My Friends in High Places

Saint Anthony of Padua died at the very young age of 36 and was declared a saint within a year of his death — the fastest on record. When Pope Gregory IX was asked how he could canonise Anthony so quickly it is claimed that his simple reply was: “I knew the man.” 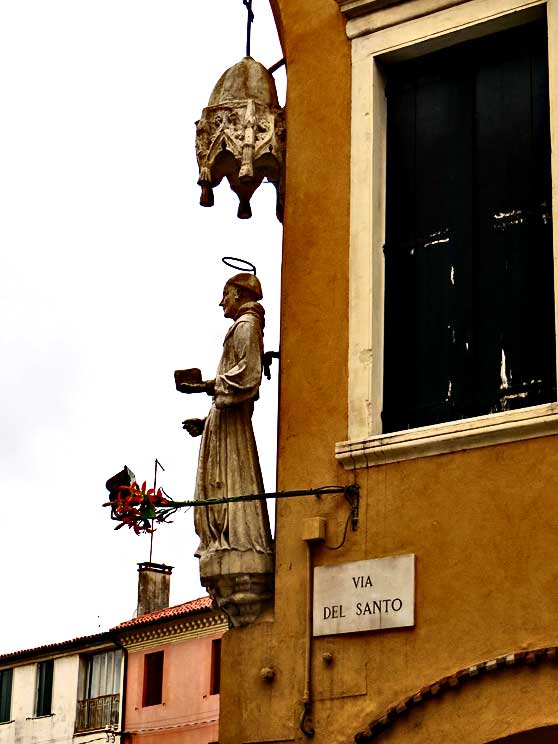 A statue of St Anthony is seen on a house facade facing the square in front of the basilica in Padua, Italy, that holds the saint’s tomb. (All Photos: Günther Simmermacher)

When I was growing up I had a special friend. He was very wise and very holy. He knew all about Italy which was one of my passions. He was a great public speaker, which was another passion — and he worked for the Church.

He was also about 800 years older than me and dead. Because my special friend was my patron — St Anthony whose feast day is on June 13.

So how can I call this man whom I never knew my friend? Because it feels like I do know him and that he knows me. 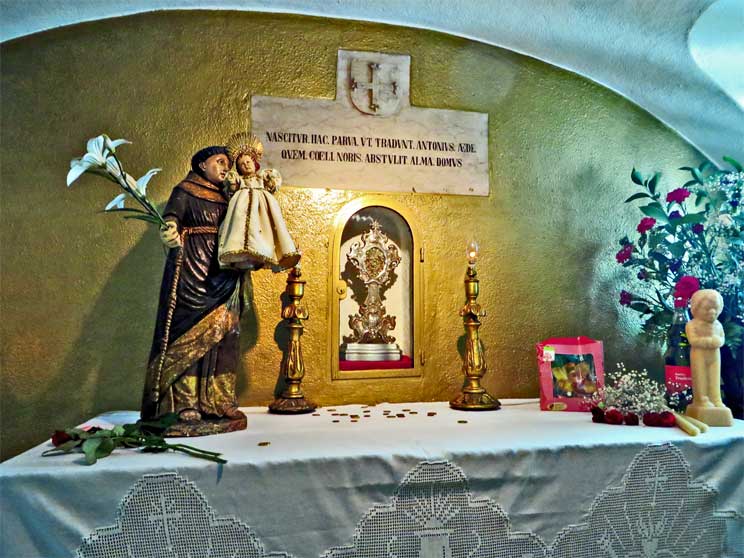 A statue and relic of St Anthony in the church in Lisbon that stands on the birthplace of the great 13th-century saint.

My late grandmother, who lived with us till I was ten and had a huge influence on my religious education, was very devoted to St Anthony. So when I was born she insisted that my middle name be Anthony. Being a curious child — and with scant information about or interest in St Raymond, the Spanish Dominican canon lawyer — I was determined to find out everything I could about St Anthony.

I learnt that he was born in 1195 and initially joined the Canons Regular (thus he is the second most famous ex-Augustinian after Martin Luther). He had already given up a lot of family wealth, but when he encountered the recently founded Franciscans, he was even more determined to lead a life of poverty and joined them.

When Francis of Assisi later met him he felt that here was a definite kindred spirit and he entrusted Anthony with the theological training of the novice friars. When non-Catholic Christians ask me about our relationship with the saints, my explanation is that, just as I might ask a friend to pray for me, I can also ask a saint to pray for me.

Because even if they are long dead, a different nationality, a different background and even a different gender,saints can be equally intimate as our friends and thus we can ask for their help.

One way in which Anthony is often invoked is to help find things that have been lost. I understand that the origin of this is that one of St Anthony’s novices was leaving the order and at the same time a much-treasured book of his also disappeared. St Anthony prayed for its return and miraculously it reappeared! History does not record what became of the novice.

I am a quite a forgetful person who often loses things. Was it a coincidence that I had been given Anthony as my middle name? It seemed not.

Similarly, as I was pursuing my studies I could ask my friend, who happened to have been declared a Doctor of the Church, to pray for me. And he could even be of assistance in my emerging practice in public speaking. St Anthony was renowned for his eloquence and ability to preach spontaneously.

When his corpse was disinterred several years after his death to be placed in a grand tomb, it was found that his body had disintegrated but his tongue— the source of his eloquence — had remained intact. I finally had the chance to visit that ornate basilica that dominates Padua and I was thrilled to see in a glass reliquary the famous tongue, somewhat dried but still intact after almost 800 years.

So is this all ghastly morbidity or sentimentality? To me our relationship with the saints is one of our greatest Catholic treasures. 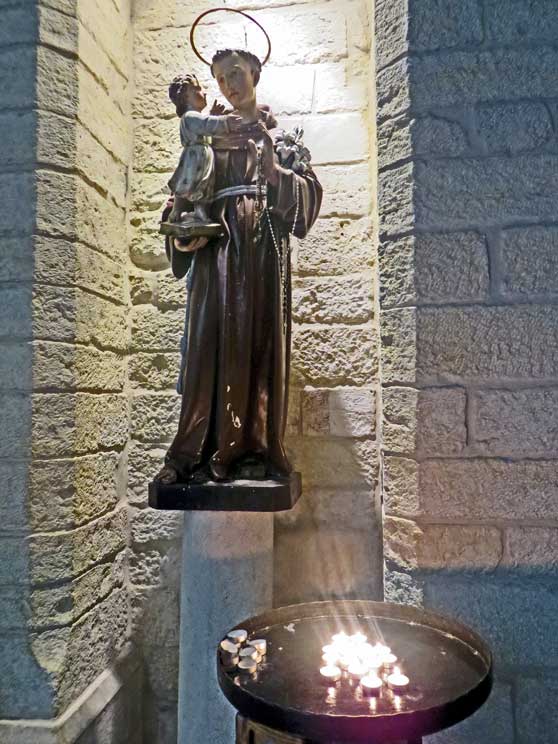 A statue of St Anthony in the church of St Catherine in Bethlehem, West Bank.

Through redemption in Christ — promised to us on earth and already realised by the saints in heaven — we are all united as one Church through time and through space. That is a very powerful community of prayer. It means that we are never alone. And it means that we can have special friends who help us with special requests.

Our lives are made up of lots of little details and we might be afraid about “troubling God” about these. That of course is a mistake but it is psychologically understandable. Saints, who have been involved in lives as complicated and as trivial as ours, are people to whom we can turn without embarrassment to help us with those little things.

Of course, it is still God’s power that is at work, but these individual saints, with their special focuses and special interests, can make us feel more comfortable about asking for that help.

So I encourage you to look again at your names and confirmation saint, and see if there is special help that God is offering you through your patron. Or look at the needs you have in your life and find the saint who has been named for us by the Church to help us with that need.

If you are not sure which saint to invoke then turn to the Internet which can help fill in the details. And if you are struggling with Google, a quick prayer to St Isidore of Seville will help. Because in his age Bishop Isidore tried to record everything that was known to humankind, so St John Paul II declared him the patron saint of the Internet.

Mary Magdalene and Me