Winter is the season of fires in informal settlements as the use of hazards such as paraffin and open flames to heat and light dwellings increases. 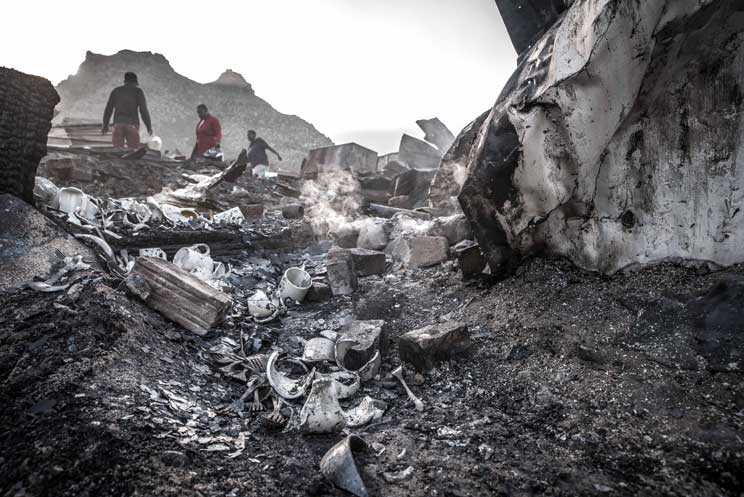 It takes one small mishap with a stove or candle to start a fire. Because of the building density in informal settlements, a fire that breaks out in one shack can easily spread to neighbouring structures and beyond — especially when water sources are remote. Often a fire that breaks out in one place can devastate a whole community, sometimes leaving hundreds of people homeless and robbed of their meagre belongings.

It must shock us that between 2000 and 2015, more than 500000 people were made homeless by fires in South Africa. This number exceeds the combined populations of Kimberley, Polokwane and Klerksdorp.

Relief agencies, as we read in an article this week, respond in alleviating the most immediate material needs in the form of food, clothes and blankets. This is necessary, and Catholic parishes, institutes and schools may well consider cooperating with relief agencies to meet the needs of those affected by fire.

But for some victims of fire the suffering is not only material. Those who sustain burn injuries are confronted with medical conditions which the state cannot always adequately meet, and with concerns for their future that range from limited employment opportunities to social exclusion.

They are often ostracised — or feel ostracised — because of their appearance, especially when the burn injuries are facial. Many withdraw from society and disappear from public view altogether. How often do you see a person with severe burns injuries in public — a supermarket, a restaurant — or even on television? How many such people do you know?

The vast majority of burn survivors are poor. To illustrate: 98% of the children treated for burns at Cape Town’s Red Cross Children’s Hospital are from disadvantaged communities.

Children especially are vulnerable when their appearance makes schooling and other forms of engaging with their peers difficult. Many reach adulthood with little by way of education and skills when they enter a job market that is already difficult to access.

It is perplexing that, after more than a decade of lobbying, the government should still exclude non-amputee burn survivors from applying for disability grants. 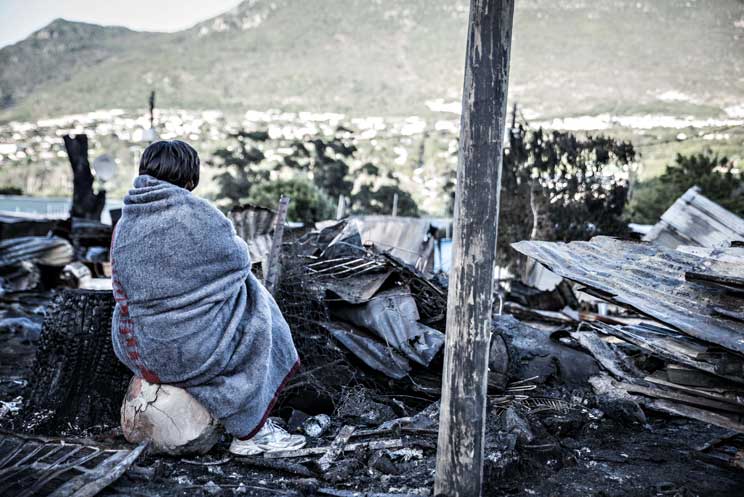 The government might claim that in theory a burns survivor could obtain employment. In practice, however, people with burns often have sparse employment opportunities — because their physical appearance dissuades potential employers from offering them a position; because their skin damage (especially hand injuries) precludes the performance of many tasks; because of deficient schooling on account of social stigma.

As it casts aside its moral duty to care for burns survivors, the state compounds the marginalisation of already vulnerable people.

This should not be left exclusively to firefighters, non-governmental organisations and interested individuals, though these do have an important role to play. It would be beneficial if comprehensive fire prevention education was included in school curricula and extended to those communities most at risk, with a view to modifying behaviour and environments.

However, for many South Africans living with burn injuries such prevention strategies would come too late. A moral obligation rests on the state and on society to secure the reintegration of burn survivors into all walks of South African life.

In our edition of May 11 we encouraged readers to register as organ donors; this week we urge readers to also register as tissue donors, so that in the event of their death, skin can be harvested for treatment of people with severe burns.

According to Dr Nikki Allorto, a specialist burns surgeon: “161 children are severely burnt every month in South Africa. Six of these children die due to an inadequate burn care system, and the availability of donor skin is crucial to alleviate suffering and to contribute towards reducing these high mortality rates.”

Tissue donation also includes bone, cornea and heart valves, all of which are subject to a critical shortage in South Africa. Sign up to donate and save lives