After a few years of using the new edition of the Roman Missal in English and the Revised Standard Version Second Catholic Edition for the Lectionary (readings at Mass) can we please have a “mid-term review”? 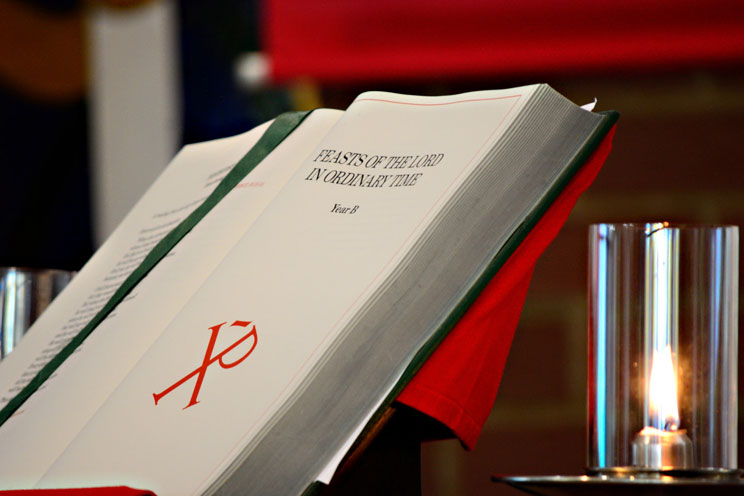 After all the hype and considerable vitriol that accompanied the new English translation and its introduction, I think we — the Church that speaks to God in English — need to be heard once more.

But the law of Lex Orandi, Lex Credendi — “the law of praying [is] the law of believing” — applies even in English. As the Church prays, so is her belief—and we’re praying badly.

My conviction as a parish priest and as one who was involved in the roll-out of the new missal in English is that the entire process was flawed. I think we as a Church have made a fundamental error in the way that we translated the Roman missal for speakers and readers — and not for hearers. ‘Prompt our actions with your inspiration, we pray, O Lord, and further them with your constant help, that all we do may always begin from you and by you be brought to completion” (Collect Thursday after Ash Wednesday; 3rd Edition of the Roman Missal).

There has been the argument that the Latin-to-English translation mirrors the high register of the Latin and that it is a fine translation according to a clear voicing. Yes. The presider needs to prepare the voicing of the prayers beforehand…

Yet after a few years, these prayers are not becoming familiar. They jolt and jar and are unfamiliar. And that was never meant to be the case. I doubt there are many who on hearing the presidential prayers at Mass go home remembering them. From where I stand and look—when I can look up from the concentration needed to make some sense of some of the prayers — the prayers are by no means “Collects” but are just about as relevant as the few words a priest says before the liturgy of the Word — no one really remembers. The inconsistency of translation and voicing might well expose the inconsistency in Latin. But I think that we also see that the translation committee had different people with different ideas and that a time-line for a new translation was the key determinant for the quality.

The translation became political and I think our liturgy and prayer has suffered as a result.

The bishops who lived through the process will break out in a cold sweat at the thought of living through this process again. It was tedious. But even if it goes nowhere, we do need to have a chance to review, as in everything in ministry, and ask if this direction of translation for speaker and reader has not lost the listener.

I was recently criticised for changing the “thy” in the Our Father. It’s a personal thing and I don’t advocate it. I just pray the “Our Father” in my English. Not some pidgin or slang, but in acknowledgment that English is a dynamic animal and has moved on since the 1611 King James Version of the Bible on which our unfortunate Our Father wording is based. I do not live in Jacobite England.

We also need to start asking questions of the lectionary translation. Of course, this won’t be a quick change, but the Revised Standard Version 2CE really isn’t the best. It beats the Good News translation hands down, but is this really the best we could do? The politics of gender intervened in this one. Please, can we start talking about better translations? I think a lot of this change has to do with the slow death of the missal culture which in its heyday saw Catholics having a missal to follow Mass when the priest was neither visible nor audible.

This translated into the Sunday and weekday missal of the previous generations who “heard” Mass. This culture is dying I think as more people have electronic access and their own bibles.

I actively discourage all but the hard of hearing to bring missals into Church. Missals are for preparation at home… So we are a hearing culture.

I’d like to end with a prayer from the old translation in English of the Thursday after Ash Wednesday Collect. It’s a prayer I love and have on my table constantly.

“Lord, may everything we do begin with your inspiration, continue with your help and reach perfection under your guidance. We’re far from perfect.”