While most U.S. bishops have not publicly addressed comments from Republican presidential nominee Donald Trump regarding immigration, a popular U.S. cardinal and adviser to the pope said he is worried about such rhetoric. 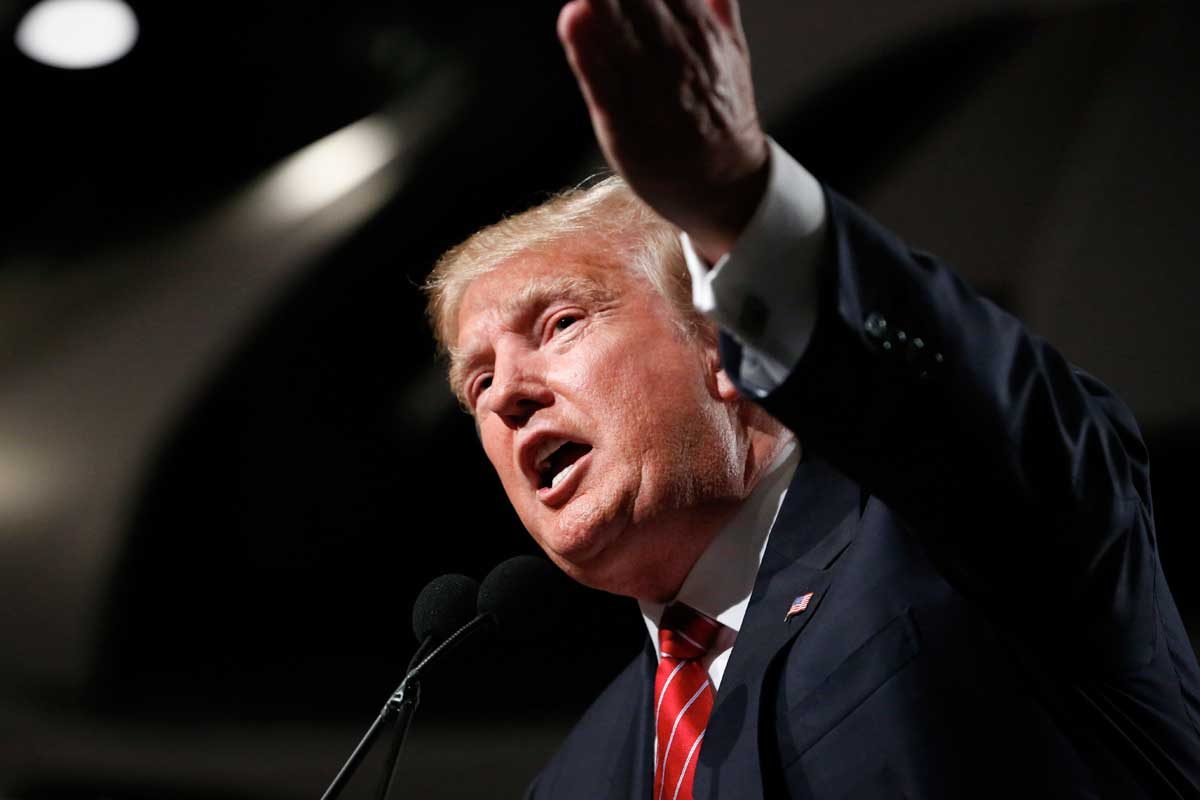 Boston Cardinal Sean P. O’Malley directly addressed the issue when he answered a question by Irish media: “Are you worried about Donald Trump’s simplistic solutions at all?”

“I worry about his rhetoric,” said the cardinal in response to the question by a reporter during an interview with Raidio Teilifis Eireann. “It’s very easy to stir up resentment and to blame groups of people.”

The U.S. Catholic bishops, citing the Gospel mandate to “welcome the stranger,” have long supported comprehensive immigration reform and a path to citizenship, especially for those immigrants already in the country.

When announcing his candidacy for president June 16, 2015, Trump famously said that the U.S. has become “a dumping ground for everybody else’s problems,” while referring to immigrants.

Shortly after that speech, Bishop Kevin J. Farrell of Dallas, wrote in a July 2015 blog about immigrant bashing of the past, including in the form of nativism, which instills a fear of losing “American values and traditions … by immigrants who were considered inferior mentally and culturally.” The Irish-born bishop said that in the past “anti-immigration laws were enacted against the Chinese, Irish, German, Italian and Eastern European immigrants,” who “were vilified as sub-human, ne’er-do-wells and drunkards incapable of productive citizenship.”

In his recent interview, Cardinal O’Malley, too, recalled how the Irish in the United States were the ones blamed for the economic problems of the country at one point. But the cardinal said that instead of looking and finding blame for a country’s problems, “we need to take care of one another.”

“We need to be able to work together as a community of nations to deal with the reasons that all of this movement of people takes place,” he said. “Very often, wars or economic injustice or oppression, causes people to make the life-changing decision to abandon everything that is familiar to them and go off to another country.”

READ  Kids Need Everyone to Fight Online Abuse and Exploitation

This year, most bishops, while refraining from addressing Trump’s words directly, have focused on recognising the contributions of immigrants or emphasising Bible teaching about welcoming the stranger.

“We pray for immigration reform in our country, for our elected officials and for people all over the world that they open their hearts to the immigrants who come to their countries,” Archbishop Gomez said.

Cardinal O’Malley affirmed the call of other bishops in the U.S. to work for “just immigration laws and a way of dealing with immigration that would not dehumanize people.”

Immigrants, he said, need to be seen as a resource and not as a burden.

“Countries have to learn to see them that way,” he told Irish media.

And in that sense, the U.S. has an easier task before it than Europe. Europe, he said, has a greater challenge because often people’s identity has been a shared history, a shared ethnicity, a shared religion.

“We’ve never had that in the United States. We’ve always had a collection of people from all over, every language, every religion, every race. But this is what the mission of the church must be: to bring people together to help recognise that we are all brothers and sisters in the Lord.”

In the document “Forming Consciences for Faithful Citizenship,” the U.S. bishops say that “the Gospel mandate to ‘welcome the stranger’ requires Catholics to care for and stand with newcomers, authorised and unauthorised, including unaccompanied immigrant children, refugees and asylum-seekers, those unnecessarily detained, and victims of human trafficking.”

It says that while nations have a right to control their borders and maintain rule of law, that must be “pursued in a just and humane manner.”

“Comprehensive reform is urgently necessary to fix a broken immigration system,” the document says “and should include a broad and fair legalisation program with a path to citizenship; a work program with worker protections and just wages; family reunification policies; access to legal protections, which include due process procedures; refuge for those fleeing persecution and violence; and policies to address the root causes of migration.” By Catholic News Service