Dominicans: Lead People to the Solid Ground of the Gospel 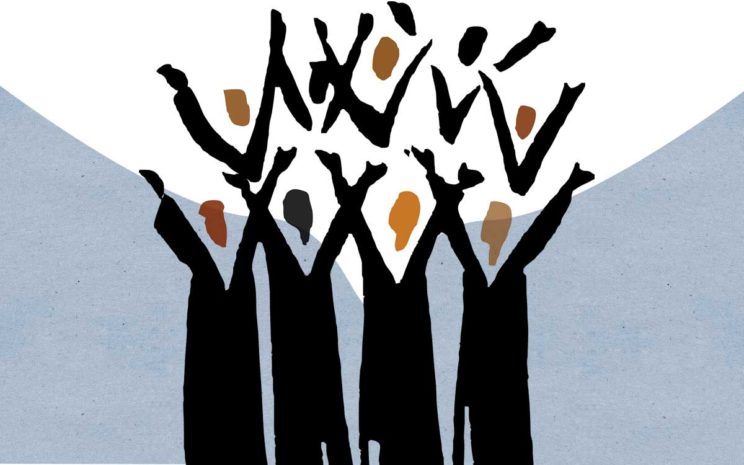 In an age that often seems to be a “carnival of worldly curiosity”, Christians are called to lead people to the solid ground of the Gospel like St Dominic did, Pope Francis said.

“We are moving in a so-called ‘liquid society’, which is without fixed points, scattered, deprived of solid and stable reference points, a culture of the ephemeral, of the use-and-dispose,” the pope told members of the Dominican order.

At Rome’s basilica of St John Lateran, the pope celebrated Mass with the Order of Preachers, founded 800 years ago, and with women religious and lay people who trace their spirituality to St Dominic.

In his homily, Pope Francis reflected on Paul’s Second Letter to Timothy and its description of proclaiming the Gospel at a time when people were “always seeking new teachers, myths, different doctrines and ideologies”.

The situation today is even more exaggerated, the pope said, because of “the seduction of subjective relativism”.

The response must be to attract people to the unchanging truth of faith in God and in the Gospel, he told the Dominicans.

When a Christian gives glory to God through his or her actions and words, Pope Francis said, people will notice and ask, “Why does that person act that way?”

St Dominic, he said, was “full of the light and salt of Christ” and preached the Gospel with “the word and his life”, helping many men and women “not become lost in the carnival of worldly curiosity”, but experience “the taste of sound doctrine, the taste of the Gospel and become, in turn, light and salt, artisans of good works”.

Closing the celebrations of the Dominicans’ 800th anniversary, the Mass came at the end of a five-day Congress on Mission to examine the situations in which Dominicans are called to preach, to promote cooperation across the different Dominican branches and evaluate where the order’s missionary outreach needs strengthening.— By Cindy Wooden, CNS