Image and Imagination: Devotions are not the same for all 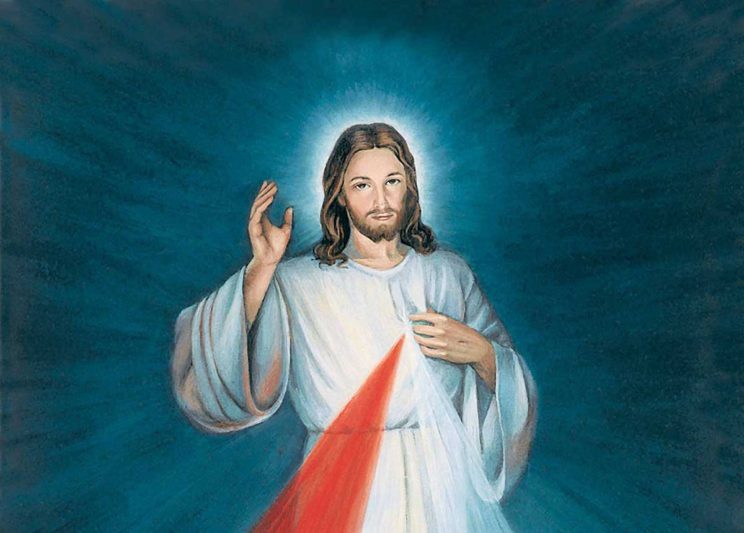 We’ve just had the feast of the Divine Mercy, a devotion started by St Faustina in Poland and widely promoted by St John Paul II.

All around the world, not least in South Africa, there is great devotion shown to the famous image of Christ as the source of Divine Mercy — an especially gentle figure with luscious, straight dark hair in a plain beige robe, contrasted with the bright colours of rays of light coming from his breast, symbolising the outflowing of God’s mercy.

Now, I am hoping that after almost five years of writing this regular column, a bond of trust has developed between you, the reader, and me. I am able to be honest with you; and I know from the letters and e-mails I have received and my personal encounters with readers around the country that you are honest with me.

So I am going to make a confession to you and I hope that you do not misunderstand me: I do not like the image of the Divine Mercy. It does not move me; it does not inspire me; I would rather look away when I see it; I find it is not a help to my prayer.

Now, please note: I don’t like the image, but this is not in any way a comment on the idea of Divine Mercy.

The theology is one which is immensely attractive. We are all sinners. Even the pope, when asked to define himself, said as his first comment: “I am a sinner.”

Catholics often find it very easy to identify as sinners; perhaps that is why we turn out in droves for Ash Wednesday and Good Friday (neither of which, ironically, is a holy day of obligation). It is expressed in what is comically called “Catholic guilt”.

But we sometimes find it much harder to accept that we are sinners-who-are-saved. We believe fervently that Jesus died because of our sins; we believe rather more timidly that by rising from the dead he has given all of us the gift of eternal life.

That is why a focus on Divine Mercy is so valuable. Because it reminds us that the God who knows we are sinners, is also the God who offers us his mercy—not once, not twice, but seventy times seven. So we can always return to God as individuals in need of his mercy, and also as a parish, or as a Church, or as a nation.

Saint Faustina’s specific image of Christ as the source of Divine Mercy helps many people to reflect on that. It doesn’t “do it” for me. But there are other images that I can use. And I should make sure that in my prayer life I do use words or pictures that help me reflect on, and so learn to accept, the gift of God’s infinite mercy.

Let me draw a comparison with another popular devotion. It dates from earliest times but became especially popular since the 17th century: the Sacred Heart of Jesus. This was also the result of a vision by a woman, St Margaret Mary Alacoque, and was promoted by a Jesuit priest, St Claude de la Colombière. 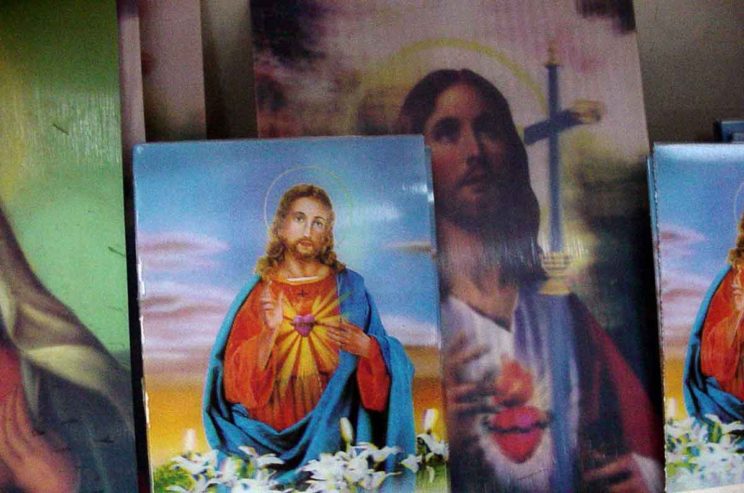 Images of the Sacred Heart of Jesus in a shop in Cana, Galilee. “The underlying theological truth of the devotion is always bigger than any one representation of it.”

It has also gained widespread acceptance and is characterised by a very particular image of Christ, this time with luscious, wavy dark hair and with an over-sized throbbing red heart surrounded by thorns, sitting on top of his chest.

We, of course, had that picture framed in my home when I was a child and I never questioned it.

Then one day a non-Catholic friend came home from school and saw it and was shocked: “That’s hideous!” he said. I leapt to the defence of the image but when I reflected later I did begin to see his point. It is certainly a very odd image and if you are not used to it, it can be off-putting.

Once again, the underlying devotion, which focuses on Jesus having such love for us that he is willing to undergo any sacrifice, is very valuable theologically. But, once again, an image which helps some people to appreciate that understanding of Christ, might actually prevent others from appreciating it because they cannot get past the specific picture.

I found myself often apologising for that image to non-Catholic friends.

And then, when I was first in Johannesburg, I saw the famous statue of the Sacred Heart in the courtyard of the Marist college of the same name. It proudly displays the bullet holes from when the apartheid soldiers used to take pot shots at the statue to try and intimidate the teachers and the students at this non-segregated school.

I have over the years looked out for different representations of the idea of the Sacred Heart — perhaps less garish than the traditional one — to remind myself that the underlying theological truth of the devotion is always bigger than any one representation of it, no matter how famous.

As Catholics, we are a tribal group and so we sometimes feel that everyone in the tribe should share love for the same images. But that is unrealistic and also un-Catholic: “catholikos” after all means universal.

Our faith is never limited to just a specific set of artistic representations from particular places or particular times. Instead, our faith embraces all of human experience, across time and across cultural boundaries. The more open we are to that, the more we are connecting with the universality of our faith.

So while we can be pleased that some fellow Catholics share our personal devotions, we should also celebrate and perhaps even trying devotions which others find especially moving.

St Ignatius is attributed with a lovely phrase: “Pray as you can, not as you can’t.” So we should not be afraid to admit that there are forms of prayer (or devotions or images) that do not work for us.

So long as we keep looking for and using the forms of prayer and devotions and images that do work for us.

Now, where did I leave my grandmother’s lovely statue of the Infant Christ of Prague?