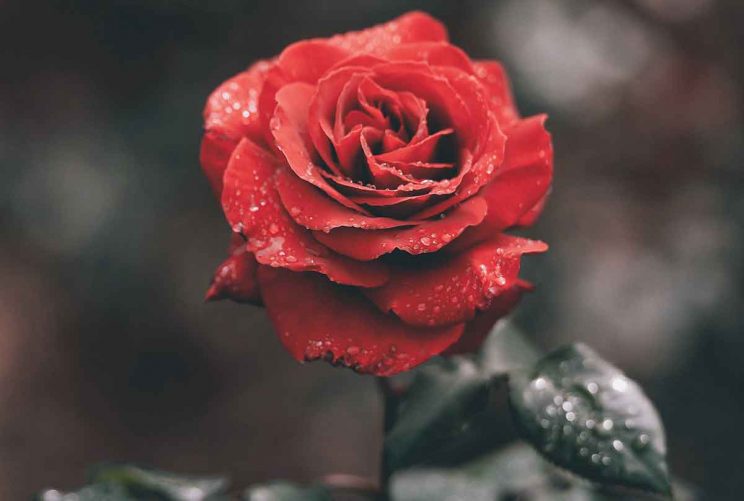 In hopes of getting my lads to read it, I recently started re-reading “1984,” the classic novel by George Orwell of a dystopian future dominated by “the Party” and its leader “Big Brother.”

Life in Oceania, where the novel is set, is characterised by constant surveillance, proclamation of the slogan, “Big Brother is Watching You,” and a “Ministry of Truth,” which seeks to blur and even reverse the line between truth and falsehood. “War is Peace” and “Freedom is Slavery” are other slogans.

The protagonist of “1984,” Winston Smith, a bureaucrat working in London for the Ministry of Truth, sees what’s going on. He has participated in the destruction of records of historical events that do not fit the Party’s purposes. Individuals who become troublesome are designated as “non-persons” and records of their existence are destroyed. Such a person, it is said, “does not exist” and “never existed.”

Winston begins his own surreptitious rebellion by starting a journal. Famously, he writes that freedom is the ability “to say that two plus two make four. If that is granted, all else follows.”

This novel, the first significant literary work that I read on my own – not for school – had a profound influence on my understanding of the nature of truth. Reading it over the summer of 1973 during the Watergate crisis, I felt a chill when a White House counsel, responding to complaints about two missing White House tapes, proclaimed: “The tapes do not exist. They never existed.”

We have not yet reached the kind of dystopia that Orwell warned of, but there seems to be what St. John Paul II described in his 1993 encyclical, “Veritatis Splendor” (“The Splendor of the Truth”) as “a crisis of truth.”

Recently Time magazine ran a question on its cover – “Is Truth Dead?” – focusing primarily on President Donald Trump’s success in shamelessly making proclamations that are contrary to the facts. The Trump administration has even coined a self-justifying term, “alternative facts.”

Though not covered in the Time story, the rise of fake news, which has been facilitated by the Internet and social media, has also hindered the pursuit of truth.

Now the article acknowledges that such politicising of the truth did not start with Trump. Of course, politicians have never had the best reputation regarding truth.

Yet I’m more concerned about assaults that go beyond mere self-serving falsehoods but actually deny reality and shake the very nature of truth itself. Nazism and Soviet communism were experts at this.

Even our democracy has witnessed such assaults on truth. We see it with many climate change deniers who ignore evidence of the human role in global warming. Unfortunately, climate change is not the only “inconvenient truth,” to use former Vice President Al Gore’s phrase.

Over the past half-century of public discourse over abortion, we have seen, through the skillful use of words like “choice,” “product of conception” and “mass of cells,” a deliberate effort to obscure the clear humanity of the unborn. Debate over “same-sex marriage” has been marred by a downright Orwellian denial of the truth of marriage as a union between one woman and one man. Now, even something as basic as the reality of the distinct identity of a woman and a man is doubted.

The Time article quotes philosopher Hannah Arendt that “Truth has a despotic character,” which is hated by tyrants who fear the competition. The article noted further that democracy needs facts for public debate and a check on the abuse of power.

St. John Paul, in “Veritatis Splendor” noted that human beings, through the light of Christ “are made holy by ‘obedience to the truth’ (1 Peter 1:22).

“This obedience is not always easy,” St. John Paul acknowledged as humans struggle with original sin and the temptation to exchange “‘the truth about God for a lie’ (Rom 1:25).”

Yet, St. John Paul notes, “no darkness of error or of sin can totally take away from” humanity “the light of God the Creator. In the depths of [the human] heart, there always remains a yearning for absolute truth and a thirst to attain full knowledge of it.”

We have to trust in and act on that yearning to ensure that the answer to Time’s question is no.

“‘Is Truth Dead?’ Time magazine asks but doesn’t answer the question” published in  The Catholic Exponent, newspaper of the Diocese of Youngstown, Ohio. It was written by Pete Sheehan, editor and general manager. CNS