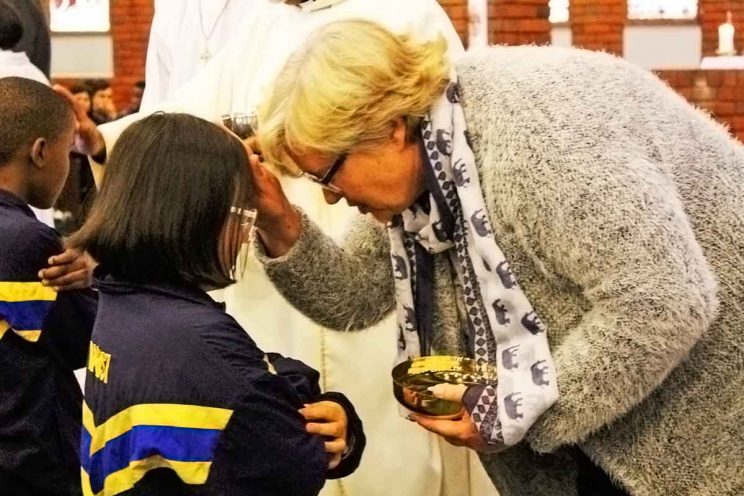 There are diverse reasons why Catholic schools in South Africa exist, but the one uniting cause must always to bring Christ into the world of young people.

Most of our Catholic schools — those operating in rural areas and townships — do so by giving concrete Christian witness through social action to those who might otherwise not have access to education, or might receive their schooling in the troubled institutions described by Mduduzi Qwabe in this week’s Catholic Education supplement.

Other Catholic schools, certainly those that are independent but also most that are state-funded, have a particular mission of conveying a nurturing Catholic ethos in an environment that aims for academic excellence.

For all Catholic schools, the aim is to equip its learners, Catholic or not, with an ethic that reflects the love of Christ in all they do and will do in adulthood.

This does not mean, of course, that all alumni will be practising Catholics. Catholic schools worldwide have produced many exemplary Catholics but also some of the Church’s harshest critics.

It isn’t really possible to measure the success of a Catholic education by the student’s later adherence to the faith. But if a graduate from a Catholic school goes on to reject the faith but nonetheless follow a career that involves sacrifices to serve the greater good, chances are that their exposure to the Catholic ethos will have contributed to this, even if they don’t know it.

And that is an important measure for Catholic schools: to produce young adults who can take the mission of the Church into the world, be the salt and the light, explicitly or implicitly.

Catholic schools are called to facilitate an encounter with Christ, in the curriculum and in its pastoral and catechetical endeavours. In countries where the student body is Catholic,  this is relatively easy to accomplish.

But in countries like South Africa, where Catholicism is in a minority and the student bodies represent a religious pluralism, instilling in students the Catholic ethos can be fraught with difficulties.

Declining vocations and demographic shifts have changed the way Catholic schools are composed, in the areas of both teaching and student bodies. Catholic schools are not just public schools with added catechesis and morality. The Catholic ethos must permeate these schools, in ways that form its Catholic students but are sensitive to the needs of students from other faiths or none.

Non-Catholic students or their parents may object to an explicit Catholicism in institutions which they see primarily as agents of academic pursuit. Some may feel excluded by an emphasis on the Catholic ethos and associated activities.

These problems, and others like them, can be tricky to navigate. At the same time, a Catholic school does not have the option to disengage from its Catholic character.

Catholic schools are not just public schools with added catechesis and morality. The Catholic ethos must permeate these schools, in ways that form its Catholic students but are sensitive to the needs of students from other faiths or none.

This is a difficult balance to strike, and our schools need the support of their parish communities more than they need generalised accusations that they are not Catholic enough (though when they cease to be identifiable as Catholic institutions, necessary intervention may be counselled).

The trouble with generalisations is that they tend to generalise.

Of course, Catholic schools may not dispense with the external signs of the faith. Obviously, a school ceases to be Catholic when it lacks the crucifix, statues of Mary or the saints, and Mass on days of obligation.

Catholic schools still have a mandate to instruct their Catholic learners in the faith — though this may amount to little if parents do not assume the primary responsibility for their children’s catechesis. But the Catholic ethos manifests itself in more than just external expression.

When we want to interrogate whether our Catholic schools are still Catholic, we shouldn’t count how many Catholics teach or learn there, nor how many children can recite the Creed. Instead, we must ask whether we can locate Jesus and his Gospel at these schools, not only in proclamation but also in deeds.

The test is whether a school is bringing Christ and the values of his Gospels to the young people in its care, thereby encouraging them to grow to the fullness of their human potential.

When Catholic schools can combine this imperative with academic excellence, can there be any better educational choice?

Archbishop Abel Gabuza: New Graduates be the ‘Light of the World’

What Your Child’s Sore Tummy May be Telling You