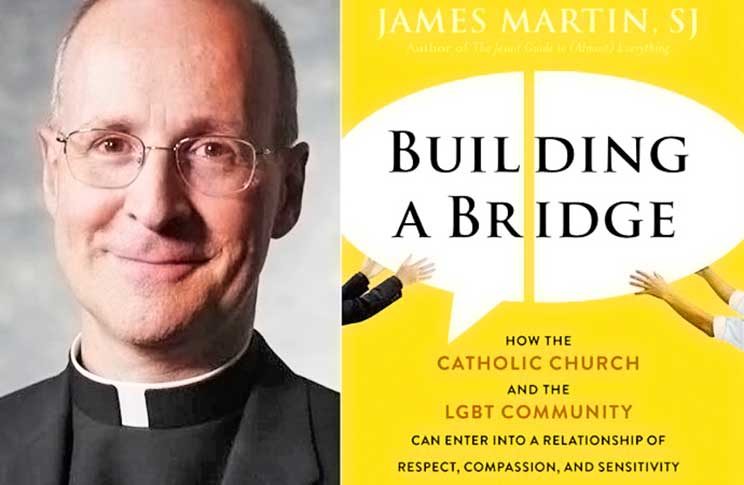 By Rhina Guidos – A US bishop vigorously defended Jesuit Father James Martin when a prominent  seminary cancelled an invitation it had extended to the well-known author, who was to speak about Jesus at an October event, after fringe groups unhappy with the priest’s recent book about the Church and ministries to the gay community mounted a series of attacks.

The seminary said the cancellation came after it “experienced increasing negative feedback from various social media sites regarding its invitation to Fr Martin”. It did not name the groups associated with the attacks.

“This campaign of distortion must be challenged and exposed for what it is — not primarily for Fr Martin’s sake but because this cancer of vilification is seeping into the institutional life of the Church,” said  Bishop Robert McElroy of San Diego in a vigorous defence published by America magazine.

“The concerted attack on Fr Martin’s work has been driven by three impulses: homophobia, a distortion of fundamental Catholic moral theology, and a veiled attack on Pope Francis and his campaign against judgmentalism in the Church,” wrote Bishop McElroy.

In a Facebook post, the priest wrote about the incident and said the attacks included “a storm of phone calls, emails and messages to the theological college, which included, I was told, people screaming at the receptionists who answered the phone. In the end, they felt that the expected protests and negative publicity would distract from Alumni Day”.

Building a Bridge: How the Catholic Church and the LGBT Community Can Enter into a Relationship of Respect, Compassion and Sensitivity, the book that has driven the controversy, grabbed the No 1 spot on Amazon’s Roman Catholicism category.

John Garvey, president of The Catholic University of America, where the seminary is housed, issued a statement saying  it was “problematic” that groups within the Catholic Church demonstrate an “inability to make distinctions and to exercise charity”.—CNS

Bishops want Action on Rogue Priests who Remain in Europe