What are Kids up to on the Internet? 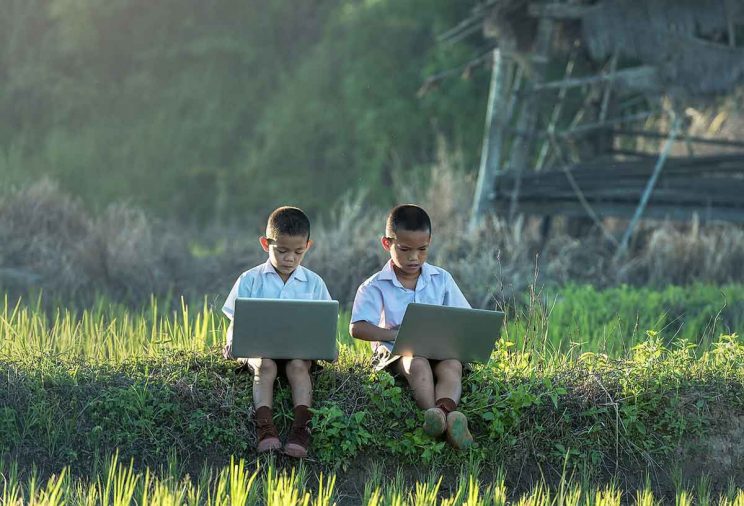 With children having increasing access to the Internet, parents have to mediate their use, as DR JOAN IBEZIAKO explains.

In May last year, the “Blue Whale Challenge” — an online suicide game which dares kids to kill themselves — was topical in South Africa and internationally.

After signing up to the “Blue Whale Challenge”, the user is assigned a group administrator who issues tasks of gradually increasing intensity and severity over the subsequent 50 days. They range from trivial ones, such as listening to certain songs, to extremes of cutting words or the symbol of a whale on one’s skin, before finally taking the winning step of killing themselves.

There is a claim that it was created by a former Russian convict, although scientists have not been able to clearly state if it is a myth or real, nor is there conclusive proof that actual suicides have resulted from it.

Teenagers are most at risk to this kind of game because they are at a stage in their lives when they are vulnerable as a consequence of certain characteristics of self-affirmation, therefore wanting to break parental boundaries; need to be part of a group leads to giving in to peer pressure; and being full of energy and feeling adventurous, they end up taking risks.

The virtual world allows the space to act freely without the restrictions prevalent in the real world.

A report from Global Kids Online reveals that the average age for Internet usage among children between the ages of six and 17 is 11,7. Of course, those over 17 years are also heavy users.

Smartphones are the most commonly used platforms to access the Internet, followed by tablets and computers. Very few would use expensive gadgets such as smart televisions.

The Internet offers varied opportunities according to age: to learn new things and for research; community, civic and creative participation; social relationships; personal and commercial activities, as well as skills development.

But it also exposes its users to risks regarding content, contact and conduct. Some of the risks reported by teenagers themselves are gossip; racist, xenophobic and ugly comments; invitation to be friends by strangers; pornography; violence and inappropriate language.

According to global estimation, one out of three Information and Communication Technologies (ICT) users is a child; four out of ten children are in contact with a stranger in the virtual space; and two-thirds  of children have seen or watched pornographic images.

The majority of teenagers affirm the absence of parental intervention and guidance while on-line or lack of awareness of the child’s on-line activities.

Children need to have a right to their freedom and space, but how can they channel that in order to attain perfect self-fulfilment without good orientation?

Where are our parents?

Studies have shown scarcely any intervention in the misuse of technologies and content accessed by children on the Internet by parents or teachers.

Parents have a primary and inalienable role as educators of their children, and teachers come in to play a subsidiary role.

ICT falls within the sphere of education which is not only about providing technical knowledge, cultural enrichment and developing capacities, but also — above all — forming the person to be ethically good.

Parents need the support of policies and professionals to become versatile in the use, benefits and knowledge of ICT. They need help to access resources on how to evaluate the good use of these new technologies and technical tools to ensure safe Internet usage.

Parents and educators can therefore benefit from easy-to-use educational strategies that would improve their confidence and competence in ICT usage enabling relationships with their child, providing guidance on how to mediate digital media, as well as giving a guiding role in sibling conversations, since older siblings have a major influence in the learning of younger ones.

The outcome is a child with high academic performance and self-esteem, good social skills, less tendency to mental illness and delinquency.

They are stern disciplinarians and often employ punishment to control children’s behaviour, are unresponsive to their children’s needs and are generally not nurturing.

The child turns out as egocentric with poor social skills, having problematic relationships and displaying impulsive behaviour.

In some cases, such parents tend to have mental issues themselves such as maternal depression, or had experienced physical abuse or child neglect at a young age.

The child is pushed to delinquency, impulsive behaviours, drug and alcohol abuse as well as suicide.

At the core of upbringing is to ensure a balanced character, ability to act independently and apply moral principles in concrete situations. The “authoritative or democratic” parenting style is the best suited for humanising a person.

These parenting styles have been found to influence parental guidance on internet usage.

Livingstone et al, in their study of children between 9-16 from 25 European countries, described five types of parental mediation to regulate ICT usage.

The term mediation refers to measures that are applied in order to ensure Internet usage by a child or ward maximises the benefits the internet gives to them while minimising the harm which they could experience.

Active mediation of Internet use occurs when the parent is present, stays nearby, is encouraging, shares or discusses the child’s online activities.

The second, active mediation of Internet safety, whether before, during or after the child’s online activities, has the parent guiding the child in using the Internet safely, also possibly helping or discussing what to do in case of difficulty.

Thirdly, with restrictive mediation, the parent sets rules that restrict the child’s use of particular applications, activities, or of giving out personal information, while monitoring.

In the fourth mediation strategy, the parent checks available electronic records of the child’s Internet use afterwards. The parent might use software or parental controls to filter or restrict the child’s use.

There is no one perfect strategy because other constraining factors—such as cultural norms, family context, influence from siblings and parents’ Internet usage as well as age of the child — should be taken into consideration.

In education and guidance, the importance of modelling expectations is pivotal. Whatever the strategy might be, the final goal ought to be fostering in the child the capacity to discern when, what and how, navigating the virtual world should enhance true personal values besides providing technical and intellectual know-how.

It means maintaining a balance between monitoring and managing young people’s online behaviour, while also allowing them the freedom to handle their internet use responsibly.

Online parenting should be approached in the same way as offline parenting: developing safe, stable, open and nurturing relationships between parents and their children, focusing on bringing up confident, responsible, empathetic and resilient young members of society, whether on- or off-line.

South African legislation makes provision for the right to privacy and communication including ICT, as well as promoting safety of the child but there is no framework describing necessary critical skills to navigate the virtual would safely.

This is a big gap in enforcing positive protective legislative framework.

In June 2012, there was a joint launch of Google Online Family Safety Centre by UNICEF, the South African government, civil society and media companies. This website is accessible via mobile network and desktop in English, Zulu and Afrikaans. It offers guidance for parents and caregivers on regulating ICT usage.

Other useful information offered on the website include the definition of sexual abuse according to film and publication regulations, the obligations of Internet providers, and use of security tools.

Besides this, the Centre for Justice and Crime has published a leaflet titled “Digital Parenting in South Africa”, with simple and accessible information for parents, caregivers and children as well as links to other resources.

Dr Joan Ibeziako is a senior family physician in the Ekurhuleni Health District and lectures at the University of Pretoria.