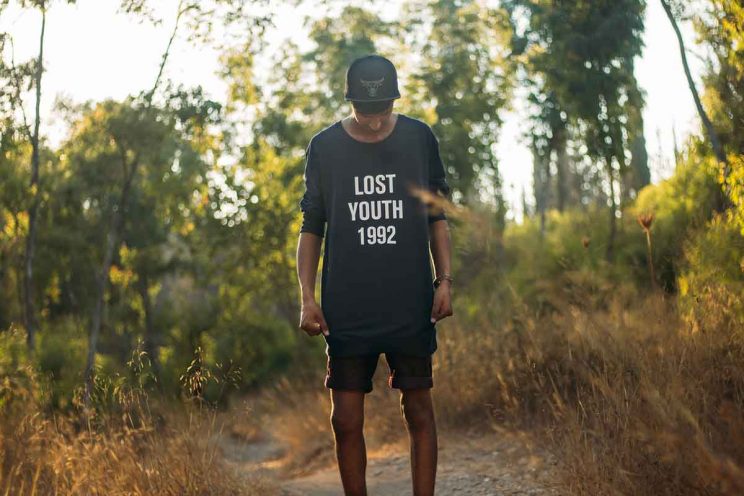 It’s no secret that for years, teenagers and young adults have been leaving the Catholic Church, putting aside organised religion for a more personal spirituality, another faith tradition or no faith at all.

A new study by St. Mary’s Press looks at the reasons for such religious disaffiliation, asking teenagers and young adults ages 15 to 25 a basic question: Why did you leave the church?

The answers reported in the study, titled “Going, Going, Gone: The Dynamics of Disaffiliation of Young Catholics,” vary widely with respondents citing sociological, familial and spiritual reasons as well as opposition to organized religion.

What’s key to the study, said John Vitek, CEO and president of St. Mary’s Press, is that the process gave young people a voice, something which has not happened often within the church.

“We wanted to hear in young people’s own words their lived experience and their stories. So we spent time listening to young people throughout the country, to hear their story in their own words, uncensored and unfiltered,” he said.

The study’s release coincided with a 90-minute symposium that included two young adults, a priest, a sociologist who studies religious affiliation trends and an audience of about 200 people from parishes and dioceses throughout the country.

The discussion occurred on the first day of a three-day invitation-only meeting of 65 Catholic leaders, many of whom work in diocesan and parish youth and young adult ministries.

The two-year study found that religious disaffiliation is a process and often begins with questions about faith, doubts and hurts that accumulate over time “until it’s too much,” Vitek said. The process begins at an early age, sometimes as young as 10 years old.

The study also found that the median age for young people to leave the church was 13 even though teenagers may have continued attending Mass with their families because they felt pressured to do so.

A Breakdown in Faith Transmission

Vitek added that almost all respondents interviewed said they felt more freedom and were happier after leaving the church.

Father Edmund Luciano, director of development in the Diocese of Metuchen, New Jersey, and a former diocesan director of youth and young adult ministry, said during the discussion that 13 years old was too young to “be allowed to make decision like that.”

“I see a breakdown in this in the home and in the parents,” Father Luciano said. “They are the primary teachers of the faith. They are the role models and the examples. I don’t think the kids are doing anything wrong. I look to the parents wondering why they’re not supporting the growth of their kids.”

The priest and others suggested that the church must better equip parents, teachers and ministry leaders to not shy away from questions young people have about faith.

Panelist Father Joseph Muth, pastor of St. Matthew Parish in Baltimore, said teenagers often have many questions about life and that personal religious life was no exception.

“It’s the normal process of growing up. In that moment we need someone to trust the questions being asked and to be equipped to give an answer,” he said. Many in the audience nodded in agreement.

Parishes May Not Be Welcoming

Christina Hannon, young adult engagement officer with the Coalition with Young Adults in Northeast Ohio, who was in the audience, said she has learned that young adults are looking for a place to be welcomed. If a parish is not welcoming, she suggested, a young person may decide to abandon the church altogether.

Panelist Beatriz Mendivil came to the U.S. from Mexico at age 12 with her family and grew up Catholic but left the church at age 20 to explore other options. She said she began wondering about church practices, particularly confessing sins as a 10-year-old.

“I was so ashamed I had to sit there and talk to a complete stranger,” she said, adding, “I felt … just awful and this person was just sitting there telling me that I was not good. As a 10-year-old I think that’s not fair. I think that creates a trauma for a young child.”

She said she now finds peace and clarity in a “higher power,” whether it is in nature, her family or even her pets.

The conversation returned repeatedly to the question of whether young people are heard by church leaders or others who can guide them through the questions they have.

Vitek said respondents thanked those conducting the study for the opportunity to speak because they had not been given such an opportunity before.

Away From Church But Not From God

Often, the questions young people have challenge religious institutions, said panelist Josh Packard, associate professor of sociology at the University of Northern Colorado, whose work includes studies on how religion drives people away from church but not from God.

He said the challenge facing religious institutions is not to change tenets but to make sure that they adhere to core values “about who we serve and what we’re here for” so that young people do not feel ignored.

The study began in 2015 when St. Mary’s Press, based in Winona, Minnesota, contracted with the Center for Applied Research in the Apostolate at Georgetown University in Washington to conduct a survey of young people from 15 to 25 years old who left the Catholic Church. It started with a pool of 3,450 randomly selected young people of which 1,435 completed the screening process.

The full report resulted from interviews with 204 young people — 20 teenagers and 184 young adults — who once self-identified as Catholic but now do not.

From the sample, the study estimated that 12.8 percent of U.S. young adults between 18 and 25 years old and 6.8 percent of teenagers 15 to 17 years old are former Catholics.

In the larger pool, 20 percent said they were no longer Catholic because they stopped believing in God or religion; 16 percent cited an issue with family or parents leading to their decision to leave; 15 percent changed faiths on their own while their family remained Catholic and 11 percent said they left Catholicism because of growing opposition to the church or religious institutions in general.

The study also found that 74 percent of the sample said that they no longer identified themselves as Catholic between the ages of 10 and 20 with the median age being 13. More than one-third, 35 percent, have no religious affiliation, 46 percent joined another religion and 14 percent said they were atheists or agnostics.

The margin of error  is plus or minus 6.9 percentage points.

The study broadly categorized respondents into three categories — the injured, the drifters and the dissenters — based on the reasons given for leaving the church.

It also outlined a series of reasons respondents gave for their religious disaffiliation including family disruption; hypocrisy within the church; disconnection between belief and practice of the faith; lack of companions on a spiritual journey; disagreement with church teachings, particularly same-sex marriage, abortion and contraception; issues with teachings about the Bible including salvation, heaven and life after death; and disillusionment and frustration that their questions about faith were never answered or that they never had the opportunity to ask them in the first place.

The study follows a Pew Research Center study released in 2015 that outlined the religious landscape in the country and uncovered the rapid increase in people without any religious affiliation, who are sometimes referred to as the “nones.”

Pew researchers found in 2014 that 22.8 percent of Americans said they were religiously unaffiliated, up from 16.1 percent in 2007. The percentage of the unaffiliated rises to 36 percent for young adults 18 to 24 years old and 34 percent for adults in the 25- to 33-year old range, according to Pew.