Movies for Lent with Conversion Themes 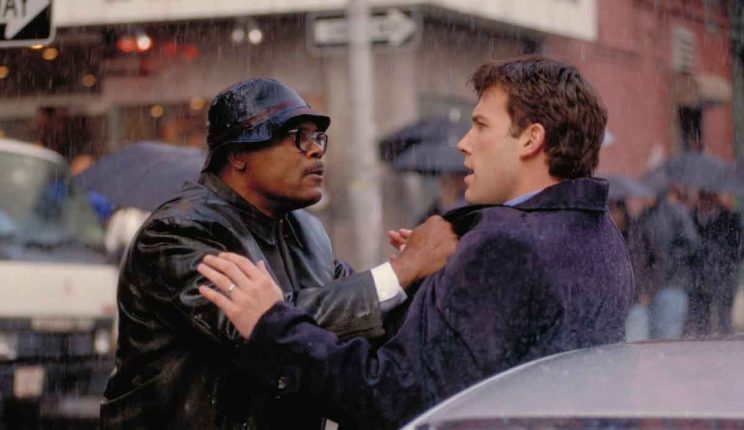 Lent is intended to be a season of ongoing conversion for the baptised, as well as of increasing conformity to the message of the Gospel.

With that in mind, here, in alphabetical order, are capsule reviews of 10 films that showcase characters experiencing a positive change of heart, mind or outlook.
The movies are mostly of relatively recent vintage, couple hearken back to Hollywood’s Golden Age and suitable for an adult audience. But a, while another two make appropriate viewing for the whole family.

“Angels With Dirty Faces” (1938)
Depression melodrama in which a gang of New York toughs (Billy Halop, Leo Gorcey and other Dead End Kids) regard a local gangster (James Cagney) as a hero until a priest (Pat O’Brien) who was his boyhood pal persuades him to help the boys by making a sacrifice on the way to the electric chair. Directed by Michael Curtiz, the simplistic plot is buttressed by convincing performances, especially the counterpoint between Cagney’s cocky crook and O’Brien’s sincere cleric. Stylized violence and justice questions. The Catholic News Service classification is A-II — adults and adolescents.

“Babette’s Feast” (1988)
Screen version of a story by Isak Dinesen, set in a rugged Danish fishing village in 1871, shows the impact of a French housekeeper (Stephane Audran) on two pious sisters who carry on their late father’s work as pastor of a dwindling religious flock. The conclusion follows the preparation and consumption of an exquisite French meal, with focus on its sensual and religious implications and its healing effect on the austere sect and the Frenchwoman who prepares it. Danish director Gabriel Axel’s low-key and understated work is rich with detail and fine, controlled performances. Subtitles. Cerebral treatment. The Catholic News Service classification is A-II — adults and adolescents.

“Brother Orchid” (1940)
Seriocomic tale of a gang boss (Edward G. Robinson) returning from a vacation in Europe to find his mob has a new leader (Humphrey Bogart), but he escapes being rubbed out by hiding in a monastery where he works as a gardener while plotting his comeback — until he has a change of heart. Director Lloyd Bacon mixes some droll comedy and a bit of spiritual uplift into a standard crime melodrama, with surprisingly agreeable results. Stylised violence and criminal menace. The Catholic News Service classification is A-II — adults and adolescents.

“Changing Lanes” (2002)
Tense drama about a cocky young lawyer (Ben Affleck) and an insurance broker (Samuel L. Jackson) whose chance encounter in a minor fender-bender escalates into a terrifying tit-for-tat as each tries to retaliate against the other’s callous comportment. Director Roger Michell’s morality tale provokes reflection on corporate ethics, individual responsibility and self-destructive behaviour while weaving a taut, disturbing tale of two men caught in the increasingly tangled web of their own actions. Brief violence, much menace and intermittent rough language with some profanity. The Catholic News Service classification is A-III — adults.

“Charley and the Angel” (1973)
After Fred MacMurray is informed by angel Harry Morgan that he has only a short time on earth, he changes his ways and becomes a dedicated family man. Director Vince McEveety handles the Disney Depression-era story with a suitably light touch that allows Harry Morgan a maximum amount of fun while emphasizing the positive messages of the story. The Catholic News Service classification is A-I — general patronage.

“The Music Man” (1962)
Rousing screen version of Meredith Willson’s Broadway musical about Professor Harold Hill (Robert Preston), a smooth-talking con man who tries to swindle a rural community by spinning dreams of a school marching band until love pushes larceny out of his heart when he falls for the town librarian (Shirley Jones). Directed by Morton Da Costa, the show revolves around the irrepressibly energetic Preston, supported by a strong cast (Pert Kelton, Paul Ford and little Ronny Howard), nostalgic bits of 1912 Iowa corn and Willson’s lovely yet lively song-and-dance numbers, including the show-stopping “76 Trombones.” Fine family fare, though a bit long for small attention spans. The Catholic News Service classification is A-I — general patronage.

“Rain Man” (1988)
A shady Los Angeles car dealer (Tom Cruise) loses the family inheritance to an older brother (Dustin Hoffman) who suffers from irreversible autistic savant syndrome and has been institutionalized most of his life. On a cross-country auto journey, the younger brother drops his plans for a custody battle when he learns to love his brother despite his disability. Under Barry Levinson’s direction, the brothers’ intense and sometimes comical interaction during the life-affirming journey is wonderful but the rest of the movie is less satisfying and detracts from the character study. Much profanity, a few intense but brief emotionally unhinged outbursts by the autistic protagonist and a fleeting off-camera sex scene. The Catholic News Service classification is A-III — adults.

“Remember the Titans” (2000)
Uplifting drama set in 1971 about the desegregation of two powerhouse high school football teams that learn to overcome racism and go on to victory under the leadership of their African-American coach (Denzel Washington). Aside from occasionally faltering with emotional manipulation, director Boaz Yakin’s heartwarming, fact-based saga shows the triumph of the human spirit over adversity, fear and societal prejudices. Racism theme and fleeting crass language. The Catholic News Service classification is A-II — adults and adolescents.

“Schindler’s List” (1993)
Sobering account of an opportunistic German businessman (Liam Neeson) who comes to occupied Poland to make his fortune by exploiting Jewish capital and labor but, after witnessing the increasing barbarism of Nazi racial policies and the sadistic perversions of the local concentration camp commandant (Ralph Fiennes), he risks his life by using his talents for manipulation to save the Jews in his employ. Director Steven Spielberg painstakingly restages the appalling history of the Holocaust on an epic scale that gives horrifying dimension to one man’s attempt to save a few innocent lives. But the narrative provides little insight into the German’s moral transformation or the individual lives of his slave labourers. Realistically graphic treatment of an infamous historical period and its crimes against humanity, a few discreet sexual scenes and occasional rough language. The Catholic News Service classification is A-III — adults.

“The Widow of Saint-Pierre” (2001)
Historical drama set in 1849-50 on a French island off the coast of Canada where a condemned man (Emir Kusturica) awaiting the arrival of a guillotine and executioner is rehabilitated by the wife (Juliette Binoche) of the island’s military commander (Daniel Auteuil) who also comes to believe the execution should not be carried out and risks everything to prevent it. Director Patrice Leconte delicately unreels a fact-based story of unconditional love which strongly questions the morality of capital punishment. Subtitles. Brief violence, fleeting bedroom scene and some sexual innuendo. The Catholic News Service classification is A-II — adults and adolescents. By John Mulderig Catholic News Service