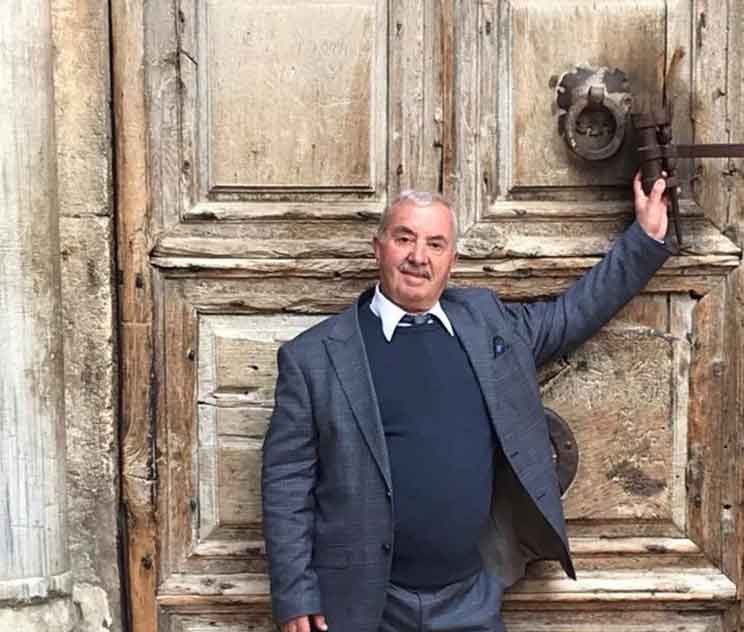 Jerusalem’s most famous Christian church, shared by three denominations, is unlocked each morning by a Muslim. Since the seventh century, the family of Wajeeh Nuseibeh, 69, has handed down the responsibility of opening the door of the Church of the Holy Sepulchre.

“If the key would be in the hands of the Greek Orthodox, then that would signify they are the owners of the church. If it is the hands of the Catholics, then it would be a Catholic Church, the same with the Armenians (Orthodox)” Nuseibeh told Catholic News Service in a 1999 interview. “So Muslims are neutral people to open and close the door.”

It’s in the Family

Nuseibeh was the one to officially close the doors of the church as the heads of churches announced its indefinite closure to protest for Israeli measures they described as a “systematic campaign … against the churches and the Christian community in the Holy Land.” He said he felt very saddened by the turn of the events. The church has since been re-opened. 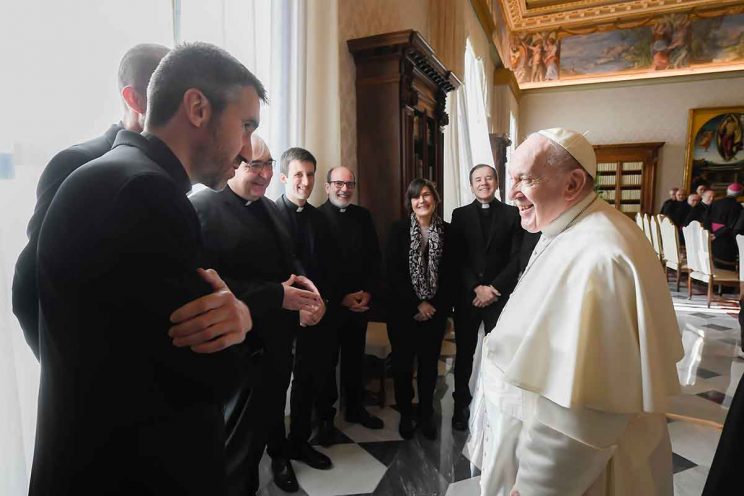 “I am very sad pilgrims are coming from distances to come here … they come to visit the church and are not able to see it because of a mistake made by the mayor” of Jerusalem to charge property taxes on church-owned property, he said. “Only if pilgrims stop coming will he stop with the issues of taxes. There will be more problems until this is solved with the municipality. I get my orders from the Greek Orthodox, the Armenian and the Catholic. Not from the government.”

Since the time of the Turkish rule in Jerusalem, another Muslim family, the Joudehs, has been responsible for holding the key. The Joudeh and Nuseibeh families employ another Muslim man to open the doors early most mornings.

Nuseibeh arrives to take his post at 9 a.m. and spends most of his day near the entrance of the church.

As a child, Nuseibeh used to visit the church with his father, Jacob. Wajeeh Nuseibeh took over his father’s position when he died in 1986. His father had held the position since 1967, when he replaced his cousin.

In a place like the Church of the Holy Sepulcher, where the 1885 Status Quo agreement is guarded by all the Christian groups in the church, this responsibility is no small matter, and the centuries-old traditions are taken very seriously.

“If he didn’t open the door, it would stay shut,” the late Dominican Father Jerome Murphy-O’Connor, a professor of the New Testament at L’Ecole Biblique, told Catholic News Service in 1999. “It is crucial to the maintenance of the whole Status Quo. If things were to change, then all the elements of the agreement would be up for grabs, and I don’t think any of the churches would be interested in that.”

During most of the year, Nuseibeh’s job consists of keeping track of when and how to open the door, depending on which group is having a religious procession and what time it is. Every afternoon at 4 p.m., he shuts the door halfway to signal the beginning of the Franciscan procession and to keep people from entering or leaving to prevent disruption of the event.

“My father showed me everything, what to do and what is the right way to do it. He wrote down notes and explained it to me,” said Nuseibeh.

The February protest closure was only the second time the doors have been shut off schedule, said Nuseibeh. Twenty years ago, the church was closed because of a disturbance caused by a visitor to the church, he said.

Every inch of the church is so carefully watched over by the different denominations that even the ladder used to reach the window in front of the door’s padlock is under contention. Sometimes it is symbolically in the possession of the Armenian Orthodox, or the Greek Orthodox or the Catholics. It is Nuseibeh’s responsibility to pound the heavy door knocker on the ancient doors, signifying the figurative changing of ownership of the ladder.

The busiest time of the year for Nuseibeh is during Holy Week. During that week, Nuseibeh gets the key from the Joudeh family, a representative of whom is also present during Holy Week, and opens the door at 4 a.m.

Traditionally on a day when all three denominations have a holy day, representatives of the Greek, Armenian and Catholic churches unbolt the door from inside, then pass the ladder outside the trap-door window, where it is received and placed upon the door. Nuseibeh then climbs the ladder, a representative of the Joudeh family gives him the key, and he opens the lock. A bell inside is rung to announce the opening, and the three representatives open the inside lock and, at the signal, pull the handle together. Finally, they all go outside to take the ladder inside.

On Holy Thursday, the key is temporarily given to the vicar of the Franciscan Custody of the Holy Land. That afternoon he is the one who hands the key to Nuseibeh to open the door, then it is once again returned to the Joudeh family.

On Good Friday, said Nuseibeh, the key is given to the Greek Orthodox in a similar fashion. The same ritual is followed for the Holy Fire ceremony for the Armenian Orthodox. Nuseibeh also plays a role in this traditional ceremony and is a witness to the sealing of the tomb of Jesus.

Discussions about opening a new emergency door to the church have never been completed, although the three denominations have agreed on a location.

“If there were to be a second door, who would be in charge of the key?” asked Father Murphy-O’Connor almost two decades ago. “If there is an emergency, who would have the key? It’s very complex when you start thinking of the details.”