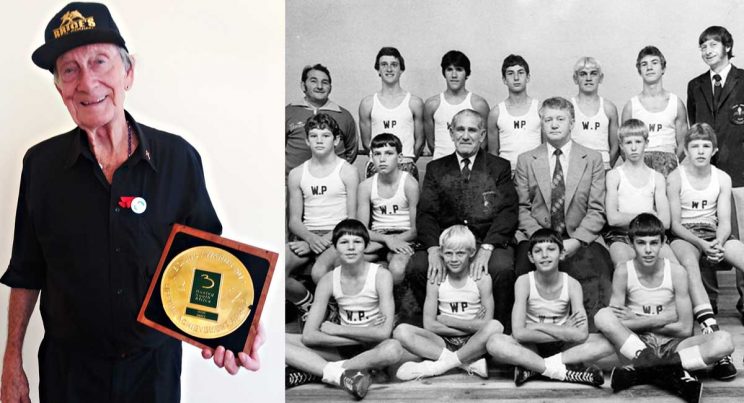 For the better part of his 86 years, Basil Brice has devoted his life to two passions: the sport of boxing, through which he became a celebrated figure; and supporting the mission of his favourite saint, St John Bosco, in a bid to help improve the lives of disadvantaged youth in South Africa.

So it was apt that on the saint’s feast day, Mr Brice learned that he was going to receive a Lifetime Achievement Award at the Boxing South Africa awards ceremony at the Boardwalk Casino in Port Elizabeth.

The Cape Town resident had just completed his nine-day novena to St John Bosco when his son Emil gave him the news.

“I felt honoured, elated, on top of the world, when he told me,” recalled Mr Brice. “ I immediately gave thanks and praise to God.”

Basil Brice’s Life in a Nutshell

Born in 1932, Mr Brice was adopted by an Irish-South African couple after losing his parents at a young age.

After completing his education at St Dominic’s Convent, he travelled up to Johannesburg where he joined the Booysens Boxing Club and received his training.

He later returned to Cape Town, where his won his first fight, against local boxer Eddy Plant, at Giles Hall in Rondebosch.

In between participating in amateur bouts, Mr Brice was the Western Province provincial youth coach from 1974 until 2001. His duties included advising on the selection of boxers, training prospective talents (particularly children living on the streets), and making sure they were in top physical form. For Mr Brice, this was a rewarding experience.

“Improving their lives meant they were given an opportunity to reach their full potential, and to become strong role models to future generations,” he said.

Mr Brice also introduced boxing to Robben Island in 1972, a time when multiracial boxing was slowly being recognised during apartheid.

As a devotee of St John Bosco, Mr Brice took the payments he received for his work as a qualified panel-beater and donated them to the youth foundation bearing the saint’s name. He encouraged his clients to place their donations in a biscuit tin that he kept in his workshop.

Mr Brice’s devotion to this cause even resulted in him rejecting pro boxing status. “If I had become pro, it would have meant relinquishing my amateur status and forgoing my ability to help children, which I simply couldn’t do,” he explained.

Since then, Mr Brice — a proud father of seven children and grandfather many times over — has gone on to co-establish Brice’s Boxing Academy in Ottery with his son Emil, a former professional boxer.

Whether it is through boxing or offering his support to the St John Bosco Youth Foundation, Mr Brice seeks to live up the saint’s philosophy to guide disadvantaged youths towards a brighter future.