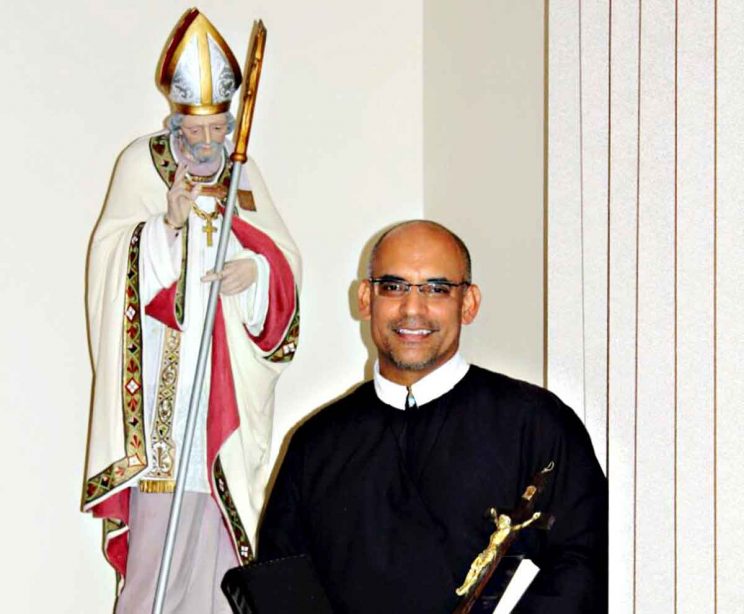 What is the vocation of a religious Brother? NEREESHA PATEL spoke to Redemptorist Brother Gavin Stokoe.

In Bergvliet, Cape Town, stands the parish of the Most Holy Redeemer, where the community of Redemptorist missionaries reside in the adjoining monastery.

When he was 18, in 1987, Gavin Stokoe visited the monastery for the first time as a member of a church group. Several stay-overs and regular visits later, he was able to experience the sense of community, prayer life and charism that these missionaries possessed.

Now, 31 years later, Br Gavin is a member of the  Congregation of the Most Holy Redeemer, which was founded in 1732 in Italy by St Alphonsus Liguori.

With a bubbly demeanour, a great sense of humour and an ability to roll profound words off his tongue with the same ease that he uses for kind words, Br Stokoe embraced the call to enter the religious life.

“I entered the congregation as a response to my deepening relationship with God,” Br Stokoe explained. “Since then, my life as a Redemptorist has been a continuous journey in further deepening this relationship.”

It Began in Childhood

Born on March 5, 1969, Br Stokoe grew up in Wynberg. Enjoying a happy childhood, his fondest memories included family outings, school holidays (“and not having to worry about homework”), shopping with his parents, and celebrating Christmas and Easter with family and friends.

His first experience of religious life came when he encountered the Cabra Dominican Sisters of Wittebome convent while he attended nearby St Augustine’s Primary School.

“I became aware of these women wearing the same clothes, praying and working in the schools together,” recalled Br Stokoe. “The beauty in which they prayed and helped each other, especially the older members, made me realise that this was what I wanted to become a part of.”

Inspired by the members of the Redemptorist community at Holy Redeemer as a teenager, Br Stokoe began the journey towards discerning his vocation. He entered the novitiate at the village of Rookdale in Bergville, KwaZulu-Natal, where he lived for three years. Memories of a being a student there are still fresh in his mind.

“All my contemporaries were good guys,” he said. “We struggled and disagreed, but we also supported and encouraged each other. Together, we prayed as a community, studied, carried out pastoral work and indulged in recreation. All this added to my foundation over the years, very much a part of my formation and growth.”

Br Stokoe studied theology, philosophy and liturgy at St Joseph’s Theological Institute in Cedara, KwaZulu-Natal. Additionally, he enrolled in a home-care course that would allow him to assist the elderly, as well as completing lifeline and spiritual guidance courses.

In December 2010, Br Stokoe was appointed to the Redemptorist monastery in Bergvliet. His duties there see him “running the domestic side of their community” which includes cooking meals.

Other responsibilities include attending to the needs of the sick and/or elderly members of the community; assisting in formation and postulancy; and participating in parish missions.

These day-to-day tasks are “challenging, but very fulfilling”, helping him grow in his vocation, Br Stokoe explained.

“Our community life is not always easy. Difficulties will always be there. It’s facing them and dealing with them that helps one to grow. I have learnt to grow through the difficulties I’ve encountered,” he said.

“I thank God every day for my formation, my formators, the community, and the support of my family, friends and spiritual directors. Also, being open and living one’s truth, knowing that one is part of a worldwide Redemptorist culture and tradition helps in this life of representing the face of the Redeemer,” said Br Stokoe.

Br Stokoe’s advises those who aspire to join the religious life to keep in touch with the monastery they are interested in, and to visit other congregations and explore their charisms. He added that it’s also good to work or study first, and experience and enjoy life. He paused and added: “Not that they won’t enjoy life here.”

Those who are interested in the religious life “must be open to formation and to God’s grace as he calls you to a religious life, from which the missionary life will flow from. Our mission is diverse; even if a priest or Brother retires, the mission still continues until death”, he said.

“Our numbers are few. I pray that we receive vocations who are men willing to be open to formation and the call to community life,” he said.

He noted that the role of the religious Brother has changed a great deal. “We have Brothers who still farm and cook, but there are others who are social workers, iconographers, give retreats, help run our shrines and so on.”

Br Stokoe said he will leave the future “in God’s hands”, but it’s apparent that his desire to serve his fellow Redemptorists and the wider community of Holy Redeemer remains as strong as the day he set foot in the monastery.