SA is Full of People Who Want to Help! Let’s Structure that Helping 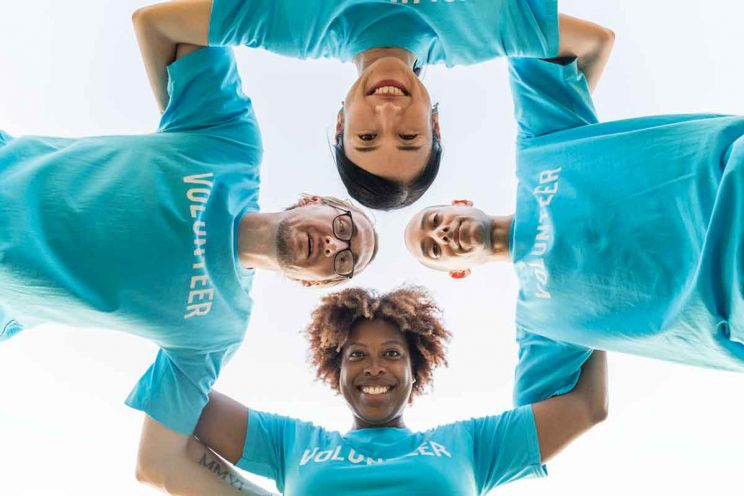 It is fitting to mark Mandela’s legacy with generous acts of volunteering and donating.  They express the values of a man who gave so much throughout his life and continues to inspire people the world over to do the same. He is quoted as saying: “There can be no greater gift than that of giving one’s time and energy to help others without expecting anything in return.”

We see such generosity all the time at the DHC — and I know that other NGOs are similarly blessed. People usually explain that they “want to give something back”. They recognise that they have more than others around them, and that it is only right to share. Christianity expresses this idea in a more theological way.  If all that we have is from God, and is a gift from God that we do not necessarily deserve, then we have a religious duty to share with those who have been given less. As St Teresa of Avila put it: “God has no hands but my hands; no eyes but my eyes.”

What’s more, we do get something back in return. I experienced that myself when I first did some serious volunteering.  I was in my 30s and working intensely for an advertising agency in London. But — as I stepped out of an expensive restaurant and into a black cab—I was reminded that I was sharing the city with people living on the streets who had so little.  I started volunteering regularly for a homeless charity, thinking that it was a way of “giving back”. But I had no idea how much I would learn—about other people, about the city, and about myself — by placing myself in such a different situation. I was working for and alongside people whose experience of the city was so different to mine. Again, to quote Mandela: “The most difficult matter is not so much to change the world as to change yourself.”  Volunteering can open us up to become better versions of ourselves.

There are other reasons why people volunteer beyond pure philanthropy — and they are valid and good motivations.  At the DHC we see young people who want to get out of their protected bubbles and experience the real world; university students who want to bolster their CVs and add new skills; qualified people who are unemployed and who want to keep their skills fresh and stay employable; corporate groups who come for a shared teamwork experience; skilled professionals who don’t want to use their skills just for making money; retired people who want company and purpose; families who want to share an inter-generational experience.

Matching Giving With What is Needed

The challenge is to match the generosity of the givers with the needs of the community. NGOs must seek to understand what people want to offer, but they also need to be clear about what they need.

I recall the law firm who told me very precisely that they had 15 people available on Mandela Day from 10.30-12.15 and could I deliver 50 homeless people for them to help? I explained that it wasn’t like ordering pizza.

The same sometimes happens with donations. Another “generous donor” was put out that I would not come and collect her broken TV which she wanted to donate for the homeless! It is good that we want to re-use things that we no longer need. But we need to spend a few moments thinking about whether they will actually be useful to someone else.

An initiative like the Mandela 100 is one way of matching volunteers and donations of items with the organisations that can make good use of them. In Durban, we might be a bit ahead of the curve but it is not too late in other parts of the country for NGOs — or better still networks of NGOs — to work together to compile a list of their needs and share it with their local communities. That way we will avoid thousands of school children all wanting to make jam sandwiches on July 18!

My experience is that South Africa is full of people who want to give their time, their goods and (I hope) their money to help others — they just need a structured way of doing it. As NGOs and faith-based organisations we need to encourage the goodwill and generosity that is already there but also direct it in way that is genuinely useful. We don’t help anyone by claiming that 67 minutes of token volunteering once a year is enough. But it is a start. To quote Mandela again: “You can start changing our world for the better daily — no matter how small the action.”

The Mandela 100 list is available by emailing mandela100@denishurleycentre.org or looking on the websites and Facebook pages of the Denis Hurley Centre.

How Drama Opens Spaces for Honesty

100 Ways to Help Durban and Your Fellow Man!