Why the Bible Really Matters 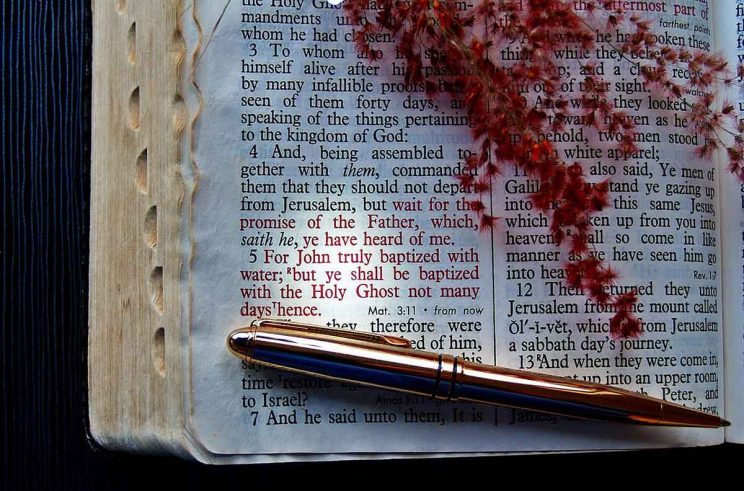 By Cackie Upchurch – The Bible is a collection of 73 books, some of which were written 2700 years ago and some as “recently” as 1950 years ago.

It was produced in a place that is far removed from our own and in a time that bears little resemblance to the modern era. It reflects a culture that many of us would find completely foreign. Its original languages are hardly spoken around the world. Why do we bother with the Bible in our day and age?

The International Bible Society indicates that the entire Bible has been translated into over 550 modern languages, with the New Testament now available in over 1300 languages. It appears on bookshelves or is accessible in digital format on every continent on the earth.

The Bestselling Book of All Time

This book is more than a collection of ancient documents, interesting to only a few collectors. It has meaning that crosses centuries and cultures and economic strata and gender and race.

With this series of articles we will explore some of the key reasons that the Bible remains the bestselling book of all time, starting with the truth that through the Scriptures God speaks with us and to us.

We know that the writers of the text were human authors. They were tribal leaders preserving their family histories and interactions with God, priests who helped to shape the ritual life of God’s people, prophets and their followers who spoke with the fire of divine conviction, apostles who travelled with Jesus or witnessed his deeds, disciples who wrote to one another to guard the faith they had been given.

These human authors did not, however, simply shape stories and preserve teachings based on their own opinions or preferences. They were inspired by God, meaning that God’s own breath animated their work.

Vatican II’s Dogmatic Constitution on Divine Revelation, Dei verbum, affirms the full humanity of these authors while at the same time their divine authorship. It is a partnership that takes flesh in the full revelation of God in the person of Jesus the Christ who was fully human and fully divine.

God’s Witness in a Book

We find the elderly couple Abraham and Sarah in disbelief that they could bear a child, much less leave descendants as numerous as the stars. And yet they heard God’s voice and set out to settle in a new place and start a new life.

Each time we feel disbelief creeping in, we can turn to their story beginning in Genesis 12.

We find Moses having fled Egypt for killing a taskmaster who abused a slave and now at home as a simple shepherd. But he heard God’s voice calling him to return to Egypt and announce God’s liberation.

Every time we feel hesitant to respond to a hard task we feel God may be handing to us, we can turn to Exodus 3 and 4 to revisit the multiple objections Moses made to God’s commission and the ultimate surrender to become God’s servant.

We find kings who shaped the nation of Israel with God’s voice in their hearts (the books of 1 and 2 Samuel and 1 and 2 Kings) and prophets who listened to God and took on the hard task of reshaping God’s people through repentance and return.

We find the witness of shepherds in Luke 2 and the Magi in Matthew 2 who heard the message of God through angels and in the appearance of a star, a message that put their feet on the path to give homage to a child born in a manger.

We find fishermen, tax collectors and scribes who left all behind because they heard God’s voice call them in the words of Jesus. They lingered with him, travelled by his side, and gave their lives in response to what they witnessed. And we are asked to do the same.

The Bible matters because it reveals the God who longs to speak to his people, so much so that he gave flesh to his Word in the person of his Son, Jesus.

This is the first in a ten-part series of articles entitled, “Why We Should Bother With The Bible, produced by Little Rock Scripture Study. This article first appeared in the Arkansas Catholic.