Pilgrimage to Ireland in Pictures

In August, a group of Southern Cross pilgrims, led by Bishop Victor Phalana of Klerksdorp, travelled to Ireland, with the itinerary framed around the anniversary of the apparition of Our Lady at Knock in the west of the country, and the papal Mass to close the World Meeting of Families in Dublin’s Phoenix Park.

The pilgrims — four of whom were on last year’s Southern Cross pilgrimage to Fatima and Avila — visited holy sites like St Bridget’s Well, were guests at the Benedictine Glenstal Abbey near Limerick, had Masses at the cathedrals of Dublin and Galway, marvelled at famous sights such as the Cliffs of Moher, and much more.

The photos on this page provide just some of the memorable scenes from this prayerful and holy pilgrimage, about which there will be more in The Southern Cross over the coming weeks. All photos except where indicated otherwise are courtesy of Günther Simmermacher. 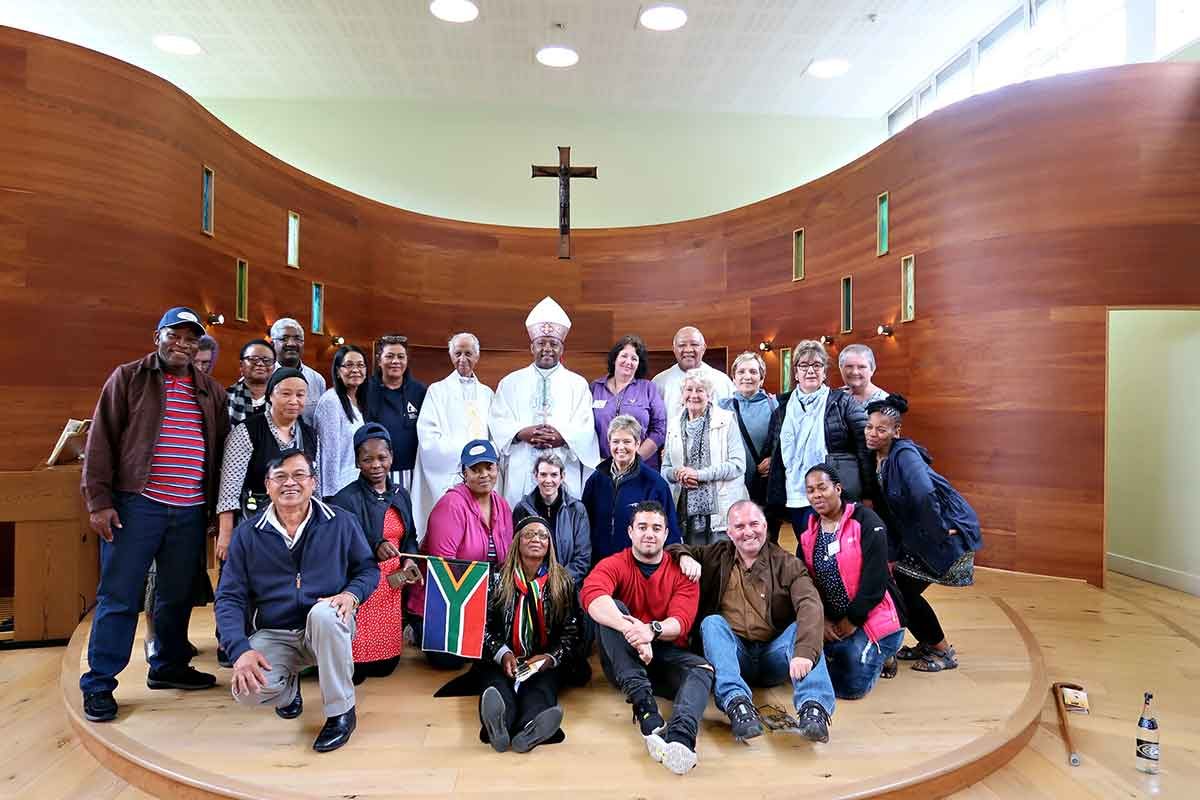 The Southern Cross Ireland pilgrims are seen in the Pax Benedictine church at Kylemore Abbey in County Galway. 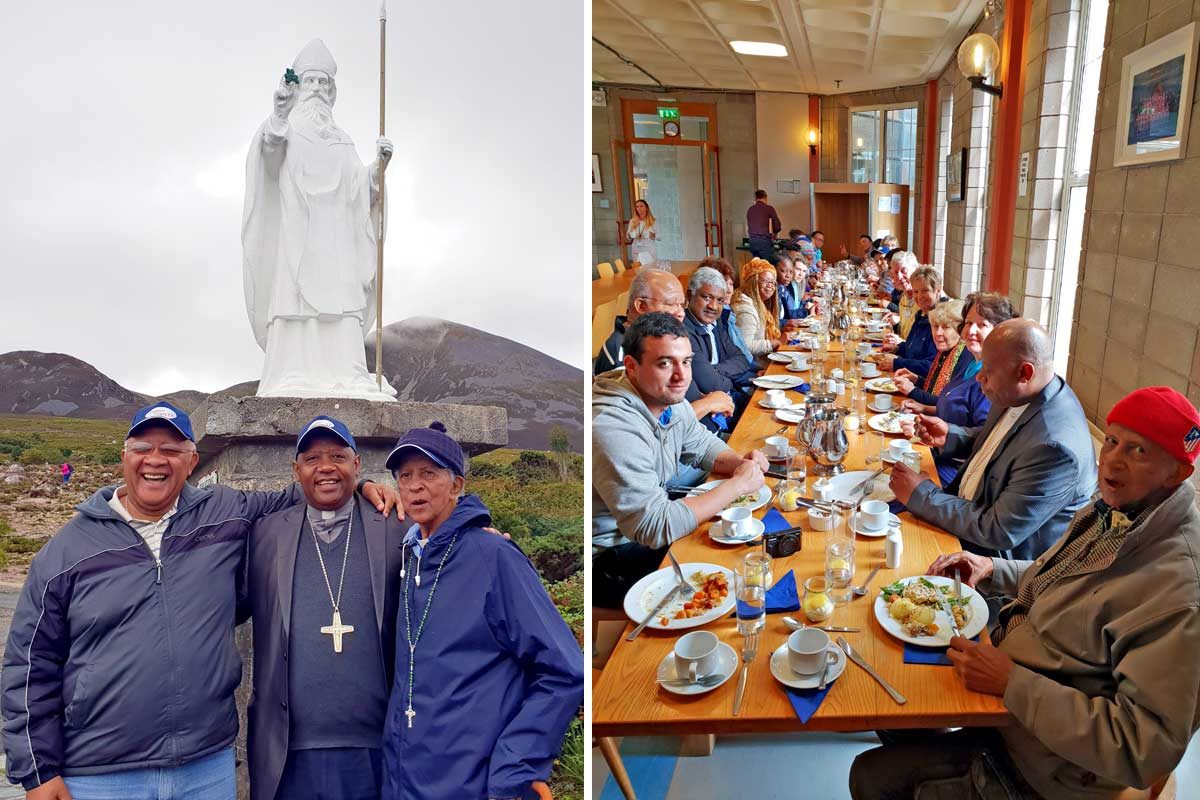 (Left) Spiritual director Bishop Victor Phalana of Klerksdorp (centre) is seen at Croagh Patrick with Frs Peter Whitehead (left) and John Shand. The mountain is where St Patrick fasted for 40 days in 441 AD. (Right) The group has lunch at the Benedictine Glenstal Abbey in County Limerick. 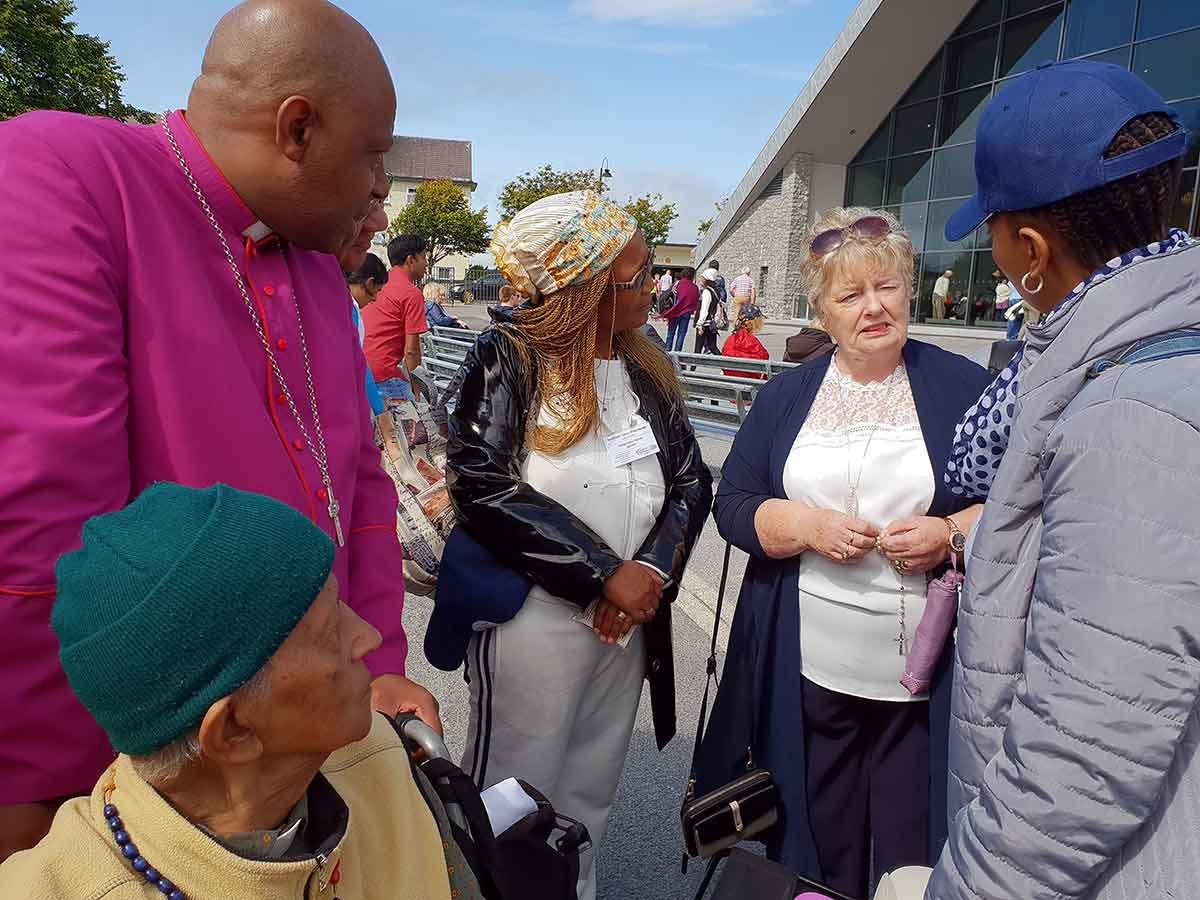 Marion Carroll, a woman healed spontaneously from multiple sclerosis at Knock in 1989, talks to our pilgrims. 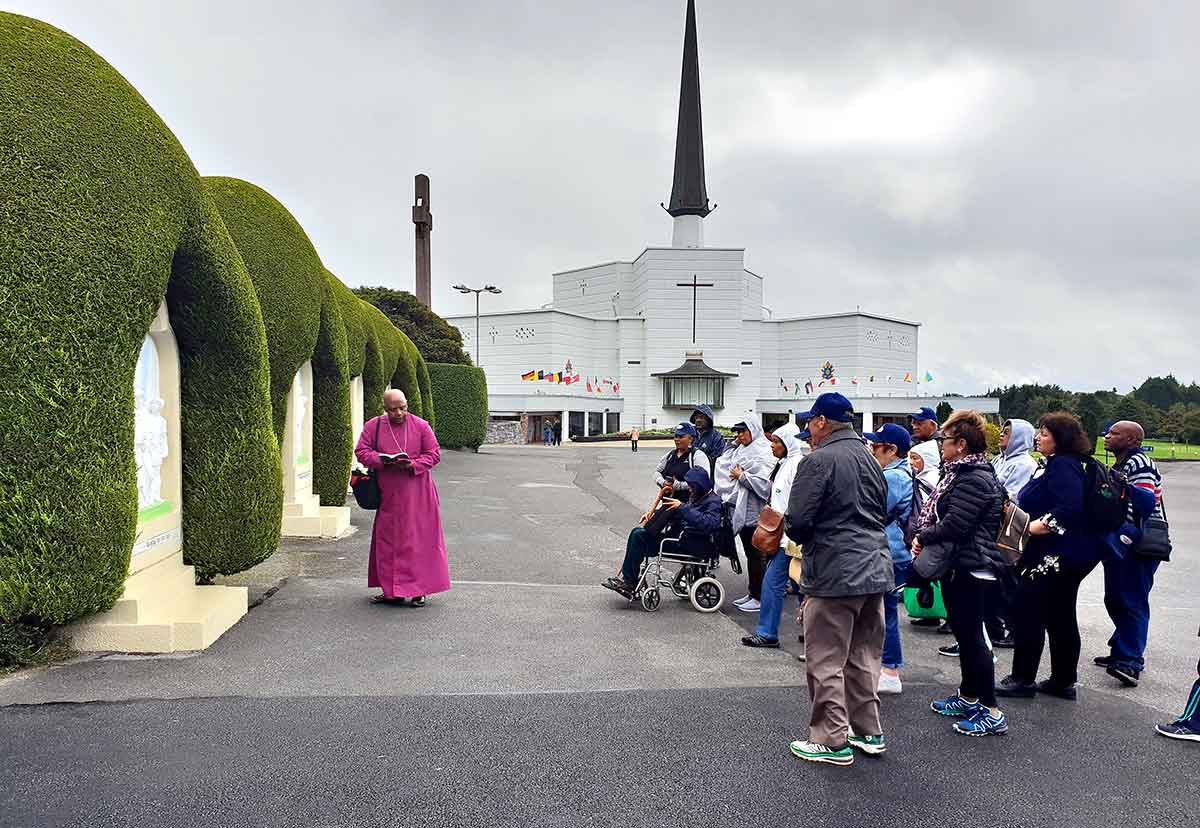 Bishop Phalana leads the Stations of the Cross at the sanctuary of Our Lady of Knock in County Mayo. In the background is Knock basilica. 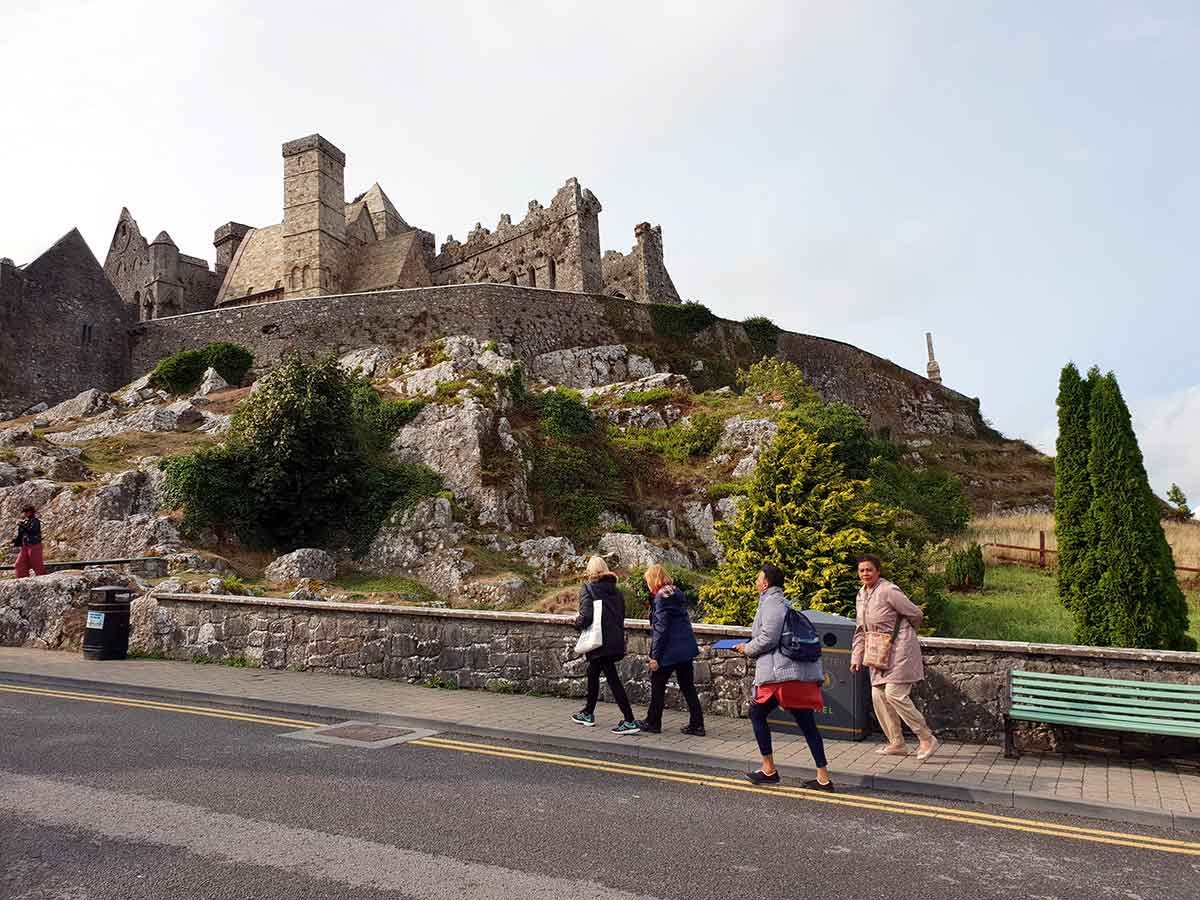 Pilgrims on the way to the Rock of Cashel, the ruins of an ancient cathedral in County Tipperary, a short way from Limerick. 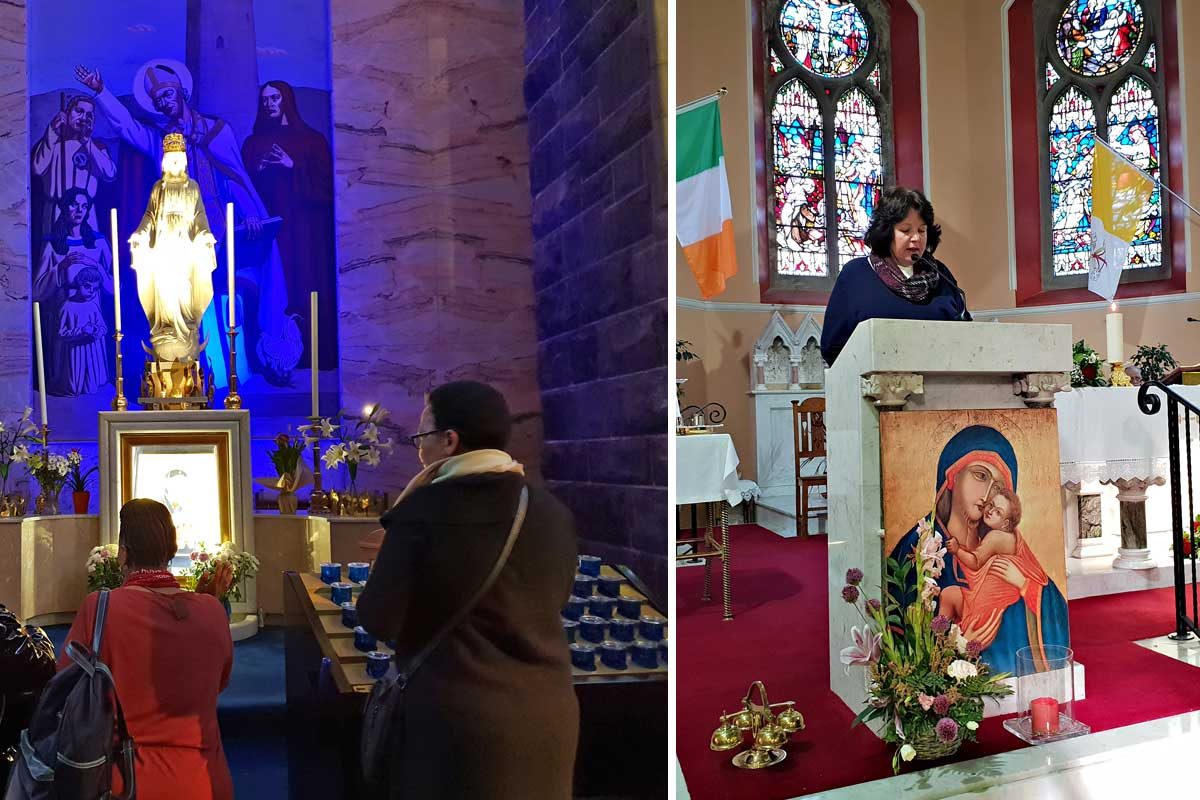 (Left) Pilgrims in front of a sculpture of the Blessed Virgin in Galway’s cathedral of Our Lady Assumed into Heaven and St Nicholas. (Right) Pilgrim Pat Ferrandi reads at Mass in the Carmelite White Abbey church in Kildare. 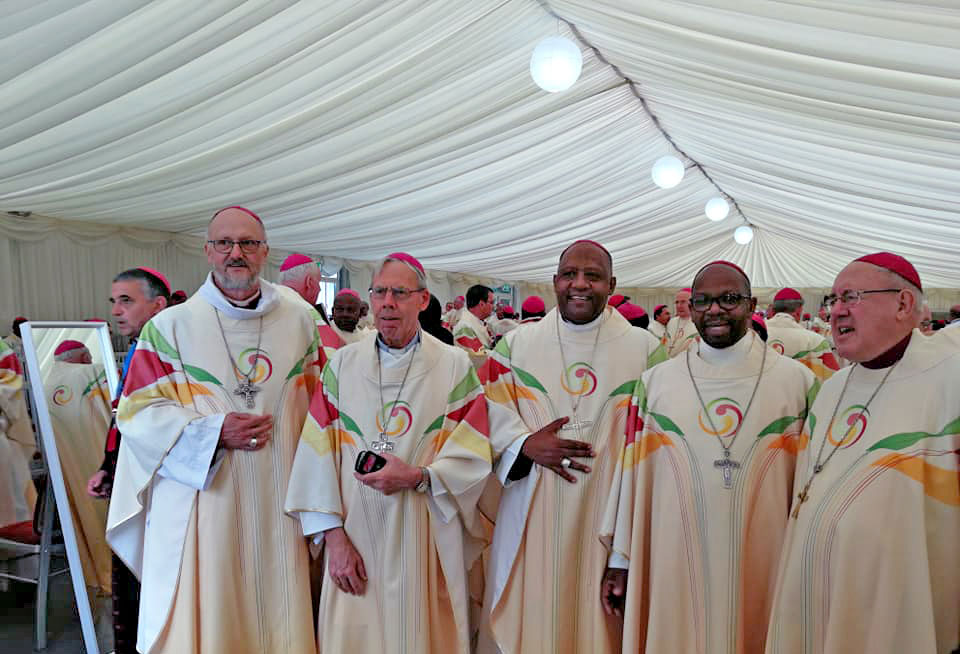 Pilgrims pray at St Bridget’s Well in County Clare, the oldest of Ireland’s many wells that are said to have healing powers 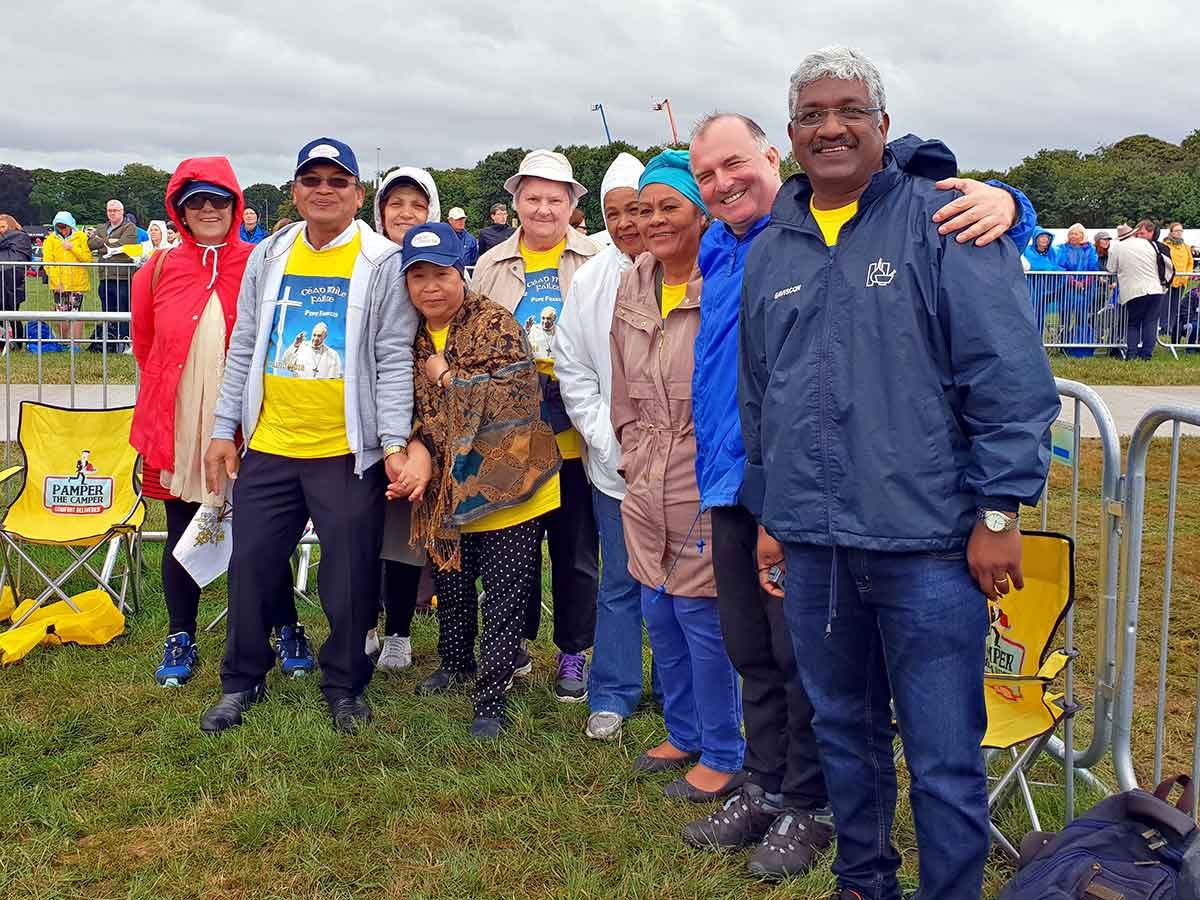 Waiting for the pope in a damp Phoenix Park were (from left) Theresa Soares, Jess Boado, Teresa dos Ramos, Lindy Boado, Lyn Argall, Norma Moonsamy, Milly Naidoo, Günther Simmermacher and Kevin Poovan. The long wait was worth it: the pope passed just a few metres away from the group, which had secured “front-row” places on the papal route.

Read the rest of the series
The Graces of an Ireland Pilgrimage
The Church in Ireland is Still Present
Knock: A Place Where Our Lady Was Silent