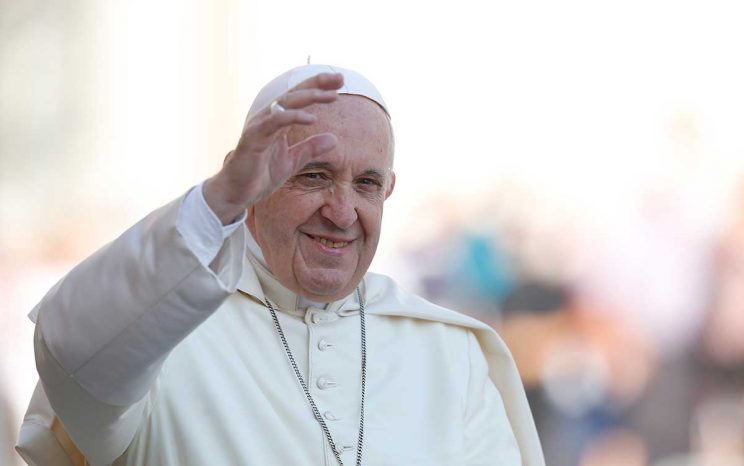 People need to make peace with their lives and anything they are running from, rather than lose themselves to escapism and playful distraction, Pope Francis said.
There is an “industry of distraction” in full force today, which paints the ideal world as being “a big playground where everybody has fun” and the ideal individual as one who “makes money in order to have fun, find satisfaction” in the many “vast and diverse avenues of pleasure,” he said during his weekly general audience.

Such an attitude leads to “dissatisfaction with an existence anaesthetised by fun, which isn’t rest, but alienation and escaping from reality,” he added. “People have never been able to rest like they can today and yet people have never felt as much emptiness as they do today.”

The pope continued his series of audience talks about the Ten Commandments, focusing on keeping the Lord’s day holy.

It seems like an easy commandment to fulfill, he said, but it isn’t because people need to recognise there is a false kind of rest marked by avoidance and distraction, and authentic rest, which is being at peace with and giving thanks for the gift of life.

After God made the heavens and the earth, he rested, making the seventh day holy. This day reflects “God’s joy for all he created. It is a day of contemplation and blessing” and giving praise – not running away, the pope said.

“It is a time for looking at reality and saying, ‘How beautiful life is!'” he said. “To the idea of rest as escaping reality, the commandment responds with rest as blessing reality.”

In fact, the Eucharist, which lies at the heart of Sunday, means “thanksgiving,” he said; it is a day to thank the Lord for his mercy, his gifts and for the gift of life.
Sunday, he added, is a day to come to terms with one’s life, to find peace – realising life is not easy, “but it is precious.”

So many people have so many options available for having fun, but they are not at peace with their lives, he said.

“Distancing themselves from the bitter wounds of their heart, people need to make peace with the thing they are running from. It is necessary to reconcile with one’s past, with the facts one is not facing, with the difficult parts of one’s own existence,” he said, asking everyone to reflect on whether they have come to terms with their own life.

Finding peace is a choice, he said. It is not changing one’s past, but is becoming reconciled with what has happened, “to accept and give value” to one’s life. By Carol Glatz Catholic News Service

Women Are Drivers of Faith

Kelvin Banda OP - Most theologians in their works on inculturation praise males as the ones responsible for effecting this...