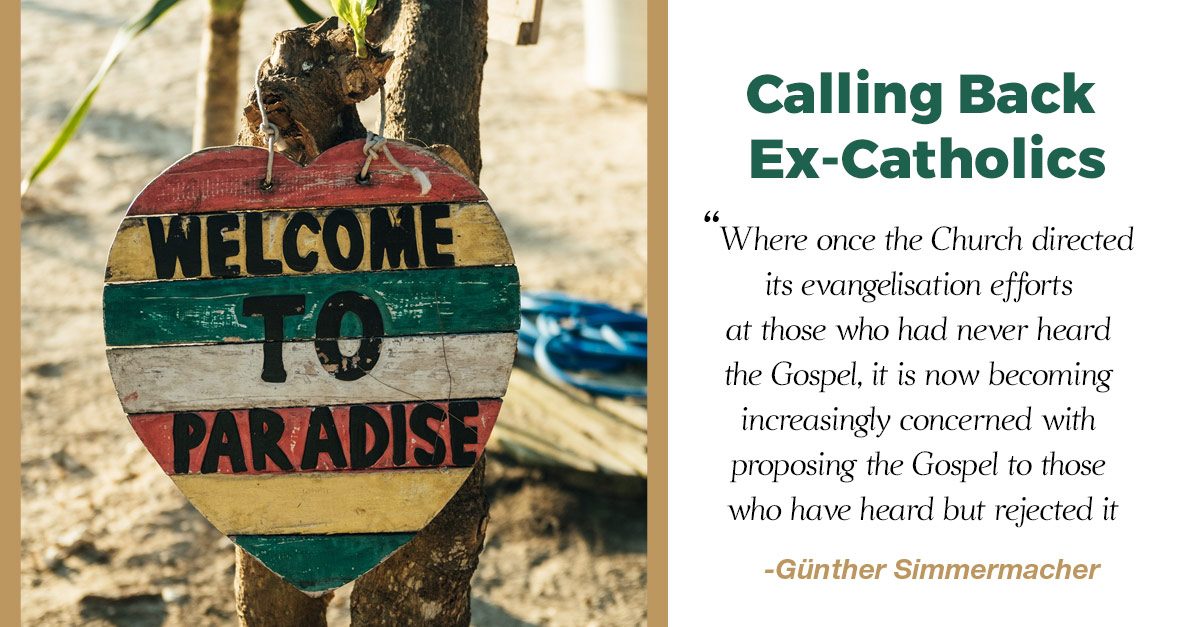 In many Catholic parishes and families one hears the lament that young people abandon the Church, and even their faith, the moment they take off their confirmation outfits.

Especially in rapidly secularising regions, mostly Westernised, many good Catholic parents are puzzled as to why their children, brought up in the faith, no longer attend Mass or even identify as Catholic.

For many parents, this is devastating. Some may even blame themselves, even though such self-recrimination is pointless and unlikely to explain the cause for their children’s disaffection.

Addressing the problem is the business of the whole Church. Where once the Church directed its evangelisation efforts at those who had never heard the Gospel, it is now becoming increasingly concerned with proposing the Gospel to those who have heard but rejected it. But it is the so-called Millennial generation — young people who are still finding their way in life — that we must reach out to now.

This is the new mission field — or not so new, as young people have been leaving the Church in increasing numbers over the past few generations. But it is the so-called Millennial generation — young people who are still finding their way in life — that we must reach out to now.

Popes John Paul II and Benedict XVI proposed a New Evangelisation to fertilise that mission field. Pope Francis gave that idea substance with his call to throw open the doors of the Church to welcome everybody, including the sinner and the apostate, to encounter Christ. Increasingly, Catholic evangelisers are trying to figure out what prompts them to abandon the faith — and how to respond to that.

But it is one thing to issue an open invitation and another to understand why young people leave the Church. Increasingly, Catholic evangelisers are trying to figure out what prompts them to abandon the faith — and how to respond to that.

This week’s edition features one such worker in the new mission field. Curtis Martin, founder of the Fellowship of Catholic University Students in the United States, speaks from experience as he urges a change in evangelising methods.

Another evangeliser is Brandon Vogt. In a 2015 book titled The Catholic Church and New Media, he identified five categories of fallen-away Catholics.

Although each person’s journey away from the faith is unique, it is useful to know these categories, and find responses to them.

According to Mr Vogt, the old wisdom that young people return to the faith once they are married and have children is outdated. That gap in the time of spiritual exploration between confirmation and marriage is becoming longer, in an environment in which the Church plays a less significant social role than it did in the past.

A further obstacle to evangelisation is the Church’s never-ending abuse scandal, which causes a drain from the Church and deters the return of non-practising Catholics or converts.

What are parents to do? Mr Vogt suggests that they pray and not become confrontational. They should equip themselves with resources to answer any questions their children might have. Keep the lines of communication open with children who have stopped practising the faith.

Crucially, all Catholics are called to witness Christ and help people re-encounter him and establish a personal relationship with him.