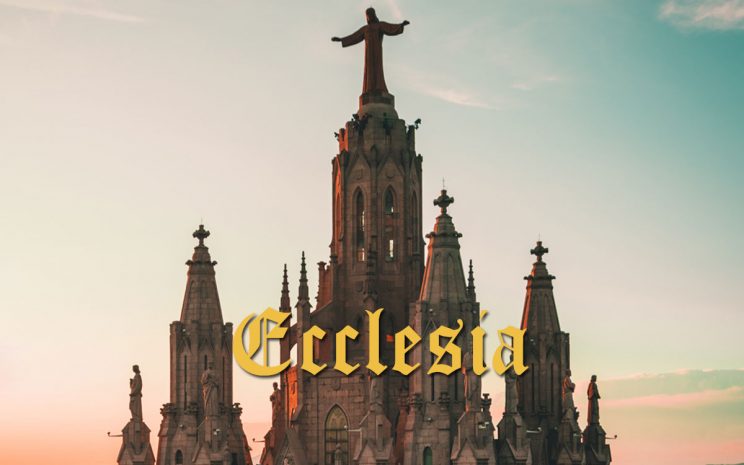 The archdiocese of Cape Town, where I live, has just finished another season of Ecclesia, titled “The Church is an Open Door”.

This season focused on the spirituality of social justice. For most of us in our parish, it was the most challenging season yet.

Usually people go to the Ecclesia for spiritual upliftment, getting to know their fellow parishioners, renewing their faith, and all that. But this season was designed to take us out of our own comfort zones to make concrete steps to be God’s hands and eyes in the world, in particular for the poor.

The Ecclesia booklet begins with a quote by Pope Francis from an Angelus address in 2015: “Level the mountains of pride and rivalry; fill in the valleys of indifference and apathy; straighten the paths of our laziness and our comforts.”

It ends with a prayer line for us to build the Church to be a vibrant sign of God’s presence in the world.

We concentrated more on practical steps than just prayer, or rather on actionable prayer than words. Looking at the world in general, and our country and Church specifically, we have to admit that things are not looking good. It is enough to make one despair and retreat into one’s own little comfort zone.

The world is now in need of saints, people of good action rather than just preachers — pray that God may send more workers in the field.

Our parish is in an affluent area of Cape Town, so this season of Ecclesia felt as though it was speaking directly to us to take up the cudgels against poverty, inequality and so on.

Practical ways were added to the parish outreach programmes, which is probably already the broadest I have seen in any parish I’ve belonged to.

Most welcome this time was the idea of “added hands” — human volunteers, as opposed to just the usual material donations.

There were the usual complaints during the discussions about the debilitating nature of corruption that makes taxpayers — who are the majority members of the parish—feel as though they’re collecting water in a leaking bucket. But in general people were willing to do more, and be careful not to skip over Lazarus at our gates.

Homeless Plight Cuts to the Quick

The homeless in particular were the subject of discussion; their plight cut many people to the quick, and so there were spontaneous action groups and individual actions to serve them.

My favourite was a call to keep in one’s car a bag of basic needs to hand over to the homeless wherever we meet them.

The Catholic Church in general cannot be accused of not doing anything about the homeless, the poor and the indigent, but sometimes it feels nothing is ever enough.

For instance, it has come to our attention that we need more buildings to house the poor, homeless and refugees in our archdiocese. A commitment was made to establish something like a parish fund that will assist the diocese in this issue.

Meantime, the Motsepe Foundation  held a prayer meeting at Soccer City in Johannesburg to pray for the:

The Motsepe family attends Mass in our parish when in Cape Town. The actions of Patrice Motsepe’s family and foundation, on a much bigger scale, have been visible in doing human development projects that align very well with our Ecclesia season.

There has been some criticism over Mr Motsepe’s supposed political ambitions. So what? Would it not be a breath of fresh air to have a First Citizen who’s emphatic about the concerns of the poor and indigent for a change?

Often the first to criticise any good works are themselves sitting on their couches with red pens, doing nothing to spread the light into the corners.

We have also encountered a lot of undue criticism for our parish outreach, with people accusing us of “ulterior motives”, whatever those are. So what? Like the poor, we will always have those.

Our task is to heed the Church’s call to clean her stables and walk humbly with God.

Open Eyes To Moral Error Within The Church?