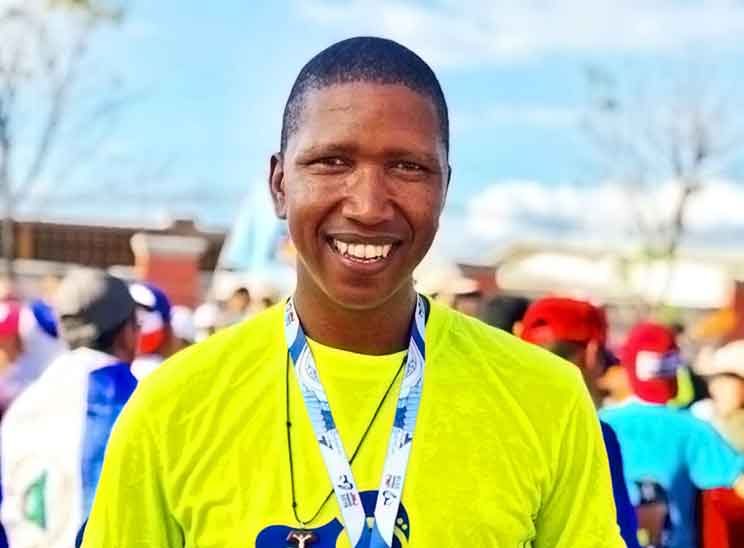 By Günther Simmermacher – Among the 2245 foreign volunteers at World Youth Day was one South African — and he had to fill many different functions.

Denzel Swarts of Cape Town was inspired to volunteer at WYD in Panama after first participating in the event as a pilgrim in Sydney in 2008. After that experience, “I wanted to give back through the means of being of service to other pilgrims and to Christ,” Mr Swarts told The Southern Cross in Panama City.

As a volunteer he was assigned various tasks, from being an information point at a metro station one hour out of the city to being assistant in first aid to the firefighters. He even served at the WYD football tournament.

“We received extensive training in the task we needed to perform,” Mr Swarts said, adding that this was why volunteers were required to arrive in Panama City at least a week before WYD began.

For Mr Swarts this was his fourth consecutive WYD. This year’s was, for obvious reasons, more challenging than others, but he said it was a rewarding experience.

“Being a volunteer gives you very little opportunity to enjoy the central acts and WYD events, but seeing the faces of pilgrims light up because you assisted them finding their way around and helping to give them a non-worrying faith experience was just so much more rewarding,” said the parishioner of St Timothy’s parish in Tafelsig, Mitchell’s Plain.

He said that English might have been a challenge for the hosts, “but the hospitality of the Panamaians was remarkable”.

In all three appearances by the pope at general WYD events, “I had close encounters, being separated from him by just a steel barrier and his bodyguards. Not enough to shake his hand, but close enough,” Mr Swart said.