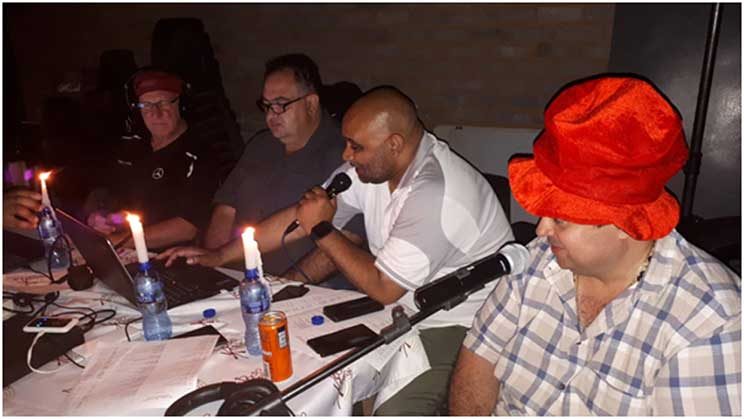 Radio Veritas’ “Men in Christ—The Essence of the Christian Man” show will be running a retreat in Carletonville, western Gauteng, on the theme of prayer, among other things helping men to pray for their families, businesses, and brothers and sisters.

Radio Veritas’ “Men in Christ—The Essence of the Christian Man” show ended 2018 with a bang, and members are ready, with the Holy Spirit as their guide, to continue their 2019 journey as men in the world today.

“A new year, a new challenge,” said Carlos Camara, a member of the Men In Christ team. “We are looking forward to another blessed year.”

Billed as “a show for men by men” but for all to listen to and participate in, “Men in Christ—The Essence of the Christian Man” encourages men to become more involved in the Church, in their homes, and in their communities.

Last year saw the team venture out on their first trip outside of Gauteng, when they went on a road trip to Malelane in Mpumalanga for a retreat with men from the area.

“It was hot, both in temperature as well as the spirit moving,” said Mr Camara.

Heading into the Christmas break, the team hosted a “carols by candlelight” event at the Padre Pio centre in Pretoria.

Mr Camara described the occasion as “joyous ” and said all who attended had a great experience, picnic baskets and all, at a centre that is very dear to Men In Christ.

Their radio show is growing from strength to strength as the team becomes more comfortable in the studio.

Among the studio guests Men in Christ had in 2018 were a team from Bibles for Africa and representatives from the Breast Cancer Awareness in Men organisation. The group ended the year off with a “live outside broadcast” in Krugersdorp.

Mr Camara said they have many plans for 2019. “Our show is up and running, and in 2019 we’ll be sharing some exciting topics, such as “Life Coaching Through Scripture” and a “Men Arise Series”.

Men in Christ will be hosting a retreat in Carletonville, western Gauteng, on the theme of “Lord Teach Us To” which, among other things, will help men to pray, for their families, businesses, brothers and sisters.

The Men in Christ show airs on Radio Veritas every Wednesday at 19:00 on 576AM (in Gauteng), DStv audio channel 870, or streamed on www.radioveritas.co.za