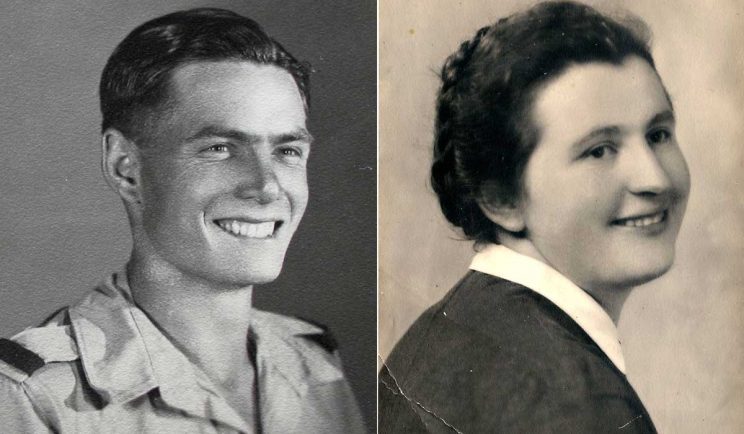 Domitilla Rota and Danny Hyams as young people in the 1940s. The archdiocese of Johannesburg has approved the beginning of the cause for the beatification of Domitilla, who founded the Little Eden Society for children with profound intellectual disability in 1967. She died in January 2011, Danny in December 2012. (All photos courtesy Little Eden Society)

Domitilla Rota Hyams was the saintly founder, with the help of husband Danny, of the Little Eden Society for intellectually disabled children in Gauteng. In the first of a series of four articles,    Daluxolo Moloantoa looks at how they met in Italy in the 1940s.

Domitilla Rota loved her Italian homeland. In a diary entry dated May 10, 1947, she wrote: “One’s native village is always beautiful.”

She then described her village of Albenza, near the northern city of Bergamo and not far from the birthplace of St John XXIII: “My little village is situated halfway up the mountain, and its back is Mount Albenza, from which it derives its name. Rocky and white in parts, the mountain shields us from storms and hurricanes. To the west, it opens up to a vast and sweeping plain going as far as the eye can see into the distant horizon.”

Leaving one’s home is never easy — especially when departing for a foreign land, with a foreign language, foreign customs and a foreign climate. So it was when Domitilla bade her family and beloved home village farewell to begin a new life as a married woman in South Africa.

It was a Monday, December 8, 1947 — exactly three months after her wedding to South African Danny Hyams.

But let’s first rewind to May 7, 1918, the day Domitilla Maria Rota was born in the Albenza house of her grandfather, Carlo Pietro Rota. His house was known as “Grumello”, and Domitilla was the last of the Rota grandchildren to be born at “Grumello”. 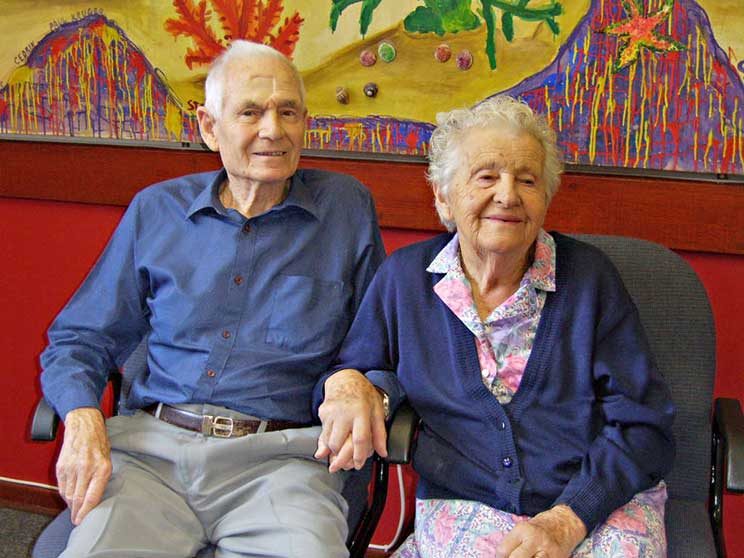 Domitila and Danny Hyams in their later years

The place had been her grandfather’s vineyard before he added living quarters to it.

She had two siblings from the union of her father, Carlo Guiseppe Rota, and her mother Elvira Mazzoleni. She also had two step-brothers and a step-sister.

Carlo was a widower when he married Elvira. At just under two years of age, Domitilla lost her father. Life became an uphill battle for her mother Elvira, and the family.

Apart from serving the role of mother and father to six children, Elvira and the household also accommodated Domitilla’s cousin Renza (who had lost her mother at birth), Uncle Pio, Aunt Teresa and their four children.

Despite the dire situation, Elvira assumed the role of family matriarch with boldness and imparted strict discipline, a deep spiritual grounding, and strong family values in the children—no less so in Domitilla.

Without the financial means and in a rural environment which was lacking in facilities, Domitilla attended rudimentary school until she was ten years old.

She helped around the household by looking after the few animals in the meadows, collecting wood and chestnuts in the forest, and attending to work in the fields.

In spite of her basic level of education, her passion for intellectual stimulation remained infused, as witnessed by her self-studies in her early teens, in music, the Italian language, mathematics—and above all a keen desire for her own spiritual development.

Like most other village families, the Rota family had close ties to the parish of San Rocco. This is where Domitilla was baptised, and within its walls she became engrossed with the notion of living in service to her fellow man. Specifically, she dreamt of becoming a missionary worker in Africa.

She recounts the time in her diary: “I liked to pass my free time in contact with nature, gathering chestnuts and cherries, looking after the cows in the fresh air of the green fields, or riding my bicycle to my music lessons in the nearby small town of Bergamo. I also liked to pray, and dreamt of being of service to others through missionary work in Africa.” 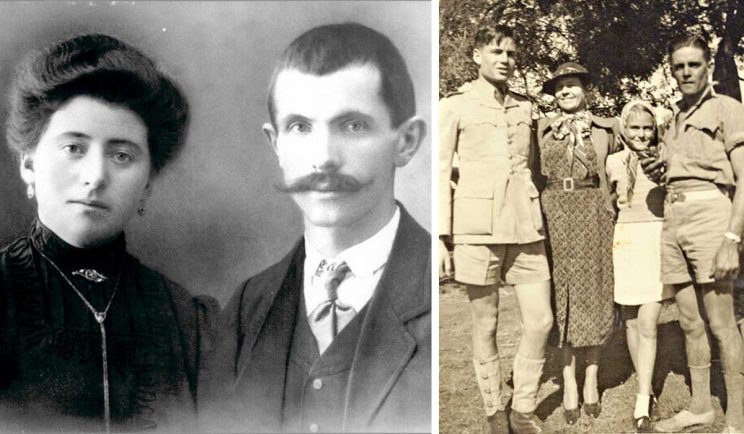 The story of Danny

By the end of March 1945, with World War II drawing to a close, Corporal Daniel Hyams was an escaped prisoner-of-war who had spent the previous 20 months living a hide-and-seek existence in the foothills of the mountains to the rear of Bergamo.

Daniel George Hyams was born on June 1, 1921, in Jeppestown, Johannesburg. He was the second child of Louis George Hyams and his wife, Mary Joseph Hyams.

Louis was of Jewish extraction and traced his family’s roots to a district of Spitalfields, in the east end of London. His parents had left England and joined the many others in coming to seek their fortune in the proliferating gold mines of Johannesburg at the turn of the century.

Although he was Jewish himself, Hyams senior insisted that his two sons  have a Catholic upbringing, in accordance with their mother’s religious background.

Accordingly, on March 10, 1922, Daniel George Hyams (or simply Danny, as he came to be known throughout his life), was baptised by Fr Francis in St Anne’s Catholic church in the eastern Johannesburg suburb of Belgravia, with his maternal grandfather Louis Bretton and aunt Lucy Bretton as sponsors.

From the very early age of four, both Danny and his older brother Louis Jnr were sent to boarding school at the Dominican mission in Potgietersrust (now known as Mokopane). Later, they attended the Little Flower College in Pietersburg (Polokwane) in the northern province of Limpopo.

Little Flower, run by the Flemish Brothers of Charity, provided the two brothers with a sound grounding in academics, spiritual development and sports.

Danny completed his secondary schooling at the tender age of 16, and as head boy and an accomplished track and field runner. After high school he enrolled at the University of Witwatersrand for studies in accounting.

With the outbreak of World War II, and after persistent persuasion, Mr Hyams finally relented and allowed his youngest son to take the oath to volunteer for active service in North Africa with the Rand Light Infantry (RLI). His older brother, and boyhood hero Louis had already joined the recruiting queues of the various regiments and services.

Mobilisation orders arrived for Danny on June 8, 1940, a week after his 19th birthday. Almost a year later, on June 21, 1941, Danny disembarked from the IIe de France at Port Tewfik, at Egypt’s Suez Canal, to participate in the North Africa Allied campaign.

The dawn of Sunday, June 21, 1942, saw Tobruk in flames. Corporal Hyams and other members of the RLI Composite Company started a 100km trek eastwards towards Egypt’s eastern borderline.

After several narrow escapes avoiding Axis Forces, and suffering from a shortage of food and water, the group reached the Egyptian-Libyan border, and fate intervened. On June 27, Danny and his fellow troopers were captured by Mussolini’s fascist insurgents.

A series of transfers to various prisoner-of-war camps took place until they were sent to “Campo Concentrate to Grumellina” in Bergamo.

With the September 8, 1943, Badoglio Proclamation announcing the armistice between Italy and the Allied Forces, the POWs at Grumellina overpowered the camp guards and escaped to the mountains behind Bergamo.

To their relief they were well-looked after by the local population, who shared what they could with the escapees from their own meagre resources.

The POWs had kept remarkably well during the first winter, but later a nasty boil developed below Danny’s chin. Palmieri Piccolbone, a local villager who was allocated the responsibility of looking after Danny, insisted that the corporal get help from La Signora Elvira Rota—Domitilla’s mother—in the neighbouring village of Albenza.

NEXT WEEK: Three men vie for one girl.