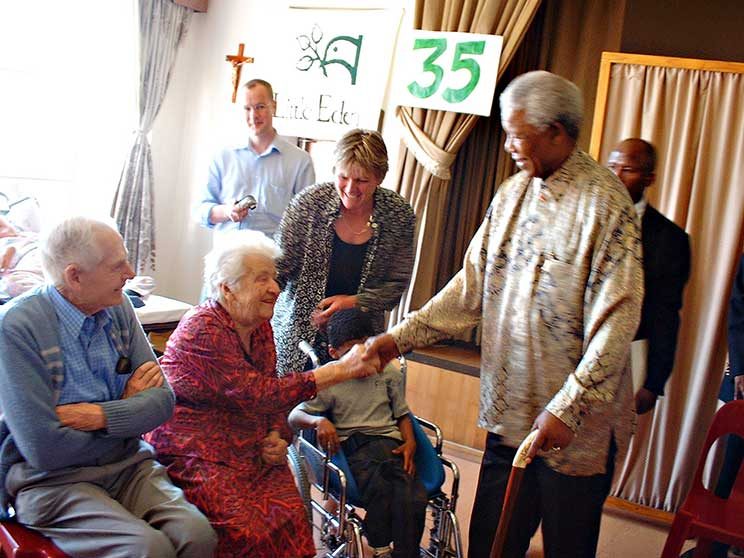 In the final article in his four-part series on Little Eden founders Domitilla and Danny Hyams,  Daluxolo Moloantoa looks at the growth of the Little Eden Society, and the honours the couple received in their lifetime and after their passing.

Last week’s part 3 of the Domitilla and Danny Hyams Story saw the founding of the Little Eden Society in 1967, driven by the values proclaimed by Domitilla: respect, sanctity of life and love.

But in spite of such a noble foundation, the organisation’s early days were characterised by different, seemingly insurmountable challenges.

Funds were in short supply, and at times did not even exist.

In the 1960s there was not much public awareness and acceptance of intellectual disability. Having a home caring for such individuals immediately raised resistance from neighbours and complaints ranging from noise to property devaluations. As a result, the society moved a number of times before settling in its permanent homes in Edenvale.

In Little Eden’s early days, movement from one place to the other was almost a norm. The first move took place in 1969. Having outgrown the one-room facility offered by the Edenvale Methodist church, the society moved to a rent-free property in nearby Kempton Park, where hostel facilities were made available for the first time.

The beginning of the 1970s saw the organisation make purchase of a 43-hectare farm at Bapsfontein, 30km east of Edenvale.

The farm was named the Elvira Rota Village, in memory of Domitilla’s mother. It was a major milestone in Little Eden’s ongoing search for a permanent home.

In 1971, as numbers increased, the society expanded to the vacant Hillbrow Medical Clinic.

In October 1972 Little Eden was threatened with complete closure after the Hillbrow Clinic shut down, and the Kempton Park home faced litigation due to a succession of complaints against it by some neighbours.

In 1974, construction began for Little Eden’s second home in Edenvale, on land donated by the Edenvale municipality. The home was officially opened in October 1976. The number of residents stood at 140, and the society’s constitution was registered under the Fundraising Act.

The following year, in 1975, the first non-white resident was welcomed—in violation of the apartheid laws of the time.

In 1981 the staff complement for both centres increased to 60. A borehole was sunk at the farm, and an irrigation system laid out on the land. A pecan nut orchard was planted and farming got underway. Dairy equipment and a few cows were donated, and soon the maize and beans harvests were up for sale, and the vegetables reserved for the homes. 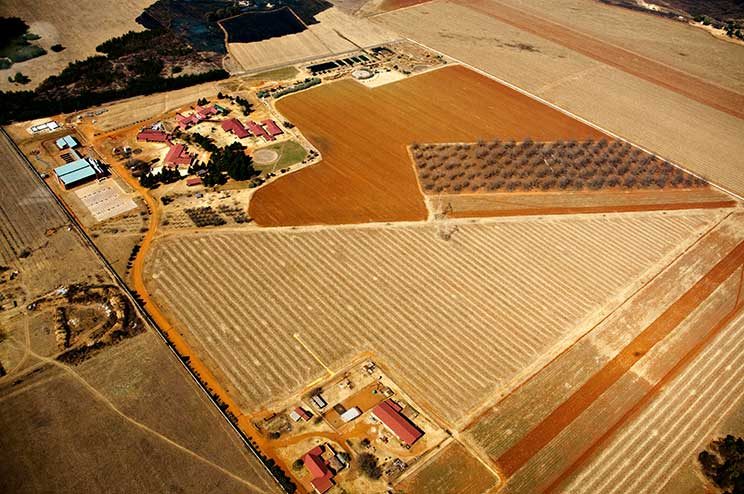 In 1989, an application for a state loan was approved. Construction began on building accommodation facilities at the farm. In 1992, some 20 of the older and more capable occupants took up residence at the newly opened residential centre at Elvira Rota Village.

In 1993 the Our Lady of the Angels chapel was officially opened at the Edenvale home.

The advent of the new millennium ushered in what still stands as a record donation to Little Eden Society by a single individual: Alexandra van den Bosch made a personal contribution of R449715.

In 2004 an additional borehole was sunk at Elvira Rota Village. It saved the pecan nut orchard from severe drought. At the same time, work began on the creation of a wetland area on the farm.

In April 2010 the Holy Family chapel was opened at the Elvira Rota Village. The chapel door was blessed as a Holy Door by Archbishop William Slattery of Pretoria.

In January 2012 the Associazione Domitilla Rota Hyams Onlus was founded in Bergamo, Italy, to support and promote the activities and initiatives of Little Eden Society, in South Africa and internationally.

In 2015 a book titled Vuoti a Renvere (Emptied for Filling) by Daniela Taiocchi was published to tell the story of Little Eden and its founders. 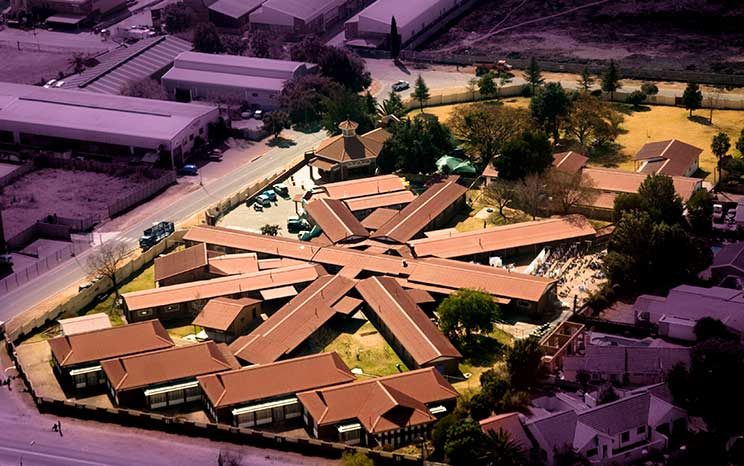 Above: The Little Eden premises in Edenvale —half a century after Little Eden began in a room at the Edenvale Methodist church.

In February 2016 representatives from Little Eden and the Hyams family were once again invited to Domitilla Hyams’ hometown, Bergamo, to take part in a series of events in honour of Domitilla and Danny Hyams.

In Albenza, the village where she was born, a signboard marking her birthplace was unveiled. A renaming ceremony for a road in Domitilla’s name was also held. The road leads to the village parish of San Rocco.

During the same day Daniel George Hyams was conferred with the honour of “Honorary Citizen”, by the local municipality for his role as a lifelong pillar of support to Domitilla.

In the same visit, the municipal offices of Almeno San Bartelemeo, Bergamo, were renamed the House of Domitilla and Daniel Hyams.

The second annual Domitilla and Danny Hyams Memorial Lecture in Bergamo in September 2018—marking the centenary of Domitilla’s birth—was presented Archbishop Buti Tlhagale of Johannesburg. He spoke extensively about Domitilla’s deep faith, which shaped and prepared her for the work she was going to undertake later on in her life in South Africa, and of the companionship and support that her husband provided.

Today, the Little Eden Society cares for 300 residents. The majority were abandoned and some come from indigent families. It costs R12500 for care for one month. Without funding representing 46% of its annual income, additional funds are always sought after from corporate and individual donors.

These are the achievements of a woman who grew up dreaming of Africa in a tiny village in Italy and a prisoner of war once on the run from Mussolini’s army.

Among many accolades, Domitilla and Danny were recipients of the papal Bene Merenti medal, Lifetime Recognition Awards from the Italian-South African Chamber of Commerce, Cavaliere Awards of the Republic of Italy, and the Asalus Award for their contribution to South African health services from the Department of Health and Population Development.

Passing of the founders

Domitilla died at 93 on January 18, 2011, quietly in her sleep while under care at the home of her youngest daughter, Agnes.

Her Requiem Mass was presided by Archbishop George Daniel and concelebrated by eight other bishops. Fr Dante Cortinuas and two other priests represented her hometown parish of San Rocco in Albenza.

She was buried wearing pink pyjamas and as per her wishes barefoot because, “death is but a little sleep, and a step before Resurrection.”

Dannny died peacefully at home at the age of 91, almost two years after the death of Domitilla.

In a message published in the Edenvale and Bedfordview News, a reader wrote: “Danny was a man of high moral values, and very few words. Coupled with his sense of humour, his humility and humanity are qualities I will forever remember him by.”

A year before Domitilla passed on, she wrote in her diary: “These little ones with an empty, vague stare, due to their abnormality, [but] their souls are more beautiful than bright sunshine, pure as the snow, shining like diamonds in the rays of light.

“They are the most beautiful, and we must protect them. God the creator could have made them normal. But he didn’t. Then there must be a reason we cannot see, and we accept this as a sign of predilection.”