Why We Have to Plan for Successors 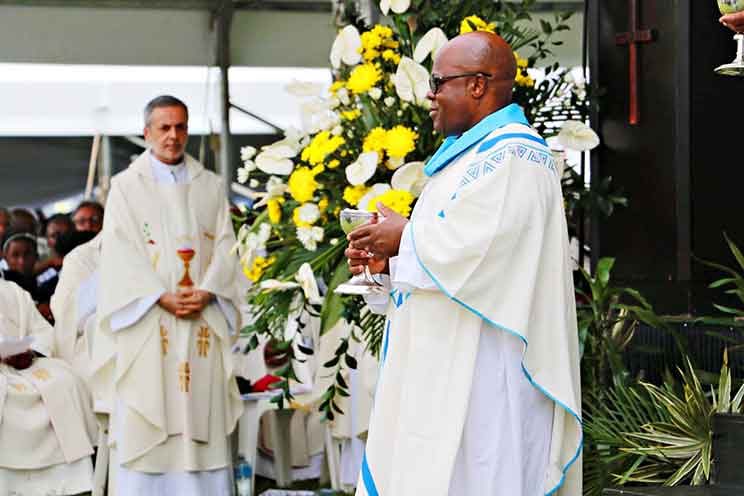 In Durban, we recently rejoiced to welcome Archbishop Abel Gabuza as coadjutor. When, in time, he succeeds Cardinal Wilfrid Napier, he will be only the sixth bishop of the territory in nearly 170 years.

Archbishop Gabuza will turn 64 on March 23, so there is a good bet that it will be a while before he needs a successor.

But finding successor bishops is not something we should be scared to talk about. It is part of the natural rhythm of the life of the Church.

Bishops have to offer their resignation to the Holy Father the day they turn 75. Though they are sometimes asked by him to extend their term, it does mean that their likely retirement date is quite predictable.

In our conference area, within the next five years, six of our 26 bishops, and three of our five archbishops, will reach retirement age, or have done so already. That is potentially nine new bishops to be found, in addition to the five needed to fill vacant sees that already exist in the area.

The apostolic nuncio, who is the pope’s man-on-the-ground for episcopal appointments, has plenty of work to do. But while it is the nuncio’s job to recommend names to Rome, it is the job of the local Church to develop possible successors.

I am always struck how often in the Church—not only in dioceses but also in religious congregations—the need to find a successor takes people by surprise. And yet it could not be easier to predict.

In the world of business, it is much more unpredictable—CEOs suddenly leave or are fired or are poached by a rival. And in business the pool of possible successors is potentially very wide.

But in the Church, with very few exceptions, bishops leave around the age of 75, and provincials and superiors leave when their time of office (five or six years, typically) is over. That means that you can work out in advance the date by when a successor needs to be ready.

And you also know in advance who the pool of candidates can be. In a religious congregation, it can only be a member of that order, within certain obvious age parameters and usually some other canonical requirement.

In the case of bishops, it can only be a priest, usually from within the same country (though not necessarily the same diocese) and with a certain level of seniority. The likelihood of another 31-year-old seminary rector being snatched from obscurity to become head of a major diocese, as happened with Fr Denis Hurley OMI in 1946, is pretty remote these days.

We know that we need future leaders. So you would have imagined that there was a simple thought process in the minds of those who should be thinking about this. By such and such a date a shortlist of credible candidates is needed, and they will have to come from a given pool. So that gives us plenty of time to identify possible players within that pool, provide them with extra training or education, make sure they have experiences of leadership, and give them a chance to show what they are capable of.

Sometime this happens. But, from what I have seen, all too often it is not done or the process begins too late.

Of course, we expect the Holy Spirit, working through the pope and the Vatican structures, to provide “shepherds for the sheep”. But that does not mean that there should be no attempt to train possible shepherds.

To quote St Oscar Romero, another archbishop who was plucked from seminary obscurity, “to pray and do nothing and hope that God will do the rest is not holiness, it is laziness!”

We have the same obligation to prepare lay leaders for the Church. Too often, we complain that we do not have people who are capable of taking positions of leadership in our parishes and institutions. But are we actually doing anything to nurture possible future leaders?

One of the very few proactive measures in succession planning that I have seen (and of which I was a part) was led by Rosa Calaca and the Catholic Schools Office in Gauteng. They spotted that, over the course of the next few years, a good number of principals in Catholic schools were likely to retire.

Of course, they prayed for “labourers in the vineyard”, but they also set about tending the vines. A programme was set up called “Growing Leaders” and opened to deputies and heads of department who saw themselves (or were seen by others) as principal material.

Through a year-long programme of academic and personal formation, mentoring and workshops, exposure to existing principals, and deep spiritual reflection, a group of potential leaders was nurtured. Some of those have now become principals; some may still do so; and all have found that their skills have been enhanced by the formation experience (to their benefit and to the benefit of their schools).

NGOs similarly have to face up to the importance of succession-planning. But often the founders of organisations are reluctant to do this: they cannot imagine the organisation without their presence, and the people around them are scared to mention the possibility.

So when the founder suddenly retires or dies, the organisation suffers a huge set-back from which it may not recover.

I was very moved that Paddy Kearney, the founder of the Denis Hurley Centre, was very keen to discuss with me last year how to identify and nurture someone to succeed him as chair. We had assumed that we had more time until his intended retirement. In the end, his untimely death has meant that the plan we were putting in place has been accelerated — but at least we had the start of a plan.

The Church, and its organisations, are not just for here and now. We are part of a continuum through 2000 years. We draw down from past generations and we need to set things up for future generations. Succession-planning is a key part of that.

And we have, of course, the best model in our Saviour himself. He identified and nurtured those who would continue the Church after he ascended, and taught the first Apostles in turn to do the same.