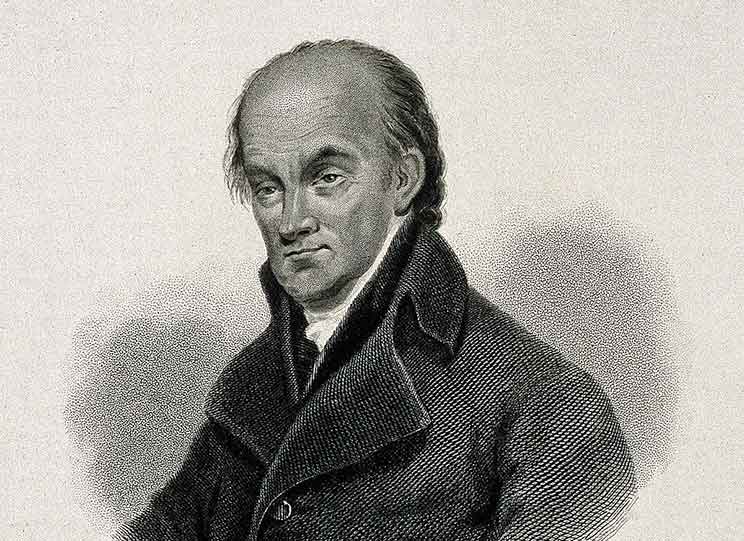 My friend, a theology PhD student, recently asked me why the first black African Christians in our region, mostly Xhosa, were called “Majakane”.

What she didn’t know is that this means “the people of Johannes”.

The root of that name was a Dutch missionary. Johannes Theodorus van der Kemp (1747-1811), who had been a military officer and doctor in the Netherlands, dedicated his life to missionary work after a tragic incident in which his wife and daughter drowned in a river.

He joined the London Missionary Society (LMS) which sent him to the Cape Colony.

He was the first white missionary to reach and settle in the Eastern Cape Colony, in the land of  Xhosa chief Ngqika, in 1799.

Another word amaXhosa called him was Nyengane, which means iron-stone — they fondly regarded him as a hard, stubborn character.

In her biography of van der Kemp, The Burning Man, American author Sarah Getrude sees a pejorative connotation in the name Nyengane, which she interprets as “One Who Steals His Way In”, but that this interpretation makes no sense. Even today, hard and stubborn characters are still called, without malice, i-nyengane.

Chief SM Burns-Ncamashe was of the opinion that the name Nyengane means “The Bald-headed One”. My father, who was bald-headed and rather of stubborn character, acquired the pet name of Nyengane.

My other suspicion is that “Jank’hanna” is how the pronunciation of the name of Johannes sounded to the ears of amaXhosa when Coenraad de Buys — the Dutch man and one of the fathers of the Afrikaner nation who was already living with amaNgqika then — introduced him.

It doesn’t really matter. What is clear is that the Xhosafication of Johannes van der Kemp’s name eventually gave birth to the Jank’hanna, whose plural became Amanjakane.

Reverend Albert Brutsch says these first converts to Christianity, through the evangelical work of van der Kemp, went as far as Lesotho. In a 1976 Lesotho census, no fewer than 15 towns in five districts still listed themselves as Majakaneg.

During the Mfecana wars of the 1820s, thousand of Basotho fled to the south, into the Cape Colony area, and settled among amaXhosa in several towns, from Matatiele up to Graaff-Reinet.

From 1834 most of them returned to Lesotho, where another missionary, Eugène Casalis, had meantime settled in Morija (1833), laying seeds for the now biggest church in Africa, the Zion Christian Church.

In My Life In Basutoland, published in 1899, Casalis writes in the ways of his times: “van der Kemp had conversions, and left permanent traces of his work, among the Hottentots only. As to the Caffre, he only opened the door to other missionaries younger than himself. Nevertheless, up to this hour, in all parts of occupied by the Caffres and their immediate neighbours, the many natives who have embraced Christianity are frequently called Ma-Yankana, which means ‘the men of Van der Kemp’.”

These were the Basotho who came back as Christian converts from the Eastern Cape, bringing with them the name of Majakaneg.

In retrospect, the golden prize of his missionary work was a young mystic boy who must have quietly attended his sermons.

When the boy grew up, he established one of the most powerful Christian revival movement in the Eastern Cape, which still partially referred to themselves as Amanjakane. This was the Xhosa prophet, Ntsikane. Nyengane was dead for over a decade by then.

In my novel The Broken River Tent, I dramatise the influence of Ntsikane on the Xhosa psyche in general, and depict his rivalry, sometimes bitter, with the Pan Africanist, such as Makhanda/Nxele, that won the day but not the stay.

In the end the influence of Ntsikane’s aculturised Christianity became triumphant among amaXhosa who embraced the religion of Christ in droves, also through the Presbyterian and Methodist missionary work that followed on the heels of Nyengane (which, remember, was van der Kemp nickname).

The Broken River Tent is the first instalment of a trilogy I call “The River People”, about the life of amaXhosa in the 19th century.

It depicts a nation invaded into a crisis through the Frontier Wars that lasted 102 years with the British.

The second instalment, The Marked Men, will be about the lives of van der Kemp and Tiyo Soga (Tiyo is the xhosafication of the Nyengane’s name Theodorus) towards depicting the clash of Christianity with Xhosa traditions, lore and spirituality.