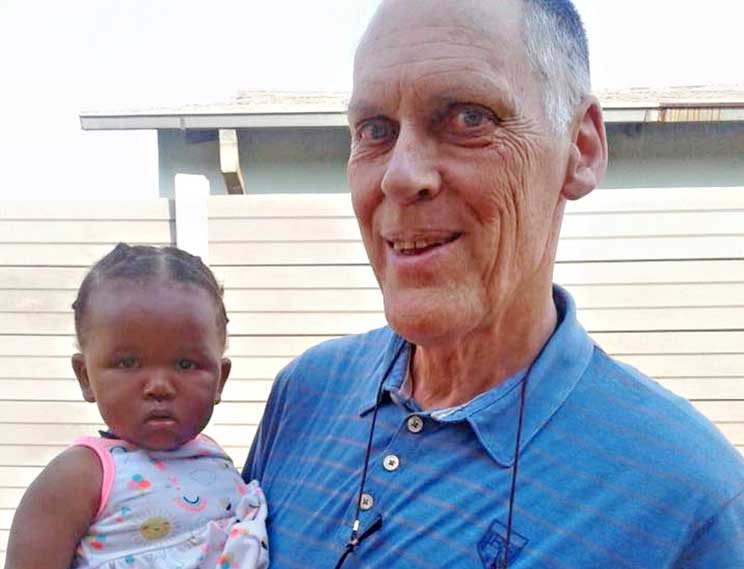 Mill Hill Missionary priest Fr John Melhuish of Rustenburg died in a car crash on March 23 at the age of 69.

Fr Melhuish died in the accident some 2km away from his parish, St Alphonsus church in Bethanie, Rustenburg diocese.

He was driving back to his parish from one of the outstations where he had gone for pastoral work. On the way, he picked up Mill Hill Missionary student Elvis Chamboli from another outstation.

As they were driving, a car from behind overtook them. The driver miscalculated the speed of the oncoming vehicle and, trying to get back, the car turned around to face the direction in which they were travelling. This led to a fatal collision.

Mr Chamboli escaped with a broken arm and some internal injuries.

From there he went to St Joseph’s College, Mill Hill, London, where he studied philosophy and theology.

In that same year, Fr Melhuish was appointed to Kisii in western Kenya, and worked there for almost 30 years.

His service included teaching and pastoral ministry as well as being vocations director. He started a catechetical formation centre in the diocese of Homa Bay.

In 2005 he was withdrawn from Kenya and appointed to Rustenburg where he learnt to speak the Tswana language.

Fr Melhuish, who was known as the “High Priest” because of is unusual height, worked there in a variety of ways, especially in the training of catechists and the formation of lay leaders. He was also a consultor to the society representative.

In 2017 he followed a sabbatical course at the Tantur Ecumenical Institute in Jerusalem, and spent another part of that sabbatical in China.

He then returned to Rustenburg and was appointed to Bethanie parish, where he also got involved in an apostolate to prisoners.

A memorial Mass was held at St Alphonsus church in Bethanie, and Fr Melhuish’s Requiem Mass, followed by burial, was at St Joseph’s church in Phokeng, Rustenburg.