Our Own Exodus From Egypt 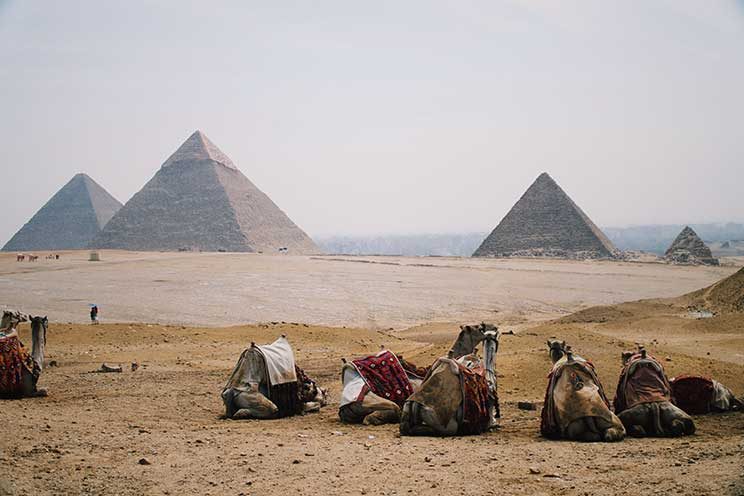 Guest editorial: Fikile Moya – There seems to be an appetite among some modern Christians to downplay the Jewish roots of their faith

It is as though the only scriptures worth paying attention to are those between the Gospel of Matthew and Revelation. Everything else is additional reading for one’s interest.

So it is easy to see how some Christians can delink Easter from the epic tale of Israelites freed from the slavery of Egypt after hundreds of years in bondage.

The meal that for future generations would be known as the Last Supper, and to Catholics as the night when the Eucharist was constituted, is as much a commemoration of this great trek from slavery to freedom, darkness to light, as it is also a reminder of Jesus, and, by extension, Christianity’s Jewish roots.

It is also a significant political moment: many oppressed peoples around the world could identify with and see God was indeed on the side of the downtrodden.

For South Africa, we had our Exodus moment 25 years ago when we left the Egypt of apartheid for the promised land of the new South Africa.

As with the Israelites, it seems to have been easier to leave Egypt than to enter what many thought would be the land of milk and honey.

We have had the political Good Friday, but the Resurrection seems some way off.

Naturally, there are rumblings among those who left Egypt because they cannot understand why they cannot arrive at the promised land of jobs, quality education, personal safety and an end to poverty.

Social security pensions for the aged and children have been much-needed manna, without which many would have been trapped in absolute poverty, but we know that this, much-needed as it is, is not enough.

Their yearning for our own Egypt is finding voice. “At least there we had jobs, were not as terrified of rampant criminals, and the government-built houses were better,” many now openly say.

We have to be careful about being romantic about a state that had as policy the oppression, economic disempowerment, and even murder of black people in general (as in Sharpeville) and political activists (such as Steve Biko or Neil Aggett, to mention just two of the many).

That said, the African National Congress should not be allowed to emotionally blackmail its critics by accusing them of “missing slavery”.

The ANC, along with other forces constituting the liberation movement, has led South Africa out of slavery but it has done a terrible job of ushering in a better world. To blame those who feel betrayed is to blame the victims.

Having been abused by oppressors, many South Africans have become victims of their liberators in the form of the looting of state resources, taking away money meant for water, sanitation, electricity supply and other amenities which would make life easier.

If the ANC really wants to play with religious imagery, it may wish to look at the prophet Amos and what he had to say about those who use their power for their own selfish ends and to oppress the marginalised.

“You trample the poor, stealing their grain through taxes and unfair rent…you who rob the poor and trample down the needy. You cannot wait for the Sabbath day to be over and the religious festival to end so you can get back to cheating the helpless” (Amos 8:4-5).

If the people are behaving like the thankless Israelites, it is because the wandering in the desert is self-imposed.

It is a result of the party’s reluctance or inability to deal with those who have seen it as a path to self-enrichment.

If Easter, specifically the Passover, celebrates a people’s passing over from political oppression to freedom, then far too many South Africans are trapped in a desert of hunger, violence and limited opportunities.

Like the disciples on their journey to Emmaus, who despairingly tell the stranger walking with them that they “had hoped that he was the one to redeem Israel”, far too many South Africans are walking down the streets with heads bowed by despair because their hopes have been dashed.

And, 25 years later, there is no sign of Easter coming.