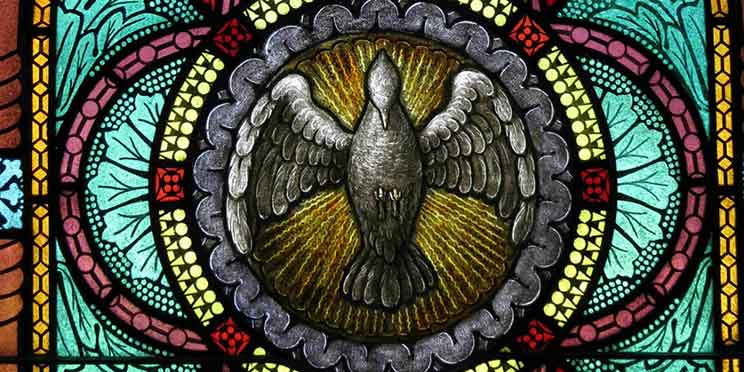 Guest Editorial by Michael Shackleton – An archbishop from Australia has unwittingly provided us with something to think about on Pentecost Sunday.

As president of the Australian Catholic Bishops’ Conference, Archbishop Mark Coleridge of Brisbane was interviewed by the Jesuit publication America after the conviction of Cardinal George Pell on charges of sexual offences.

In Australia, he said, the credibility of the bishops and clergy “has been largely damaged”, he noted. “You have a situation where if you do a word association and you say ‘Catholic Church’, ‘abuse’ would be the answer”.

He admitted that in consequence he now lacks the access and the public influence his predecessors had enjoyed.

Then, he says, he did some really serious reflection on what this disastrous turn of events means for the Church, which had never sought nor expected to be caught off balance. Likewise, though in a far more constructive context, the Church had never anticipated that Pope John XXIII would shock it with the calling together of the Second Vatican Council in 1962.

In Archbishop Coleridge’s view, the Holy Spirit is now forcing us to recognise that divine grace is a searing grace that can hurt in order to cleanse and heal.

“We dare not fail because at stake… really is the mission of the Church; not only credibility and trust, which are central to that, but the whole effectiveness of the Church’s mission and the possibility of it,” the archbishop said.

The work of the Holy Spirit in the Church has a truly mysterious but strong influence on how we respond as the People of God to the world around us as time passes.

In the words of Jesus, the Spirit of Truth will lead the Church into complete truth (Jn 16:13), but naturally, the journey towards the complete truth is one undertaken by Christians whose nature is still imperfect until Christ returns to his people.

The Spirit cannot abandon the Church. Jesus gave us his assurance that he would not leave us comfortless, but there is no harm to question why many of our approved leaders have landed us in an unholy and scandalous mess.

St Paul holds up a clue for us. He wrote in Galatians 5 that our self-indulgence or sinking into non-spiritual practices would eventually cause us to lose the Spirit. This is a catastrophic loss because it reduces the people of God to comfortless lives.

Are we and our spiritual guardians and teachers lately so embroiled in worldly business that we are without the comfort of the Spirit? Maybe not, but the fact that we are in trouble drives us to have a second thought about it.

St Paul writes that the fruit of the Spirit is love, joy, peace and more. Where these are in evidence, and plainly so, the Spirit is there.

Archbishop Coleridge recognises, despite appearances, that the breath of the Holy Spirit is always with us. Because the Spirit is not of this world, its activity is “a searing grace” which pushes the Church back towards what is good, true and beautiful — even if the fallout can be damaging to many.

Pentecost Sunday is not a day only to be happy and remember that the Spirit descended on the Apostles to our benefit nearly 2000 years ago.

Pentecost Sunday is a day on which we are also called to look into our communities and consciences. The Spirit can yet surprise us if we are becoming a self-indulgent mob rather than being the People of God.