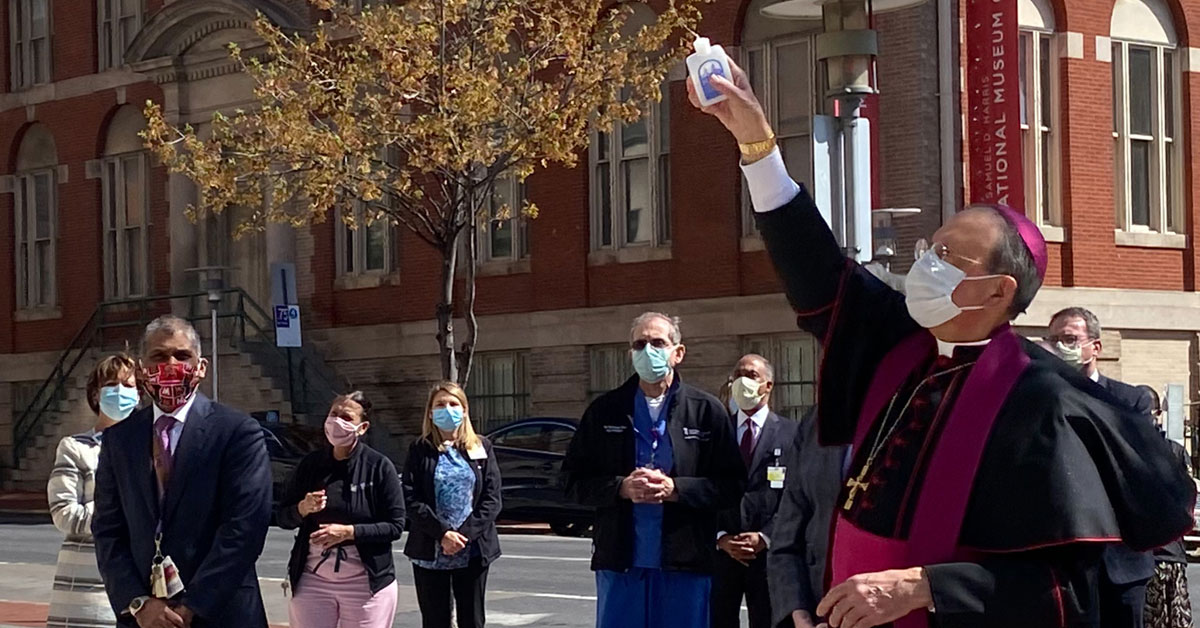 In the period before the lockdown, religious leaders used that precious time to be too inward looking and seemingly less concerned for the poor, and there are lessons in that, argues RAYMOND PERRIER.

They say that a crisis brings out the best and the worst in people. Those who are generous and selfless tend towards their better selves; those who are the opposite tend towards their even darker side. So it is interesting – in a country full of faith and full of religious leaders – to reflect on their reaction so far to the coronavirus crisis.

Before the lockdown, I read many well-considered and clear statements from South African Christian and Muslim religious leaders (none came to my attention, unfortunately from the local Jewish or Hindu leaders). They discussed whether or not to continue services, whether or not to keep their churches and mosques open.

There has been great agonising over whether to allow people to dip their fingers in holy water; how many pews to leave between you and the nearest person; whether Communion can be on the tongue or on the hand, standing or kneeling, without or without the chalice; whether or not praying at home is as good as praying in a consecrated building; what to do about weddings and funerals; how to keep the collection coming in without passing round the plate.

At one meeting I attended a pastor was genuinely concerned that he would not be able to cure people if he could not lay hands on them.

These are all very important issues for the liturgical practices of these communities and I can understand why any change from the norm has to be carefully considered and explained.

Sometimes these statements look beyond the walls of the religious buildings. They endorse the president’s statement, support the need for social distancing, even repeat instructions about sneezing and hand washing. And this is no bad thing. People often have to hear the same thing, several times from several different sources before they really take it in.

My surprise is not at what the religious leaders said. It is with what they had not said.

Religious leaders are often good at drawing our attention to what we do not want to hear: forcing us to see ourselves and society as we really are, away from the pretence and the make-up and the performance.

And what the coronavirus has shown is that we can easily be a society that is greedy, self-centred and forgetful of those most in need. Isn’t this what our religious leaders should be worrying about?

Isn’t this an opportunity for religious leaders to make statements that roundly condemn as a sin the hoarding of goods that comes from panic buying?

They could further point out that a situation in which the strong and the rich have more than they need, and the weak and the poor are left in the dust, is already a systemic sin in our society.

Isn’t this a chance for them to draw attention to the isolation that will result from social distancing? They could call on us to be more to be aware of the people around us and seek out ways to ensure that everyone feels noticed and cared for.

Isn’t this an opportunity for them to remind us about the poor in our society (almost half of South Africans according to StatsSA) and the fact that they can barely afford to buy food for today let alone for the next three months? Furthermore, that being under-nourished will make the poor more likely to catch the virus and more likely to develop life-threatening symptoms if they do.

Isn’t this a chance for them to prick the conscious of a society in which 69% of the critical care hospital beds are freely available to the 16% of the population with medical insurance?

Isn’t this the moment – instead of repeating instructions about handwashing – to return to the appalling statistic that 38% of South Africans (according to a 2011 StatsSA survey) do not have good access to water services?

No amount of advice about washing your hands while singing “Amazing Grace” is going to help the person who does not have clean running water, and for whom hand sanitiser is just a Disney fantasy.

But in most cases the opportunities have not been taken. So concerned with what happens inside their buildings, most religious leaders seem to have forgotten to look critically at the society around them. They have neglected their role to speak out for the poor, to be a voice for the voiceless.

When discussing a similar issue with a leading Durban churchman recently, he replied to me with some indignation: “I am a priest, not a social worker.” In trying to make sense of this statement, I pondered the Gospel example of Jesus who seemed to spend most of his life on the streets helping the needy rather than in a house of worship leading services.

In fact, it is noticeable that it was towards the religious leaders of their day that the founders of most faiths aimed the criticism of hypocrisy.

Coronavirus has been a shocking disruption to our calm lives. The drastic measures put in place by the president – acting decisively and timeously – may help to limit its impact in South Africa. Indeed he ended his statement by calling on us to show “solidarity, understanding and compassion”. Fine words which have been endorsed by a trio of Anglican archbishops. But we need our religious leaders to ensure that we turn those words into action.

One good that may have come of this crisis is to make us all aware of the fragile state of our society and our public health. And perhaps, after we have avoided the possibility of thousands dying this year of an un-curable virus, we will remember that every year over 100,000 South Africans die of TB, an avoidable and treatable bacterium.

Perhaps one day preventing deaths which we already have the science and the resources to prevent will also be treated as National Emergency.