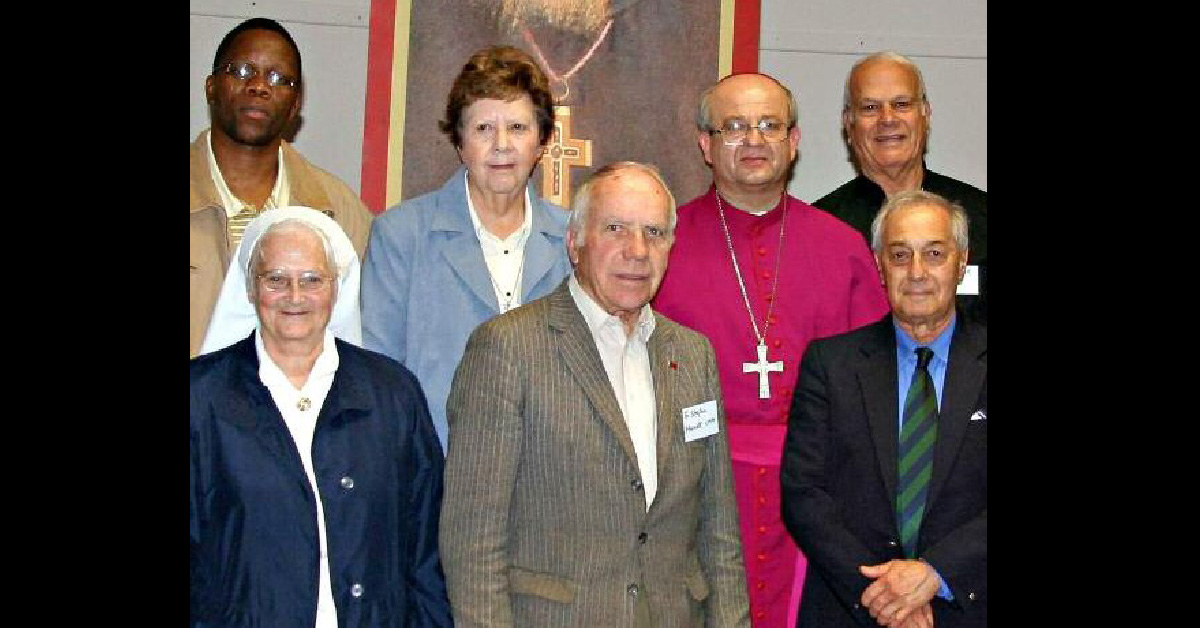 In the space of a few days, two great women of faith passed away. Sydney Duval, who knew both of them, pays tribute.

This month, the Church in South Africa lost two remarkable and well-known women of faith within days of each other.

Both renowned historian Professor Joy Brain and Sr Maria-Corda Waldhoer CPS were also valued members of the historical commission serving the cause for the beatification of Abbot Francis Pfanner, the Trappist monk who founded Mariannhill in 1882.

Prof Brain was 94 when she died at her home in Kloof, Durban, on June 17, after being fragile for some time.

Austrian-born Sr Waldhoer was 80 when she died of complications from Covid-19 at Mthatha on June 12. As reported last week, she was among four Precious Blood Sisters from the Glen Avent convent to die within days of each other.

Readers of Prof Brain’s historical works gained illuminating insights from her formidable knowledge of the major personalities and actions that were integral to the development of the Church in Southern Africa.

Bishop Stanley Dziuba of Umzimkulu, instructor of the cause on the Pfanner Commission, said he was deeply saddened at the news of the two deaths and the loss to the commission.

On her retirement as professor of history at the University of Durban-Westville, Prof Brain became the archivist at the chancery of the archdiocese of Durban under Archbishop Denis Hurley and then Cardinal Wilfrid Napier.

“Every now and then someone comes into your life almost unnoticed, until one day that person breaks into your space in a way you will never forget. That has been my experience with Joy Brain,” Cardinal Napier said.

“Two projects in particular gave access to the real Joy Brain: recording the history of the diocese of Umzimkulu and the coffee table edition of the History of the Archdiocese of Durban on its 150th anniversary.

“This gave me insight not only into to the sharp mind of Joy, the history professor, but especially into the heart of a devoted Catholic wanting to let the world know what her Church meant to her and why,” he said.

Mgr Paul Nadal had known and worked with Prof Brain for many years. “Joy Brain possessed a married surname that suited her admirably. When I was vicar-general to Archbishop Denis Hurley, she was the chancery archivist. She was legendary for keeping accurate and detailed records of the activities within the archdiocese,” Mgr Nadal recalled.

“She loved her work and she did it all with a wonderful sense of humour. We spent many happy times talking and reminiscing.”

Prof Brain not only wrote important works about the Catholic Church in Southern Africa, but she also fully lived her Catholic faith intellectually and spiritually. For many years she and her medical doctor husband Peter regularly attended Sunday morning Mass in the monastery church at Mariannhill.

Prof Brain, with Prof Philippe Denis OP, chairperson of the Pfanner historical commission, brought to the commission their valued experience of having served on the commission which culminated in the beatification of Benedict Daswa as South Africa’s first martyr.

They had also co-authored the seminal 1999 book The Catholic Church in Contemporary Southern Africa.

I first got to know Joy Brain when she was working on a history of St John Vianney Seminary, published in 2002. I was asked to contribute a narrative on student life.

I next met her when my work at Mariannhill took me to the Durban chancery where Prof Brain helped me to access documents. On August 25, 2002 we shared the unforgettable celebration of the 150th anniversary of the arrival of Bishop Allard and his Oblate missionaries in Natal.

Then came the Pfanner beatification process which was inaugurated at Durban’s Glenmore Centre on October 31, 2009. Many sessions of the historical commission followed which brought me into close contact with Joy and other members as the commission secretary.

It was during these sessions, characterised by lively interaction, that I got to know more of Joy and Sr Maria-Corda Waldhoer—their personalities that were part of the scaffolding that sustained their professional lives.

Joy was sharp and forthright and commanded attention the moment she began to speak. She was also witty and quick on repartee. She had a formidable intellect matched by a profound knowledge of who did what to make the Catholic Church a real presence in the life of this country—from the pioneers to the hierarchy, priests, religious and laity who resisted apartheid and racism. She also had the courage to speak truth to power.

In recording a pioneer priest’s concern over the growing support for the colour bar among his white parishioners, Joy wrote that in his reply in 1856, Bishop Allard established, even at that early time, the official Catholic response to racism. She quotes Bishop Allard: “As to colour, the Catholic Church does not pay attention to it. Jesus Christ died for all men (sic) without distinction.”

Among Joy’s doctoral thesis and many published books is her work on “Christian Indians in Natal” and tracing the ancestry roots of indentured Indian workers in South Africa between 1860 and 1911.

Her research involved cataloguing and analysing passengers on board 384 ships carrying some 152 184 Indians to grow the economy of Natal for colonial capitalists.

On July 7 last year, the Durban Book Fair honoured Joy and her pioneering research on the indenture system as “a priceless gift to a marginalised people’s history”.

Joy leaves three daughters: Elizabeth, Philippa and Helen, herself a prolific writer of children’s books; and a son Robert. Her eldest son Richard is deceased.

Sr Maria-Corda Waldhoer was shaped by three passions: Her religious life as a Precious Blood Sister; her devotion to Abbot Pfanner; and service to the marginalised and needy—work she lived out as manager and remedial teacher at Ikwezi Lokusa Rehabilitation Centre in Mthatha.

She had also served as superior of her congregation at Mariannhill as well as obtaining various degrees, including a diploma in special education for children with cerebral palsy.

Remembered by all as a kindly, gentle and caring woman from Puchkirschen, Upper Austria, who answered “the voice asking, ‘Why don’t you work for me?’”, Sr Maria-Corda would jump at the chance to do any special tasks to assist the commission.

Hers was a face that lit up at the prospect of a good chat. She was remarkably well informed on Abbot Pfanner and was a fountain of stories and precious memorabilia that made him come alive.

Among my memories of her is the time she stood in the sunlight in 2010 to narrate the tableau comprising St Francis College pupils in celebrating the 125th anniversary of the arrival of the Sisters of the Precious Blood in South Africa.

The Sisters went on to fulfil their mission in pastoral work, in catechetics, in education, poverty alleviation and healthcare.

Their contribution to health services reached a stage in the growing threat from the HIV/Aids pandemic when the Sisters at St Mary’s Hospital showed great courage and inspired human compassion to defy government policy and begin ARV treatment for those infected by the disease.

Here was a new form of inspired heroism at the service of mankind and contributing to the cri de coeur of Fr Bernard Huss CMM “for better fields, better homes, better hearts”.

To Joy and Maria-Corda, two sisters in faith who shared part of an enthralling journey, adieu!