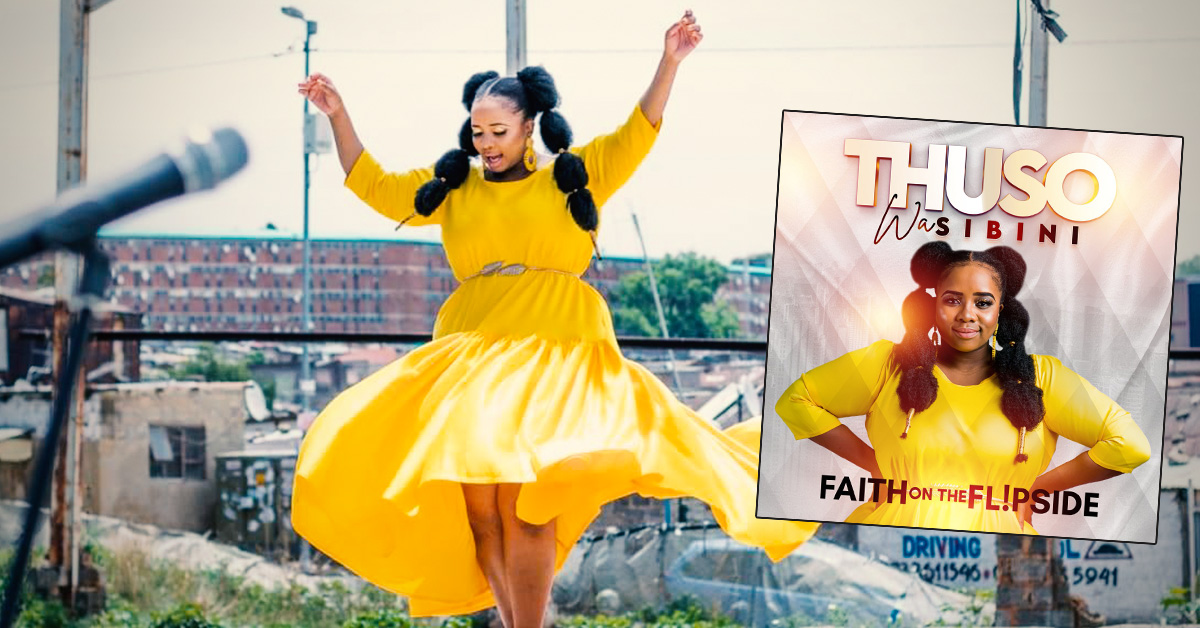 Catholic Gospel singer Thuso Wa Sibini released her debut album in January this year, “Faith On The Flip Side”.

Having released her debut album, Catholic gospel singer Thuso Wa Sibini believes there is an audience for singers like her outside the Church, as she told Daluxolo Moloantoa.

Gospel music, according to Catholic singer Thuso Wa Sibini, “is not just a genre of music. It is a calling, and I answered.” The 30-year old mother, who was born and raised in Alexandra township in Johannesburg, has been singing since she was eight years old.

In January Thuso released her debut album, titled Faith On The Flip Side. It followed her debut single “Magnificat”, which was released in December. The single was well-received and remains a firm favourite for many of those hearing it for the first time on the album. “The beautiful thing is that even mainstream DJs are remixing it, and adding it to their repertoires at live shows. It is timeless, and people are appreciating it,” she says.

Thuso was raised by her grandmother. She recalls the strict ethical code by which she was raised. “My grandmother was the author of every moral fibre in my being,” she says.

“I harbour  and treasure my fond memories of being woken up at 5am to get ready for Mass beginning only at 9 — and we lived only five minutes away from our parish church, St Hubert’s in Alexandra.” It was these early mornings that got Thuso involved in the preparations for liturgy, as she was always at church long before Mass would begin. “I found myself being requested to help with Mass preparations by the sacristans and the church choir. This is how I ultimately joined the youth choir,” she explains.

Thuso follows in the footsteps of her fellow parishioners and Alexandra residents The Light Twins, the popular duo of twins sisters who have taken their music beyond Catholic church pews and into the mainstream gospel music scene. From St Hubert’s youth choir Thuso moved on to the senior church choir.

“The church choirs at St Hubert’s are nothing short of amazing,” she says. “Over and above their incredible, majestic sounds, they have a serious interest in liturgical correctness.” Credit for that, she points out, is due to long-time parish priest Fr Ronald Cairns OMI. “He will stop any song during the Mass that isn’t liturgical. The choir will then have to think on its feet, and change the song on the spot. This has influenced my own music, in the attention to detail I invest in each song I create.” 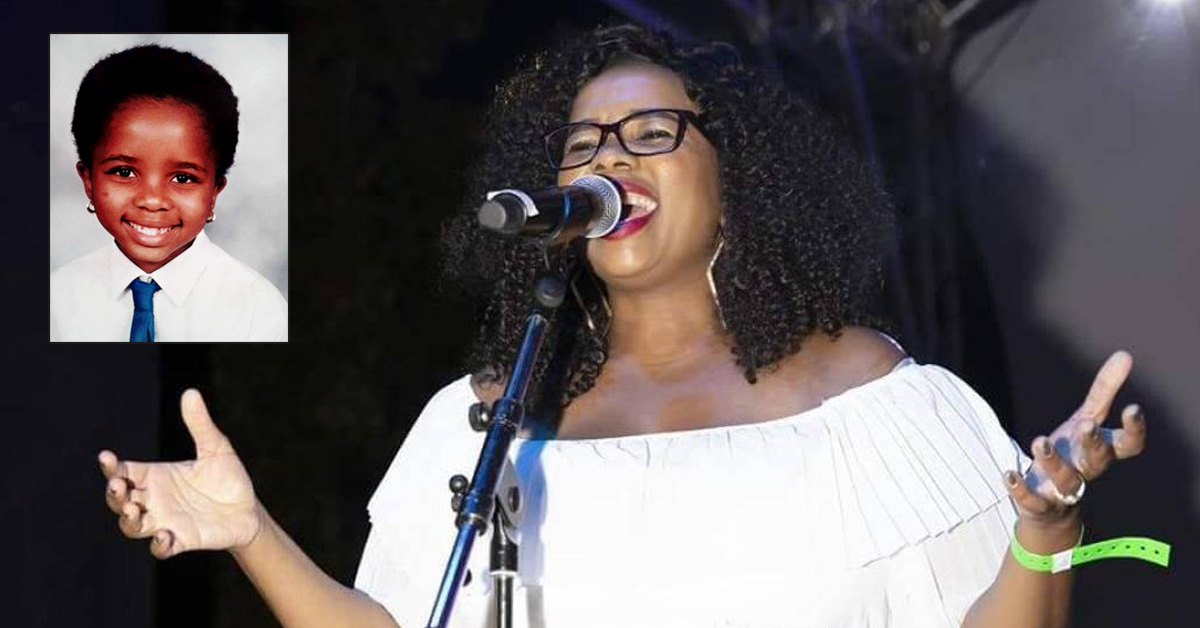 Thuso Wa Sibini released her debut album in January this year, but she has been singing since she was eight (pictured inset) in St Hubert’s parish in Alexandra, Johannesburg.

Another part of her grooming as a music artist was being involved with Radio Veritas. “I was a co-host with Tiiso Mosoeu on a music programme called ‘The Saturday Morning Show’. But I have taken a step back from it to focus on my music career,” she explains.

Alexandra has been a major influence in both Thuso’s personal and professional life. She draws from the township’s diversity and cultural tapestry to create new music. “There are so many different people from all walks of life in Alexandra. The amazing thing is that they are all able to live together in harmony.”

Thuso was part of the archdiocese of Johannesburg’s contingent at World Youth Day in Madrid, Spain, in 2011, representing St Hubert’s. The experience taught her a great lesson about the Catholic Church. “There were many young people from every corner of the world at World Youth Day. There were Masses across Spain every day, in a multitude of languages. This is when I came to realise what is meant when they say that the Catholic Church is the ‘Universal Church’,” she recalls.

For her, this universality expresses itself abundantly in music. “With every Mass, the language and the music was unique to each country. The rhythm and the style of presentation, too. But I could follow because the liturgies were well within the norms of a regular Mass at home.” She particularly enjoyed the African countries’ singing at Mass. “My ultimate favourites were the Nigerian Mass services. Hearing the infusion of the Afro-beat sound into the songs, even the sacred songs, was an awe-inspiring experience. I was truly blown away by it.”

Thuso’s greatest career challenge so far has been the creation of Faith On The Flip Side, her debut album. And the feedback, she says, has made it all worthwhile. “The reception has been nothing short of absolutely amazing. I knew I was giving it my all, but I didn’t think that I would be getting calls from all sorts of people patting me on the back, so to speak. There’s not a single song on the album that I haven’t got great feedback for. I really pray that the album receives the recognition I think it deserves.”

Like The Light Twins, Thuso is determined to take her music beyond a Catholic audience. “It is now time for Catholic music artists to get out there. The time for making music just for ourselves is over. There is a huge gap in the local gospel music scene for authentically and unapologetically Catholic music to fill. I would like to one day switch on Metro FM or watch a music channel on DStv, and see a proudly Catholic music artist on air,” Thuso says.

Catholic support will be crucial to the process. “I am currently praying, and working so hard for God to open the doors of the mainstream South African music industry to up-and-coming Catholic music artists,” she says. “I really want to teach the mainstream about the richness and beauty of Catholicism through my music. But it has to start with Catholics supporting Catholic artists. The support should be so loud that the mainstream music scene cannot ignore it! It means Catholics selling out Catholic music concerts,” she says.

“The opportunities are immense for Catholic music artists to reach their potential, and by doing so become a force to be reckoned with in the South African music industry.”

Thuso Wa Sibini’s single “Magnificat” and her album Faith On The Flip Side are available on all major digital music platforms. To order a CD copy email ThusoWaSibini@gmail.com