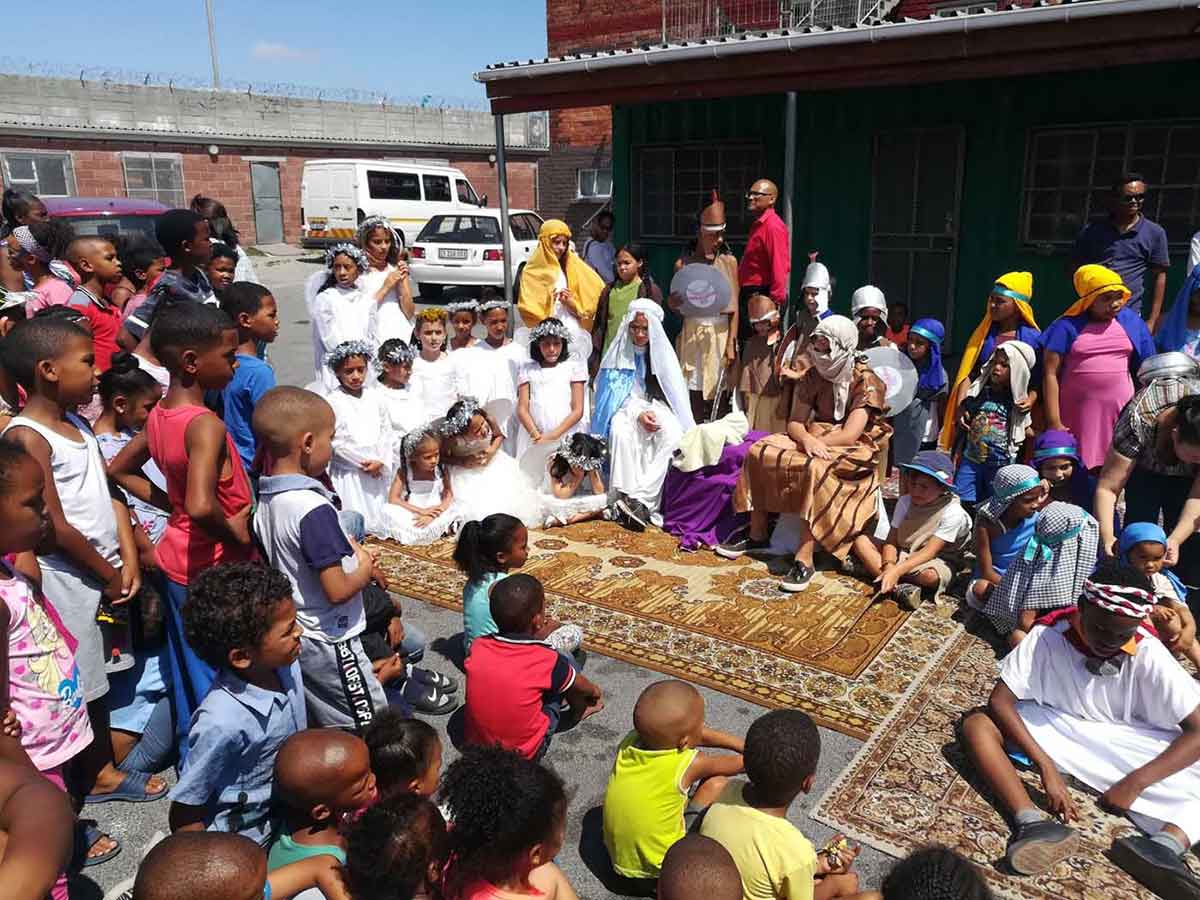 Members of the Neocatechumenal Way live out their charism by being lay missionaries. Here they perform a Nativity Play in Belhar, Cape Town.

For lay people who don’t want to join the priesthood or religious life, there is the option of joining a ‘Third Order’. Father S’milo Mngadi explains.

Not everybody who hears God’s call to sacrifice the ways of the world is also called to the priesthood or consecrated religious life. Such people may join what is called “third orders”. Tertiaries, as they are known, live out the spirituality of religious congregations while still going about their secular daily lives. Examples include Focolare, the Neocatechumenal Way, Opus Dei, the Community of Sant’Egidio, and various secular institutes.

Here we need to go back to the early Church. When the formal persecution of Christians in the Roman Empire ceased after 313 AD, a number of people felt the need to experience the “suffering for Christ” in new ways. Hermit movements increased and were later formalised into monasteries which emphasised detachment from the world, mainly through austere living in communities of obedience while observing complete sexual abstinence.

Monks and nuns who had “left the world” became the locus of wisdom and spiritual guidance for people who “remained in the world”. Even kings and rulers sought their counsel. Now many people wanted to share their spirituality as their secular lives permitted.

To meet this need, the Benedictines, for example, started the “Oblates”. These partook of certain practices of monks and modelled their spirituality in their daily living. This was ritualised through a public commitment and investiture with things like a smaller scapular worn underneath people’s normal clothing.

The rise of mendicant orders — those that travelled to evangelise rather than be encloistered — at the beginning of the second millennium saw the founding of the Third Orders or tertiaries for people “in the world”. This is true of orders like the Franciscans, Dominicans and Servites. Ultimately, even these were made to return the cloister model by the order of the Church hierarchy, contrary to their founding charisms of being “wandering monks”.

In spite of this, people who could not enter the cloister continued in the “world”. Some of these would later develop into non-cloister religious congregations generally known as “third order regular”. Others, however, remain, to this day, purely “secular” and are called “secular third orders” or “secular” Carmelites, Dominicans, Franciscans and so on.

More recently, a sizeable number of religious congregations have started movements for lay members called “associates”. The Holy Family Association was one of the first to follow this route.

The associates, like tertiaries, share the same spirituality with their “mother” congregations and support their work. They are mainly people who were members of those congregations, relatives of members, beneficiaries of their ministry (particularly, schools) and so on.

All these secular orders/groups are recognised by Canon Law (303). They are not joined only by the laity but also by diocesan priests, also known as “secular priests”.

Even popes were members of the third orders. For example, Pope John XXIII belonged to the Third Order of St Francis, now known as the Order of Secular Franciscans. However, their clerical status is not formally recognised in these groups. All are equal.

There is also a newer reality of ecclesial movements which incorporate priests and laypeople on a semi-equal basis. They share the same spirituality; each one according to their state of life. Examples include Focolare, the Neocatechumenal Way, Opus Dei, the Community of Sant’Egidio, and various secular institutes.

An example of the latter is the Institute of Christ the Priest, founded by Fr André Blais OMI in Umzimkulu, KwaZulu-Natal, which has lay members called “auxiliaries”.

All these movements, generally beyond the jurisdiction of a diocesan bishop, share a common charism and contribute not only to their mother congregations/bodies but also to the wider communion of the Church and her apostolate to the world.

This article was published in the November 2020 issue of The Southern Cross magazine
Subscribe to receive more content like this.  There is a range of options – 3,6,12 months and print, digital or a combination subscription to both (for the same price!). Order latest editions or back-copies at R30 (plus R12 p&p) from admin@scross.co.za, or order online for your parish