The Sodalities of Charity 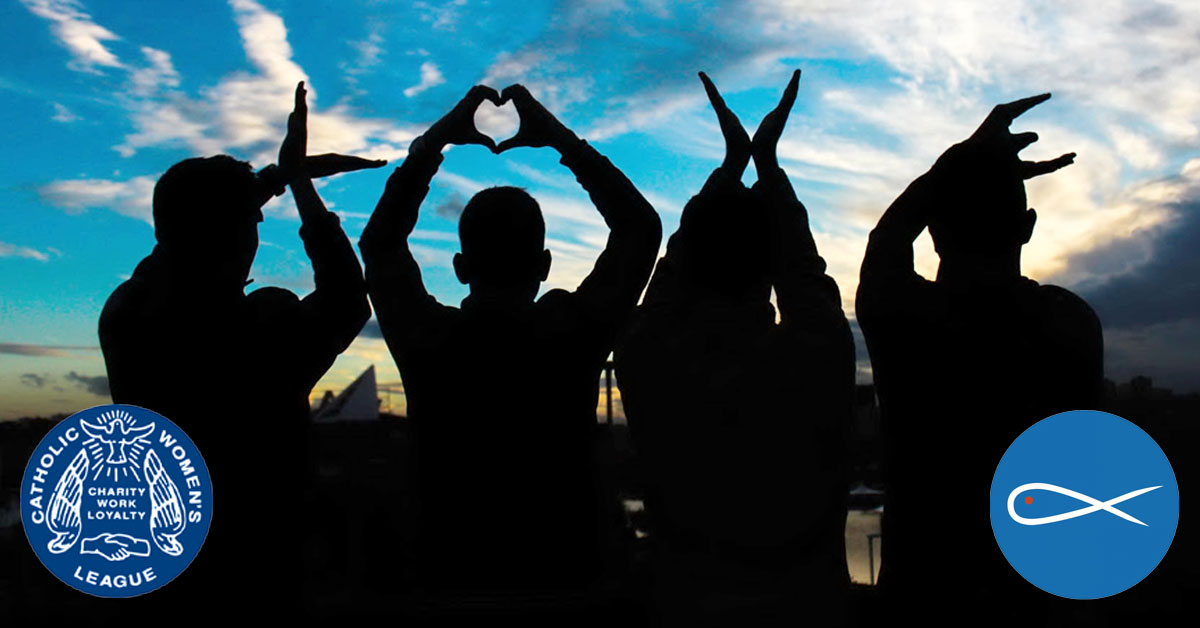 The Church’s ministry is like a vehicle with four wheels. They are liturgy/worship, preaching/kerygma, teaching/catechesis and service/witness. The last, also called the diakonia, reaches more people outside the Church through its expression of God’s unconditional love. It also affirms that we are truly Christ’s disciples (John 13:35).

A significant part of this ministry is works of charity. It was so significant in the early Church that it gave birth to the first apostolic structural innovation, namely, the diaconate (Acts 6:1-7). The care of the anawim Yahweh, or poor of God — especially widows, orphans and foreigners — was at the very centre of the life of the early Church (1 Timothy 5:3-16; James 1:27; Hebrews 13:2). Together with other commands of Christ, especially in Matthew 25:31-46, these were theologically developed into “the seven corporal works of mercy”.

Besides religious orders, a great number of lay people are dedicating themselves to this important ministry. Some do it individually, others do it as part of or as an appendix to their sodalities’ specific apostolate. Others remain merely parish-based (not affiliated anywhere beyond) in order to avoid subscription fees and organisational bureaucracy. Their work stretches far and wide, bringing the solace of Christ to many who are in difficulties, spiritual or material. 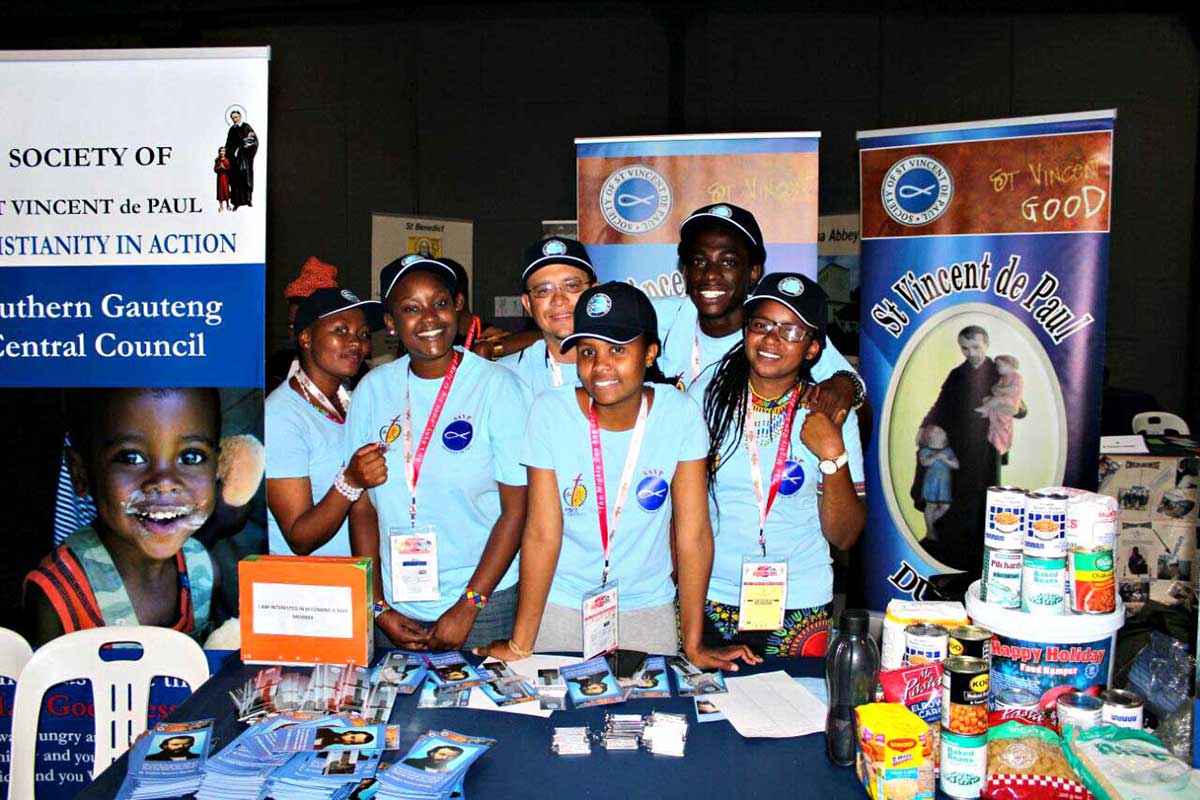 Others, however, have formed themselves to be groups fundamentally for this particular apostolate of charity. Primary among these, in our country, is the Society of St Vincent de Paul (SVP), founded in 1833 in Paris, France. Its work is well encapsulated in this statement from the local SVP’s website: “alleviating the worst human suffering in areas of abject poverty — the hungry, the homeless, the sick, vulnerable children and destitute aged” (see www.ssvp.org.za).

The SVP is highly-structured, with a national council and local conferences, and it is registered with an NPO number and an online, tax-deductible donation facility. But beyond the bureaucratic infrastructure, the SVP stresses that its work of charity emerges from members’ faith and is an expression of that faith. They call it “the Vincentian Way”, after the great French saint  St Vincent de Paul (1581-1660). In the words of SVP founder Bl Frederic Ozanam: “We must do what Jesus did… let us go to the poor.” 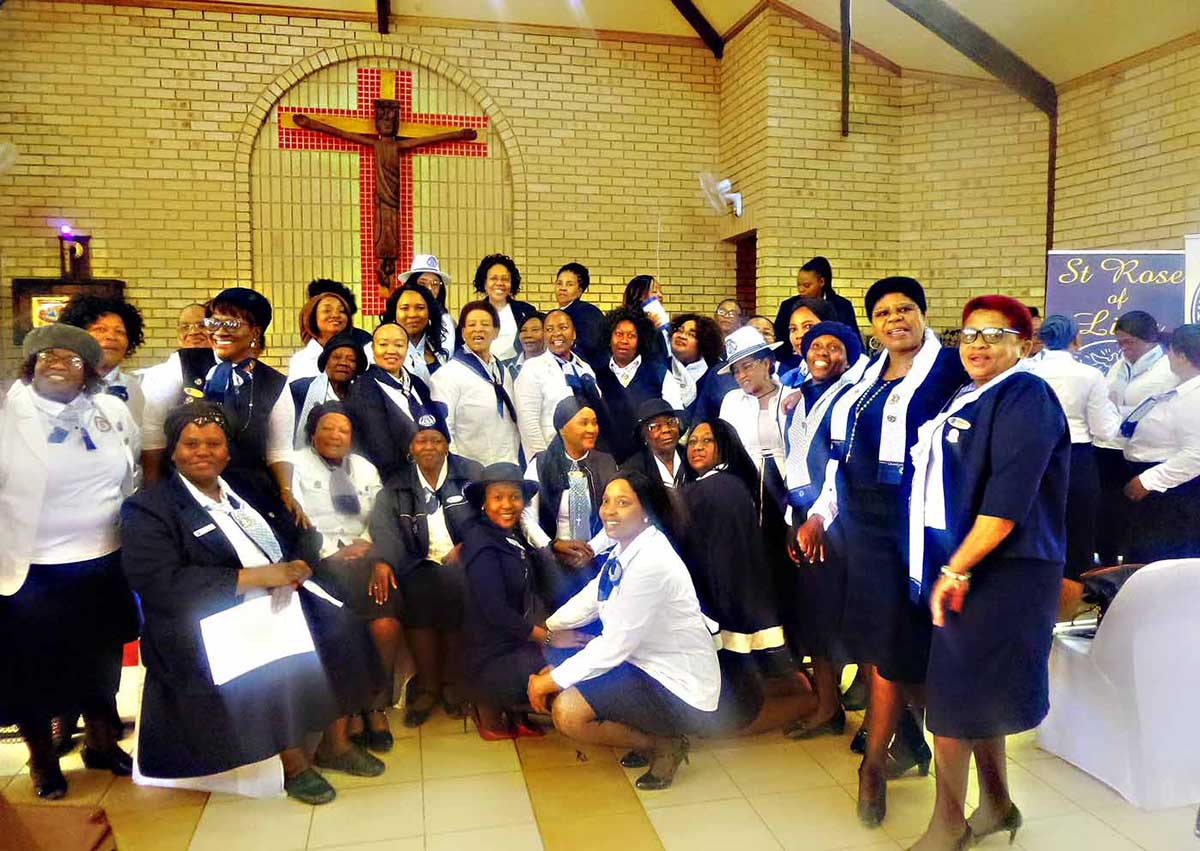 Another group that has been deeply involved in the work of charity is the Catholic Women’s League (CWL). The acronym CWL doesn’t just abbreviate the sodality’s name but also serves as a rendition of its motto: “Charity, Work, Loyalty”.

Though it does many other things, works of charity are at the core of the CWL’s ministry. However, with the CWL’s expansion into black parishes, certain new challenges have arisen. Some black members want the CWL to be “like other sodalities”, with things like uniforms, parish support as a group, gifts for parish priests, and so on.

The SACBC has invited all groups involved in works of charity to come under the umbrella of Caritas. Caritas Internationalis has been the official charity arm of the Catholic Church since 1954. Its motto is “Ending Poverty, Promoting Justice and Restoring Dignity”. Caritas was started in 1897 by Lorenz Werthmann in Germany and “internationalised” in Italy by Archbishop Giovanni Battista Montini, the future Pope St Paul VI.

Some groups have raised concerns about their autonomy and legacy vanishing in this “amalgamation”. It is hoped that the Trinitarian unity model becomes the guide, because a house divided against itself cannot stand (Mark 3:25) and that the least must not be neglected (Matthew 25:45) in the formation of a mega-structure.