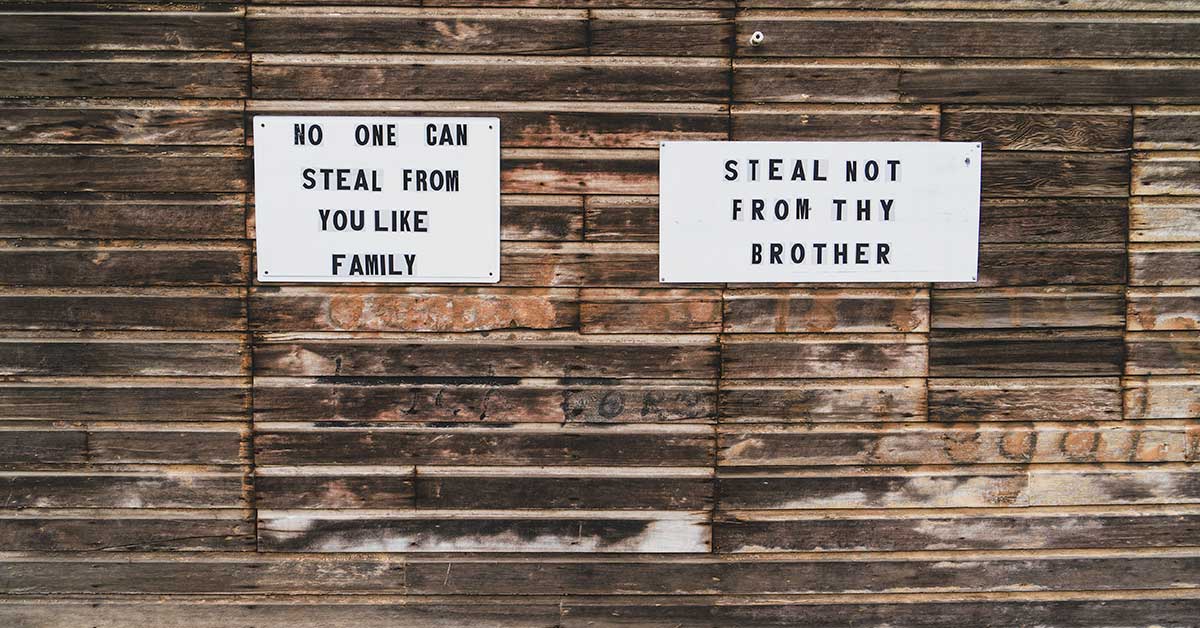 Are we in danger of creating a culture of impunity? While we might have good reason to justify certain individual acts of lawlessness, where will the accumulation of those acts lead?

For me, the interesting connection between the looting in July and Jacob Zuma is that both were examples of people who seemed to have no fear of the law: either they felt that it did not apply to them, or that, if challenged, they could use force or bravado to keep the law at bay.

And in the aftermath, I was surprised to hear comments which, instead of condemning those who have taken things, saw this as “good for them” for helping themselves. This is sometimes excused as a peculiar form of social justice.

The argument is that people are poor, so they are entitled to take what they need. Or that people have been robbed in previous generations, so this generation can take goods in recompense.

Undoubtedly there has been gross injustice in South Africa and clearly, there is still massive poverty. I see this every day with the homeless people we serve at the Denis Hurley Centre in central Durban. But does that make it moral to loot? There were certainly homeless people involved in the looting, judging from the smart shoes that some have been wearing (not necessarily the right size or even a matching pair).

But there were many homeless and poor people who did not steal. What are we saying to them? That they were fools for not having helped themselves? That their innate sense of morality should have been suspended in the free-for-all?

Meanwhile, judging by the smart cars involved, there were many looters who were far from destitute; these people were driven not by need but by greed. What is our reaction when we discover that some of the looters attend our churches, work with us or live near us, are members of our families? Do we pretend not to notice the smart new TV?

A professor at the University of KwaZulu-Natal told in me that she had seen one of her star pupils — a woman whom she had grown to admire and trust — posting unselfconsciously on social media photographs of the spoils of her looting. Should the professor just shrug her shoulders at the young woman’s evident lack of conscience?

I have found a strange convention in South African society that we should just turn a blind eye to clear wrong-doing. When I first arrived at the Denis Hurley Centre I became suspicious of a man who ran our homeless feeding programme. There were odd discrepancies between the food items donated to us and the food being used.

I applied some simple investigative techniques, found evidence, invited a lawyer to conduct a disciplinary hearing, and the man was found guilty and fired. Afterwards, his fellow parishioners  said to me: “We’re so glad you fired him; we all knew he had been stealing for years!” When I asked why nothing had been done about this, the reply was: “Oh, we didn’t want to ruin his reputation.” As though his reputation was harmed not by his stealing but by our shining a bright light on it.

It struck me, when I first moved to this country, that there is much less deference to the rule of law than I was used to in Europe. I pondered why this might be the case. Perhaps because in the bad days of apartheid, the law was something that no one felt they had to respect. White people did not need to care much about the law because they were regularly excused when they broke it. And the vast majority of people could justifiably treat the law with contempt since so many of the laws were neither fair nor just.

This culture of thinking that laws are for other people did not end in 1994. Probably each one of us has broken a law, and got away with it: because we were not caught, because we paid a bribe, because action was not taken, because people turned a blind eye. Of course, for most of us, those acts don’t involve looting or killing. But the law covers minor offences as well as major — and who is to judge where that line is?

Legislation requires us to drive below the speed limit, to report our income for taxes, to pay our domestic workers what is due to them. When I break these laws, do I tend to regard what I do as a minor misdemeanour? The danger is that when I do not apply the law to myself, then I am too embarrassed to apply it to others.

We are further justified in this because we are led by people who do not respect the law. The actions of Jacob Zuma and so many other politicians, from all sides, lead people to conclude that “I might as well help myself because everyone else does”. When some of the politicians challenging the corrupt also have unclean hands, their credibility and their ability to point fingers is undermined. So instead, we get a fudged view about what is right and wrong.

Even as politicians and less exalted looters try to blur the moral code, our religious tradition has a very clear line. The seventh commandment is very clear: “You shall not steal!” The Catechism of the Catholic Church rightly reminds us that our patterns of economic development are also covered by this injunction. But it does not excuse one form of theft to compensate for another.

Some of our religious leaders have taken a strong line against looters and corrupt politicians. And, indeed, Pope Francis was praised recently for approving an indictment for fraud against an influential cardinal. But when previous accusations have been brushed under the carpet, the position of religious leaders is not always strong.

I know of at least one bishop who has witnessed a priest steal millions from a parish and took no legal action. Is it a surprise when an employee of the same diocese then steals half a million rand and also expects nothing more than a gentle reprimand? We condemn political parties who protect their favoured sons and daughters from the might of the law, but then we repeat this in our own Church. The more we allow impunity, the more we encourage criminality.

If we are not prepared to defend the rule of law, then we cannot complain about the anarchy that follows.