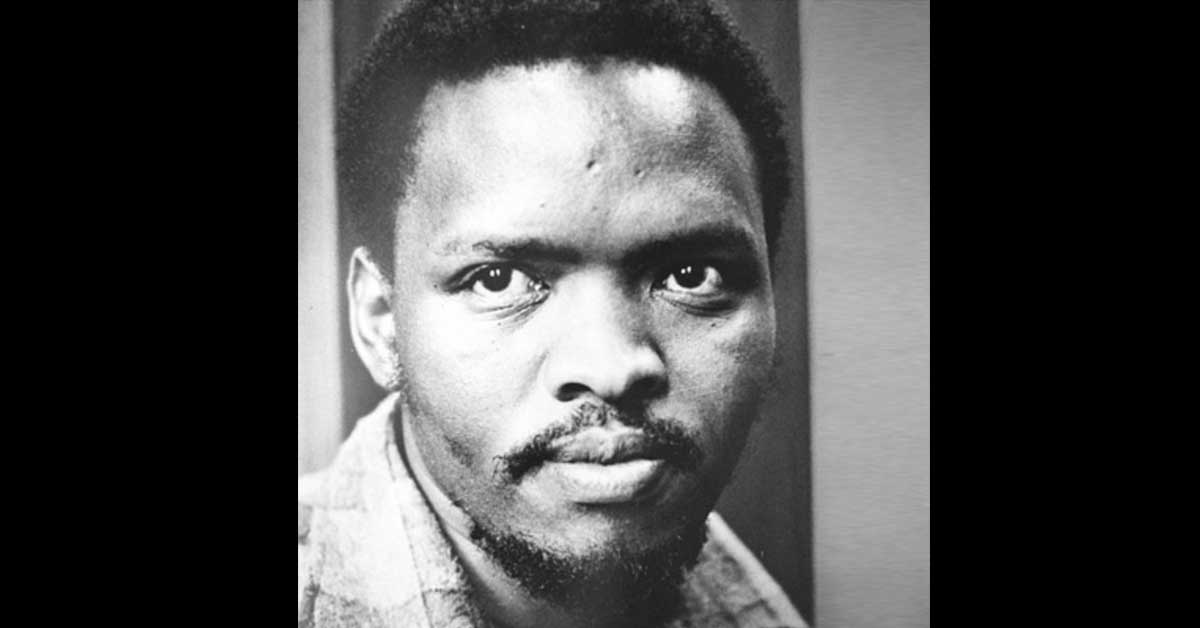 On September 12, 1977, Bantu Stephen Biko was assassinated by the apartheid government of Prime Minister BJ Vorster — and, by implication, all who elected him into power.

On such commemorative days people often ask, what would Steve Biko be saying today in 2021. It is human for us to ask what would have been the role of heroes like Oliver Tambo, Robert Sobukwe, Chris Hani etc had they lived longer. The same could be asked about the leaders of the 1956 Women’s March to the Union Buildings like Lillian Ngoyi, Helen Joseph, and Rahima Moosa.

The answer is simply that we do not have the answer. At least we know that Aunty Sophia William-De Bruyn, the only living leader of the Women’s March, is still a leader of integrity who does not have public scandals over her head. She continues to promote ethical leadership in politics and in government while her party, the African National Congress, makes headlines for all the wrong reasons.

We are grateful that although Biko was not from the Congress Movement, the ANC has honoured his martyrdom by renaming the HF Verwoerd Hospital into the world-class Steve Biko Academic Hospital, associated with the prestigious University of Pretoria. The former Beatrix Street which leads to the hospital bears his name in the centre of the capital Pretoria.

While we do not know the kind of leader Bike would be today at 74, his contribution and legacy are too momentous to be ignored.

I did not know much about him in 1977. I was only 9 years old and in primary school. After his murder by the apartheid government, his pictures were splashed around our “matchbox” family home in dusty Mamelodi. What I remember vividly was the use of the slogan “Black Power”, often accompanied by a clenched fist.

That was the beginning of my political consciousness, though I was still in the pre-pubescence of my moral development.

“Black Power” was even more powerful than the #BlackLivesMatter campaign of our time. At the primary level, this newly-found power meant African people should not make whiteness as a measure of civilisation or divine favour. Colourism had destroyed the self-confidence of many people of African descent.

The lighter your pigmentation, the closer to the white skin, the more you were favoured by some people for social status, employment and other benefits. The lightening or whitening of black skins grew even during this period. This industry made millions from especially African women because their darker skin was a social crime. Colourism is still a problem post-1994, because employers, beauty pageants and broadcasters still discriminate against people based on the tone of their skin.

Coloured people were not spared the cruelty of racism and apartheid, though they had superficial benefits from the state.  Older people will remember the humiliating pencil test which the government used to classify your race. A pencil was used, against your will, to determine your population group. If a pencil stuck in your hair, you were likely to be classified a “Coloured” person; if it didn’t, you could be declared “white”. This practice brought havoc and pain to many families who were separated by forced removals to places where people were supposed to look the same or belong to a particular tribe.

At the theological level, “Black Power” signified that all people are divine and created equal. No race was superior to another. Apartheid and racist colonialism had put Whites/Europeans as the best and favoured children of God, with Indians and (South African) Coloureds in the middle, while Africans were treated as unwanted and God-rejected at the bottom of the caste system and social engineering.

It was Biko’s Black Consciousness Movement which initiated a uniquely South African black theology and later a process towards the inculturation in the “mainline” churches, such as the Catholic and Anglican churches.

Young people presume that the modern style of divine worship was always the status quo. In some of these churches, which came with colonialism, men were forced to wear European-style jackets or they’d burn in hell. Women were expected to cover their heads in order not to lead men into temptation. Clapping of hands, ululations, use of drums and other musical instruments were considered heathen. The arrogance by missionaries and imposition of western culture are some of the reasons we had independent churches correctly called African Initiated Churches.

One of the legacies of Biko was to unite indigenous Africans, Coloureds and Indian communities into the Black Consciousness family. Dr Allan Boesak, Dr Saths Cooper and Dr Nthato Motlana all considered themselves black, even though apartheid defined them as Coloured, Indian/Asian and African respectively. The concept of “Blacks in general, and Africans in particular” is not in accord with the teachings of Biko, because Indians and Coloureds, like their fellow Africans, did not have political or economic power. The few privileges they did have were due to the “divide and rule” that was key to the social engineering project of “separate development”.

Biko championed community development. Members of his movement built clinics where they did not exist. They volunteered in developmental projects in rural areas and townships. They started night schools where they taught adults basic literacy, He encouraged the development of black theology and black business.

The most important legacy of Black Power was in its revolutionary stance. After the banning of the African National Congress, Pan Africanist Congress of Azania and the South African Communist Party, the national liberation struggle suffered a big blow, with most leaders either in detention, banned or exiled. Biko succeeded in mobilising students, youth and intellectuals to be their own liberators.

The 1976 student uprising started simply as a protest against the imposition of Afrikaans as a medium of instruction. Soon after that, the youth of 1976 and beyond saw Bantu Education as an instrument to produce more labourers for the economy that benefitted white people.

At the universities, student leaders like Onkgopotse Tiro, Patrick “Terror” Lekota, Cyril Ramaphosa, Patrick “Let Them Dance” Molala, Elias Motsoaledi and many others made institutions of higher learning terrains of struggle.

Thanks to Biko, our freedom came early. More young people went into exile to swell the ranks of ANC/Umkhonto we Sizwe, PAC/APLA and AZANLA. Those who remained inside the country became more militant and focused.

It could be argued that the United Democratic Front was formed by adherents of the Black Consciousness Movement, leaders such as Lekota, Fr Smangaliso Mkhatshwa, Rev Frank Chikane and many others.

The system that killed Biko was elected by citizens. On November 1, we face another election. We know that, yes, heroes of yesterday can become villains of today. As we prepare to elect councillors in the local government elections, let us look at values and principles which made heroes like Biko stand out from the crowd.

When we elect politicians into power, we are not just passive participants but also part of their success or complicit in their crimes. One good thing about local government elections is that we choose our own leaders.

We will never know if  74-year-old Biko today would be president or member of the cabinet or leader of the opposition.

For a closer look at the man, consider these quotes attributed to Steve Biko:

“So as a prelude, whites must be made to realise that they are only human, not superior. Same with blacks. They must be made to realise that they are also human, not inferior. “
“In a bid for change, we have to take off our coats, be prepared to lose our comfort and security, our jobs and positions of prestige, and our families… A struggle without casualties is no struggle.”
“WOMEN must be at the forefront of nation-building to bring the South African citizenry together and, therefore, develop a whole new ethos of human co-existence.”
“A people without a positive history is like a vehicle without an engine.”
“The most potent weapon of the oppressor is the mind of the oppressed.”
“I’ve devoted my life to see equality for blacks, and at the same time, I’ve denied the needs of my family. Please understand that I take these actions not out of selfishness or arrogance, but to preserve a South Africa worth living in for blacks and whites.”
“In time, we shall be in a position to bestow on South Africa the greatest possible gift – a more human face.”
“It is better to die for an idea that will live, than to live for an idea that will die.”
“I’m going to be me as I am, and you can beat me or jail me or even kill me, but I’m not going to be what you want me to be.”

Fr Mathibela Sebothoma is a priest in the archdiocese of Pretoria. He writes in his personal capacity.