By Mark Pattinson – Let’s go back in time — way back — before Thomas Edison figured out how to harness electricity to make a lightbulb. 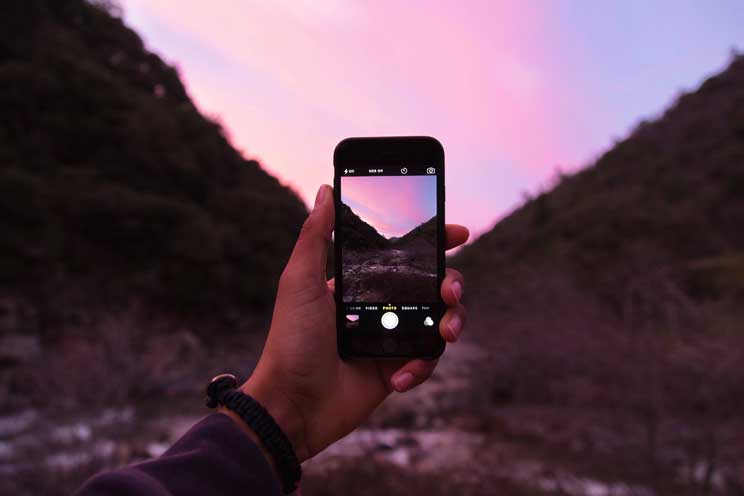 In those very-long-ago days, people of means in the Western world entertained themselves in their parlours with music. Some people had pianos. Others could play instruments to accompany themselves or others singing along.

Those who chafed at performing at the drop of a hat for friends and relatives must have breathed a sigh of relief with the development of the phonograph—then a cumbersome box one had to crank like the motorcars of the era to get to play.

Then along came the radio. More often than not, it was a “crystal set”, because crystals were used to help bring in the relatively few radio stations in use at the time. People would have to gather around the radio to listen to news and entertainment.

The development of television seemed like the next logical step.

Later, progress was counted in terms of miniaturisation and portability. Enter the transistor radio, perfect for taking to the beach or a picnic, as long as you had a 9-volt battery. Recording technology cast off those old, heavy, shellac-coated 78 rpm records with long-playing discs that could hold 20 minutes of music on each side—and if you still preferred singles, they came in the form of 7-inch 45 rpm vinyl discs. This begat 8-track and cassette tapes, and compact discs.

The “portable” TV was still a bit cumbersome, but if you had the arm strength and a cord that was long enough, you could watch TV anywhere you could get a signal.

Nor was the storage of information immune to these developments. Libraries were the primary repositories of information. Then came the computer, whose hardware would take an entire floor of space. Then an entire room. Next thing you knew, you could buy a “personal computer” that took the place of a typewriter and could perform additional functions to justify its steep price tag. This inexorable march led to the laptop, the tablet and the smartphone. Now we have devices that can do all the functions of music, television and text that we take with us wherever we go.

Who among us hasn’t seen smartphones sticking out of the back pockets of kids too young to know better, and grown-ups old enough to know better? Of course, this doesn’t take into account the time people spend walking zombie-like on pavements and at malls staring into the screen of their phone, oblivious to virtually everything else.

And this is what is has come to: media addiction.

You won’t find this acknowledged in any of the medical literature—yet. But look at how media addiction compares with addiction to drugs or alcohol or even food.

People get into arguments with each other about the addict’s slavish devotion to the substance; when it comes to media, it’s mostly between parents and their kids.

Parents, though, are hardly exempt. In a May a study released in the United States by Common Sense Media, more than half of all adults interviewed admitted to having looked at their cellphone screen while driving. That qualifies as risky behaviour. If there’s any difference between the drug addict or alcoholic desperately looking for their next fix, it’s that distracted drivers can kill not only themselves but others when behind the wheel of a 1500kg car.

One significant — but not necessarily better — difference is the rate of denial. Sixty percent of parents believe their kids are addicted to media, yet half of all kids agree that it’s true. Still, they can’t stop using media—sometimes more than one form of media at a time.

Alcoholics and drug addicts can get sober. As opposed to what their bodies tell them, they can kick the habit. Media, like food, is a different matter. Food addicts can’t renounce eating, or else they’ll die. Similarly, media is all around us; by reading this, you’re using one form or another of media yourself.

Can we reasonably expect to turn off all computers and smartphones and TVs and radios and movies and video games and even books?

Tom Steyer, the founder and CEO of Common Sense Media, said his organisation is going to start touting “device-free dinners”, declaring that face-to-face communication is at risk of becoming a lost art if the situation doesn’t change.

Mike Robb, Common Sense Media’s director of research, said today’s children are, in effect, engaging in “the world’s largest real-time experiments”. Research on children in this area “is pretty incomplete. They’re developing, their brains are developing, cognitively, emotionally,” he added.

“It’s difficult to know how much effect ten years of iPhones has had on family life. The amount of time kids have spent on different platforms, different devices, has gone up.”

Gone are the days when there was “one big, central TV in the house”.