What? Catholics on the Trump Campaign

The campaign of Republican presidential nominee Donald Trump announced that it has formed a group of Catholic leaders to advise him “on those issues and policies important to Catholics and other people of faith in America.” 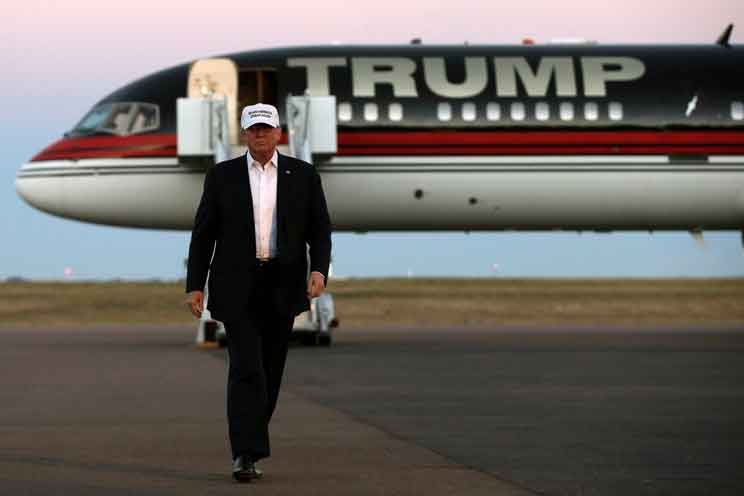 A news release said the Catholic Advisory Group “is a key element of the Faith and Cultural Advisory Committee to the campaign.”

“I believe the Trump campaign sees it as important to reach out to Catholic voters because the Catholic population does exercise a significant influence in each election, even though Catholics do not vote as a ‘bloc’ and that has not been the goal of the church,” Father Pavone told CNS.

He said he also has also been invited to serve on the Trump campaign’s Pro-life Advisory Group.

“In both cases, I’ve simply been asked to advise, and to lend the benefit of my knowledge of the issues that Catholics and pro-life people care about,” Father Pavone said. “For me it is simply a continuation of the efforts I make to give to all candidates a clearer understanding of certain key issues — for me, in particular, the abortion issue.”

The “most fundamental priority” for both church and state “is to end abortion, and the church can say and do a lot more than many legal advisers say we can when it comes to politics,” added the priest, who said he began pro-actively “advising” this year’s election after his book “Abolishing Abortion” was published in August 2015.

For many years, Trump described himself as “very pro-choice,” but by 2011 he changed his mind about abortion and became pro-life. In the first debate of 2015, he said his pro-life position came about after a couple to whom he is close changed their mind about having an abortion, deciding to bring the child they were expecting to term. “That child today is a total superstar, a great, great child. And I saw that. And I saw other instances,” Trump said.

Asked about Trump’s changed position, Father Pavone told CNS: “I deal on a daily basis with people who change their position on abortion – including abortionists. The natural direction of this change is from pro-choice to pro-life. What is more prone to happen for political motives is a change in the opposite direction. In fact, people seeking to rise on the political ladder are about the only ones who experience a change from pro-life to pro-choice.”

He said he has “no reason to doubt Mr. Trump’s sincerity on this matter,” because he has spoken with him more than once and with many of his close advisers about it.

“However, the other point is this: Even if such a change were just for political expediency, it would continue to be politically expedient for him to follow through in action,” Father Pavone said. “For a Republican president to receive from a Republican Congress a bill to, for example, to protect pain-capable children, and then to veto it, there would be such a rebellion in the Congress and in the party that all the rest of his legislative agenda would be ruined.”

As for the nominee’s outspokenness on the immigration issue, calling for building a border wall and putting in place “extreme vetting” of refugees and others, Father Pavone said that “while all the campaigns should strive to implement the principles that the church teaches related to immigration, … the hammering out of specific policies in this regard is the job of legislators, and there can be multiple immigration policies consistent with church teaching.”

Cella was described in the news release as the chief liaison to the Trump campaign for Catholic issues. Last March he was one of a number of prominent Catholics who signed on to an open letter in the National Review saying the GOP candidate was “manifestly unfit to be president.” The letter criticized Trump’s “appeals to racial and ethnic fears and prejudice” as offensive. CNS