Where do our Souls go after Death?

The soul is defined as ‘a pure spirit, subject of thought, distinct from the body, that survives bodily death’ (Dictionary of the Bible, by JL McKenzie SJ). The physicist Paul Davies suggests that ‘the soul may indeed go somewhere on bodily release’, even suggesting that it may enter the cosmos and maybe become part of the celestial (Japanese philosophy). If so, what happens after death, where is purgatory and does time mean anything?- Rex Barnes 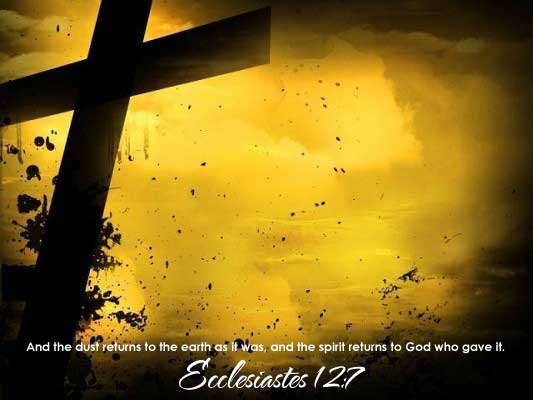 The relevant part of your question is the quote from Fr McKenzie’s book, which describes the accepted, essential attributes of the soul. This is because we are dealing here with a Catholic understanding of the question.

The teaching authority of the Church tells us that each human person has an individual spiritual soul which is rational and immortal. The soul is created directly by God. It is not part of the divine substance nor does it pre-exist the body. It is the vital principle which gives human persons their life and so has an essential relation to the body.

Vatican II expressed it simply like this: Though made of body and soul, man is one (Gaudium et Spes, 14). The separation that occurs at death between immortal soul and mortal body does not reduce that oneness of the human person. We are all programmed to die. But from the point of view of our faith, death was not in the divine plan from the beginning. Death was God’s punishment for disobedience to his will (Gn 2:17; 3:19).

Can the soul become part of the celestial cosmos? The cosmos consists of material objects. The soul is not material. It could not be at home there.

The Christian martyrs of the early centuries were acclaimed as saints who were in the immediate presence of Christ after death. It was impossible to believe that their self-sacrifice and the intense mutual love between them and their Lord would abruptly be snuffed out by death.

This remains the Church’s stand. The souls of the departed are with Christ and totally happy. However, they await the resurrection of the body when Christ will reign over his eternal kingdom forever. This waiting is not the passing of time because time is an earthly dimension. It is something that belongs to the mystery of our faith.

The souls in purgatory are in a kind of transition between bodily death and their union with their Lord. This state of expectancy is something beyond our comprehension now, but these souls are happily filled with anticipation of the glory to come. Updated from November 2015