Youth Exodus: What Can We Do?

Young Catholics who leave the Church in South Africa give much the same reasons young people the world over give for doing so. MATT HADRO found out what we can do about it. 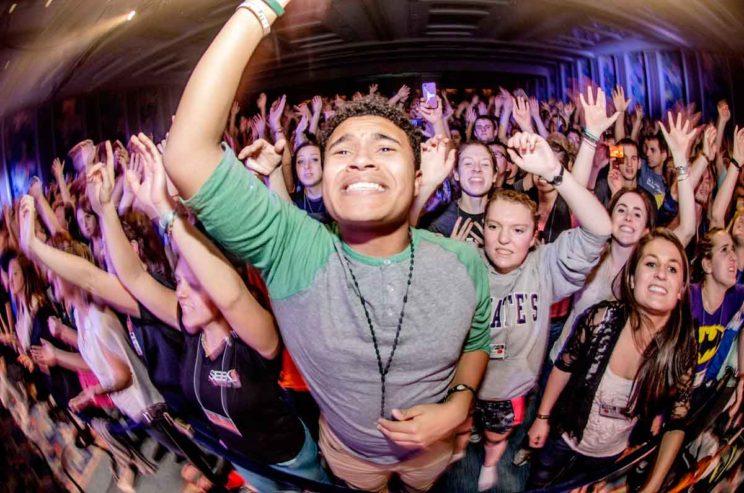 Young Catholics in the US are leaving the faith at an early age — sometimes before the age of 10 — and their reasons are deeper than being “bored at Mass”, the author of a new report claims.

“Those that are leaving for no religion—and a pretty big component of them saying they are atheist or agnostic—it turns out that when you probe a bit more deeply and you allow them to talk in their own words, that they are bringing up things that are related to science and a need for evidence and a need for proof,” said Dr Mark Gray, a senior research associate at the Centre for Applied Research in the Apostolate (CARA) at the Jesuit Georgetown University in Washington, DC.

“It’s almost a crisis in faith,” he said. “In the whole concept of faith, this is a generation that is struggling with faith in ways that we haven’t seen in previous generations.”

Dr Gray recently published the results of two national studies by CARA — which conducts social science research about the Church — in the US weekly Our Sunday Visitor.

One of the surveys was of those who were raised Catholic but no longer identified as Catholic, ages 15-25. The second survey was of self-identified Catholics age 18 and over.

In exploring why young Catholics were choosing to leave the faith, he noted “an emerging profile” of youth who say they find the faith “incompatible with what they are learning in high school or at the university level”.

In a perceived battle between the Catholic Church and science, the Church is losing—and it is losing Catholics at a young age.

“The interviews with youth and young adults who had left the Catholic faith revealed that the typical age for this decision to leave was made at 13,” Dr Gray wrote.

“Nearly two-thirds of those surveyed, 63% said they stopped being Catholic between the ages of 10 and 17. Another 23% say they left the faith before the age of 10.”

Of those who had left the faith, “only 13% said they were ever likely to return to the Catholic Church”, Dr Gray wrote. And “absent any big changes in their life”, he said to CNA, they “are probably not coming back”.

The most common reason given for leaving the Catholic faith, by one in five respondents, was they stopped believing in God or religion. This was evidence of a “desire among some of them for proof, for evidence of what they’re learning about their religion and about God”, Dr Gray said.

It’s a trend in the popular culture to see atheism as “smart” and the faith as “a fairy tale”, he said.

One reason for this might be the compartmentalisation of faith and education, where youth may go to Mass once a week but spend the rest of their week learning how the faith is “dumb”, he noted.

In contrast, if students are taught evolution and the Big Bang theory at the same school where they learn religion, and they are taught by people with religious convictions, then “you’re kind of shown that there’s no conflicts between those, and you understand the Church and Church history and its relationship to science”, he said.

With previous generations who learned about both faith and science as part of a curriculum, that education “helped them a lot in dealing with these bigger questions”, he explained, “and not seeing conflict between religion and science”.

Father Matthew Schneider, a priest who worked in youth ministry for four years, emphasised that faith and science must be presented to young people in harmony with each other.

A challenge, he explained, is teaching how “faith and science relate” through philosophy and theology. While science deals only with “what is observable and measurable, the world needs something non-physical as its origin, and that’s how to understand God along with science”, he said.

“It was the Christian faith that was the birthplace of science,” he continued. “There’s not a contradiction” between faith and science, “but it’s understanding each one in their own realms”.

How can parents raise their children to stay in the faith? Fr Schneider cited research by Christian Smith, a professor of sociology at the University of Notre Dame, who concluded that a combination of three factors produces an 80% retention rate among young Catholics.

More parents need to be aware of their childrens’ beliefs, Dr Gray noted, as many parents don’t even know that their children may not profess to be Catholic.

The Church is “very open” to science, he emphasised, noting the affiliation of non-Catholic scientists with the Pontifical Academy of Science, including physicist Stephen Hawking, a noted atheist.

There is “no real conflict” between faith and science, Dr Gray said.

“The Church has been steadily balancing matters of faith and reason since St Augustine’s work in the fifth century,” he wrote.

“Yet, the Church has a chance of keeping more of the young Catholics being baptised now if it can do more to correct the historical myths about the Church in regard to science,” he said.

The Church must “continue to highlight its support for the sciences, which were, for the most part, an initial product of the work done in Catholic universities hundreds of years ago”.—CNA