What God Wants from Us

God’s first call to us is to be human. Hence St Irenaeus could say: “The glory of God is man fully alive.” The 19th-century Danish theologian and philosopher Soren Kierkegaard said: “To need God is a human being’s highest perfection.” If man did not have absolute need of God, he could not (a) know himself, and (b) be immortal. 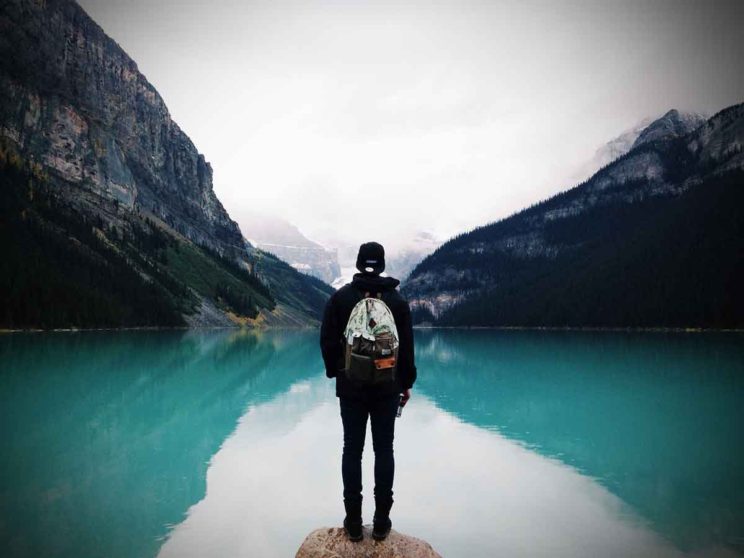 In his book The Sickness Unto Death, he wrote: “The formula that describes the state of the self when despair is completely rooted out is this: in relating itself to itself and in willing to be itself, the self rests transparently in the power that established it.”

To be fully alive is to love God with the strength of our lives, the light of our conscience, and the extension of the courtesy we allow ourselves to our neighbours.

Sin — our desire for wrongful independence — makes us disobedient. At the very least, it disappropriates our passions, even good ones — especially good ones. Sin makes us serve only our egos, and not God and others.

Kierkegaard says when man — the synthesis of the finite and the infinite, the temporal and the eternal — becomes anxious due to the “dizziness of freedom”, looking down into his own possibility, laying hold of finiteness to try and support himself without the infinite, then this introduces despair in man. That is the “sickness unto death” of the book’s title.

The Catholic Church, in contrast to other Christian religions, teaches it is God who seeks us in this despair, rather than the other way around.

God calls us to holiness, communion with him. As such God came in the human form to give us life more abundantly. And as such, Yeshua the Christ is the only authentic man that ever has been. Encountering Christ is the crucial process of becoming fully human, thus the glory of God, which is the ultimate joy of Christmas. Sin — our desire for wrongful independence — makes us disobedient. At the very least, it disappropriates our passions, even good ones — especially good ones. Sin makes us serve only our egos, and not God and others.

In Yeshua the Christ, God invites us to experience the communion of love that is the life of Trinity: Father, Son, and Holy Spirit. This love is the only thing capable of saving us from the destructive force of egoism, hatred and falsehood.

It points out to us the false gods that draw us into slavery: the love of self to the exclusion of God, the greed for money, power and pleasure that degrades our human dignity.

It demands faith, which cannot be attended without humility. Humility is the acceptance of who we are, which gives a soul the ability to give self in trust to God with all its misery — what Kierkegaard calls being transparent to the Power that established it.

God incarnate came to rid us of the habits of slavery, to teach us not only to live right but also to avoid bad judgments. Thereby he gave us the power to worship God in a right manner also, so as not to fall for golden calves of false prophets and disgusting habits of superstition like eating snakes, drinking petrol, being sprayed with insecticide and all which demonstrates our false powers against evil. These are tendencies of prophets of Baal.

In the manner by which evil doctrines in politics are now being cushioned with talk of humanism, the cleverest trick the devil has played in our times is to use the traditional Christian weapons of evangelisation, worship and prayer to mock goodness and subvert the Gospel.

God allows this to expose our spiritual bankruptcy. It does not end with the fly-by night places of worship, or the window-dressed profiteering pastors who coast on glitzy charisma of the so-called prosperity gospel.

It goes deeper, also to the traditional churches that have become formulaic, stuffy and lacking in the vitality of the living Word of God. Their failure is one reason why people opt to put their trust in these doom-spraying wolves in sheep’s clothing.

People no longer feel the burn of the reviving Word like the disciples did on the road to Emmaus. The Church is alienated from them. Unlike God, they do not go out to seek them in their despair; to evangelise them about things that make for true freedom.

The Christian Church is caught up in its own insecurities and scandals; leaving the flocks vulnerable to the wolves, the hyenas and the foxes who come down from the mountains to devour them.

Indeed, the Catholic Church today tends to breathe too much with its Petrine lung and not enough with the evangelising Pauline one.

But we must not absolve the wandering flock from blame. They too have the responsibility of seeking out their salvation. God does not liberate us into goodness without our cooperation. The faith required of us is not the suspension of reason. And God does not get blackmailed by emotions and desperation.

It is not possible to sing yourself into salvation without first understanding the demands of grace. The attitude of “I bring my pain and desperation, God must take care of the rest” is not enough sometimes, even for mercy.

God demands, for his glory, that a human be fully alive. This means making optimum use of our intelligence. Then the Holy Spirit, the Counsellor, will guide you in all things.

The Mercy of God cannot be thwarted by anything except the sin against the Holy Spirit, that is, in this writer’s opinion,  the refusal to act according to the light of your conscience.