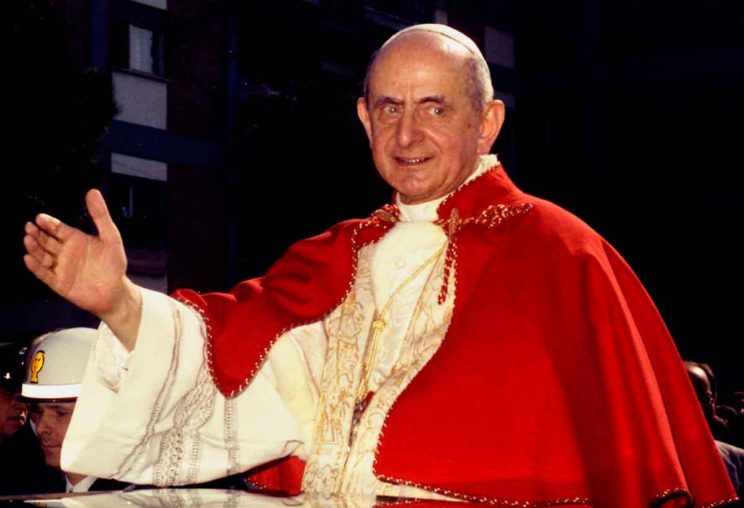 March 26 marks the 50th anniversary of Populorum Progressio—and it’s a great reason for the Church across South Africa to celebrate. However, don’t be ashamed if you did not know about the anniversary or indeed had never heard of the document.

Although the Second Vatican Council ended in 1965, there was still work to be done and Pope Paul VI continued to produce far-reaching encyclicals in the years that followed.

Next year we will have the 50th anniversary of his more famous encyclical, Humanae Vitae. This year gives us a chance to reflect on a less widely known but, some would argue, more influential document that continues to affect the Church and the world 50 years on.

The Latin title translates as “On the Development of Peoples”. Such a subject might seem non-controversial to us now as we are used to popes commenting on climate change, unrestrained capitalism, workers’ rights and global inequality. But 50 years ago this was still relatively unexplored territory for the Church.

One of the reasons why Council Fathers at Vatican II had so many experts — or periti — was because they were beginning to deal with issues like economic theory in which they had not been schooled. No wonder Archbishop Denis Hurley called it “the greatest adult education programme in the history of the Church”!

Pope Paul uses this document to develop themes which start in Vatican II’s statement on how to be a “Church in the Modern World” (Gaudium et Spes). And he brings a dramatic and innovative approach to development which we need to keep hearing today.

He focuses the whole document around “the complete development of each human person”. Bear in mind that up to that point, responding to the destruction of the Second World War and the disruption of decolonisation, development was seen very much in macro-economic terms: massive infrastructure projects or wholesale reconfiguring of national economies to maximise GDP.

The idea that the test of development was how it impacted on individual human beings — and that it should consider not just their economic well-being but their complete development— was a genuinely new contribution.

It is important that Paul VI is the pope who authors this encyclical. Again, we are used to the era of papal globe-trotting but, before Paul VI, no pope in history had travelled beyond Europe and the Mediterranean. In the 1960s, Paul visited India, the United States, Latin America and Africa.

He had even visited South Africa before he became pope as shown by the appearance of his name, Cardinal Montini, on the foundation stone of Regina Mundi church in Soweto.

His concerns are the concerns of the whole world not just one small part of it.

I think that we as Catholics can be genuinely proud of Populorum Progressio. It brought into clear focus work of the Church that was already emerging and then continued to strengthen in the years that followed: an engagement locally and globally with development issues, the growth of Caritas agencies, the creation of the Pontifical Commission for Justice and Peace and its diocesan versions, the foregrounding of “the preferential option of the poor”.

Since he is looking at the whole world, he focuses on the inequalities between rich countries and poor countries. But the phrases he uses resonate for us no less within South Africa, and perhaps even more so in 2017 than they did in 1967: “Peoples in hunger are making a dramatic appeal to peoples blessed with abundance.” And: “There is also the scandal of glaring inequalities not merely in the enjoyment of possessions but even more in the exercise of power.”

The team at the Denis Hurley Centre see the result of this every day in Durban in the way that the poor, the homeless, refugees and the marginalised are treated by wider society. But, in fact, we can see this in every part of South Africa, if only we opened our eyes to look.

Although identifying the huge scale of the problem, Pope Paul does not believe it is beyond the scope of humanity to respond. But he warns us that the “road towards a greater humanity requires effort and sacrifice”.

Perhaps we fall into the trap in South Africa of believing that those who do not have will see their lives miraculously transformed without any “effort or sacrifice” on the part of those who have. He also stresses that we cannot do this alone. This is a warning we can never hear too often.

In 1967, South Africa was preoccupied with the specific injustices and inequalities of apartheid. Perhaps Pope Paul’s words were not as widely heard then as they were in other parts of the world. But they certainly need to be heard today.

Again, when we translate his general challenge to the whole world into a specific challenge for us here in South Africa we can see how much more is left to be done: “Human must meet human, nation meet nation, as brothers and sisters, as children of God. In this mutual understanding and friendship, in this sacred communion, we must also begin to work together to build the common future of the human race.”

Are we yet working together to build the common future of humans in South Africa or even in our own towns, let alone in the whole world?

Raymond Perrier is keen to hear from readers who have memories of the reaction to Populorum Progressio in South Africa, in seminaries, in religious communities or in parishes. Write to raymond@denishurleycentre.org