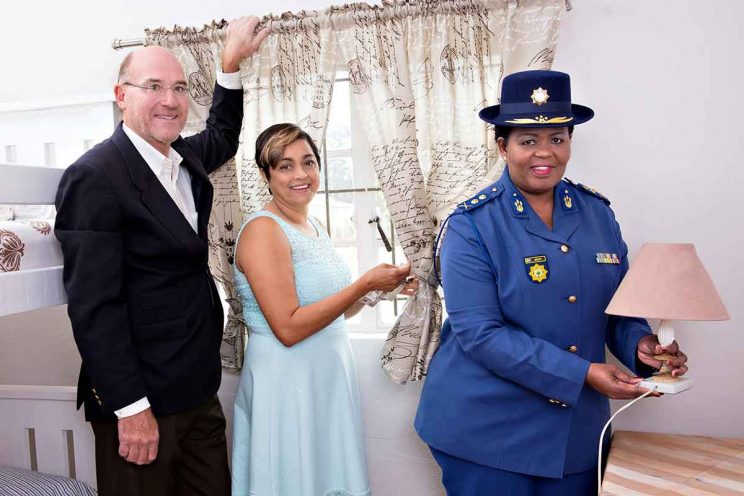 Drug addiction – it’s a scourge in our cities and villages. It wastes lives and it destroys families. It’s a social problem, a medical problem and a moral problem. It affects every type of family, regardless of colour, religion or income level — but inevitably the poorest suffer more.

We are tempted to blame the victim even though we know that does not actually help address the problem. We feel helpless, and fear that there are no solutions. And so our usual response is simply not to talk about it, in the hope that it will just go away.

We have made a lot of progress in our response to Aids (though it is still far from perfect). But we are only just beginning in responding to drugs.

In the exhibition of the life of the late archbishop at the Denis Hurley Centre in Durban, we have a photo of him and a very young Zweli Mkhize, then KwaZulu-Natal’s MEC for Health, wearing red ribbons and talking about Aids back in the mid-1990s.

Cardinal Napier has been standing alongside other religious leaders to do the same in tackling drugs: encouraging them to speak about it so that families will also speak out and ask for help without fear of being stigmatised.

At an initial event at the Denis Hurley Centre, Cardinal Napier shared a stage with Hindu, Jewish, Christian and Muslim leaders, standing side-by-side and talking about drugs. They did not talk about addiction as something remote and alien that happened out there to other people. Instead, they bravely shared stories about how addiction had affected their own family members and their home communities.

If drugs are found even in their families, they were saying, don’t be afraid to ask for help when it happens in yours.

Priests Taught How to Counsel Addiction

This approach is filtering down through the religious structures. For example, Durban’s hundred Catholic priests spent a day last year learning about drugs, and reflecting on what role they, as priests, should play as leaders in their local communities.

Fr Grant Emmanuel recounted a chilling story of his first arrival in Chatsworth. He was told there was a big drugs problem but he didn’t see it. Perhaps, he thought, it was all an exaggeration.

Then he visited a family and discovered in their home not just the two children whom he had met at church but a third child who effectively had been locked away in an attempt to help him tackle his addiction. How many more families, he wondered, are also hiding their drug problem for fear that their religious community and even their pastor might reject them?

Religious leaders who have their own problems of addiction—all too often to alcohol—are especially well placed to minister to those in need: if they can be open about it.

US Jesuit Father Thomas Weston recently toured Southern Africa to give courses and retreats about addiction as part of this year’s Winter Living Theology, the programme offered every year by the Jesuit Institute.

It is because he is a recovering alcoholic himself that Fr Weston can minister so effectively in this area. Having been sober for 40 years, he understands how challenging it is.

But he also knows it is possible to overcome any addiction with assistance from others and the help of God’s grace.

It is the ingredient he refers to as “God’s grace” that is key to the religious response to addiction.

Many people will know of the 12-step programme that is taught by organisations like Alcoholics Anonymous and Narcotics Anonymous — both of which are doing wonderful work and often meet in our churches.

Although these are explicitly non-religious organisations, open to people of all faiths, one of the steps they ask addicts to take is the recognition that there is a “higher power” who can help them overcome their addiction.

Pleading With a Higher Power to Help

We may call this higher power by different names (or by no name at all), but, they argue, we cannot ignore the key role it plays in the lives of addicts to help them move beyond themselves.

The most effective programmes for tackling addiction that I have seen are those that recognise the importance of spirituality in the life of the addict: whether it is the Christian-centred approach of the Harmony Retreat centre in Greytown or the Muslim tradition of RAUF operating in Chatsworth.

They are leveraging the concept that all religions have of “conversion”: not in terms of changing one’s affiliation but one’s life. Conversion recognises that a change of heart and mind is required if there is to be any long-term change of behaviour. And conversion is more than just a one-off event: it is a lifelong journey.

That is why a residential rehabilitation programme — appropriate for some addicts, when they are ready — is not a miracle solution but an important way to move forward.

It is to be called the Napier Centre 4 Healing — The Southern Cross reported on its launch last week —  and will welcome addicts of all religions; spirituality will be integrated into the year-long rehab and reintegration programme.

Alongside other religious leaders who have joined the cardinal as patrons, he recently launched an appeal to raise money to build and run this centre.

And we can start that response by making sure that addicts and their families feel welcome and loved in their faith communities.

For CDs of the talks given by Fr Thomas Weston contact info@jesuitinstitute.org.za; for more information about the Cardinal’s project see www.napiercentre4healing.org.za

Racism: Clouds over the Rainbow

Pope: God Weeps With Those Who Suffer

Why We Have to Plan for Successors