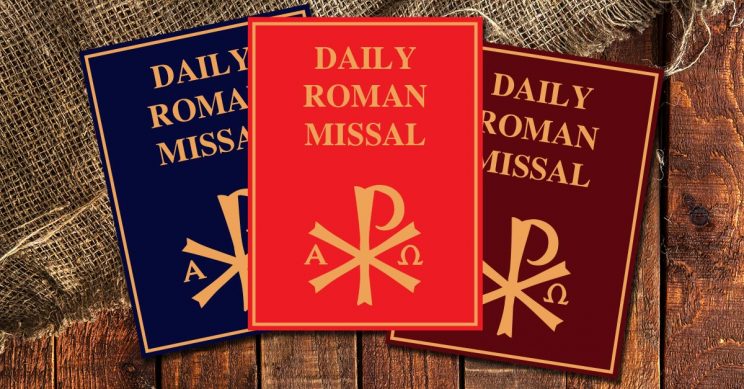 Pope Francis set down a marker recently when he affirmed “with certainty and magisterial authority that the liturgical reform” which followed the Second Vatican Council “is irreversible”.

Addressing an Italian conference on liturgy, the pope ruled out the possibility of the Church reverting to the pre-conciliar Mass, in Latin and with priests turning their backs to the congregation. It is intolerable when the liturgy is being used as a proxy in ideological and theological conflict

Over the past five decades the liturgical reform has been subject to often bad-tempered debate. Traditionalists often use the Latin term for the reformed Mass, Novus Ordo, as a pejorative, representing not only what they see wrong with the liturgy but everything else in the post-conciliar Church.

For many progressives, on the other hand, the Old Mass symbolises a move to roll back the reforms of Vatican II.

But it is intolerable when the liturgy is being used as a proxy in ideological and theological conflict.

Pope Francis’ words seem to intend shutting down this battleground. The “New Mass” is here to stay, he is saying, and let’s concentrate on perfecting it.

The pope might also have addressed Cardinal Robert Sarah, the prefect of the Congregation for Divine Worship and Sacraments, who has urged priests to celebrate the Eucharist ad orientem, that is, with their backs turned to the congregation. The Holy Father has implicitly repudiated that recommendation.

In truth, in the mainstream of the Church, the liturgical war has gone off the boil in the past decade. One reason for that is, of course, that the lived memory of the Old Mass is fading, due to time and generational change. Perhaps the most important event in simmering down the liturgy debate was Pope Benedict XVI’s apostolic letter Summorum Pontificum, which was issued ten years ago.

There has also been an increasing recognition that the reforms of Vatican II, including the liturgy, didn’t happen out of the blue but were the culmination of decades of deliberation about how to respond to the long-standing needs of the faithful, as Pope Francis noted at the liturgical conference.

For this reason, he said, the Church must continue to rediscover the reasons for the reform and “overcome unfounded and superficial readings, partial revelations, and practices that disfigure it”.

What is Summorum Pontificum?

But perhaps the most important event in simmering down the liturgy debate was Pope Benedict XVI’s apostolic letter Summorum Pontificum, which was issued ten years ago.

The document, at the time controversial, permitted and encouraged the limited use of the 1962 missal — the last one for the old Latin Mass — in a church community where there is a demand for it.

Rather than legitimising calls for a return to the Old Mass or a contest between rites, Summorum Pontificum provided for a compromise.

Pope Benedict confirmed the New Mass as the ordinary rite — that is, the normative liturgy for the Mass — and the Old Mass as an extraordinary rite, meaning that it cannot be the norm in parishes, or be imposed on those who don’t want it.

Summorum Pontificum provided for a pastoral need, and in doing so diluted the opposition to the New Mass. Indeed, it might even have set in motion a reconciliation between the two rites.

Pope Benedict was right to put into action a plan that would make the Old Mass part of the post-conciliar Church, without it competing with the New Mass. It could not be that the Latin Mass, which for centuries was the lifeblood of the Church, was suddenly not valid any longer.

By permitting it in limited circumstances, Pope Benedict depoliticised the Latin Mass. It has turned out to be what The Southern Cross predicted in an editorial in July 2007: “a pastoral masterstroke which will solve some thorny problems”.

Latin Mass Should Be Preserved

The cycle of life is such that the number of priests who are able to celebrate the Old Mass is diminishing, as are the numbers of the faithful who request it.

Stripped of its ideological baggage, there should be a broad consensus that there is great beauty in the Latin Mass. The art of celebrating it should be preserved.

At the same time it must be acknowledged that the essence of the Mass does not reside in which language it is celebrated or which direction a priest is facing, but in the presence of Christ.

It is fundamental, therefore, that in the Mass due reverence is given to the presence of the Lord, and this can find expression in many ways — in Latin chant and in liturgical dance alike.