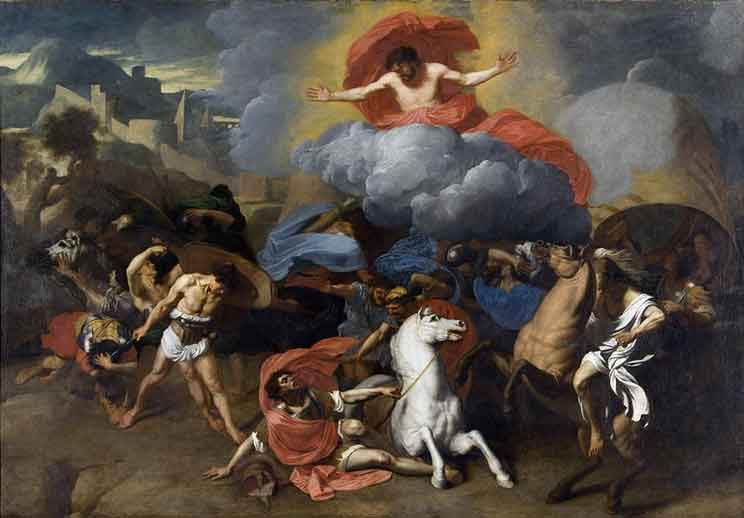 What did St Paul actually know about Jesus? Before his conversion on the road to Damascus (Acts 9:1-6) Paul would have known very little about Jesus. Having never met the historical Jesus of Nazareth, he had to rely initially on what was being said about him in Jerusalem by Jesus’ disciples and detractors.

As a strongly Torah-observant Jew, Paul clearly sympathised with those of his fellow Pharisees who saw Jesus as an imposter a false prophet and possible pretender to the throne of King David.

As someone whose political sympathies may have been less hostile than many Jews to the Romans Paul did not hide his Roman citizenship, after all he probably feared that excessive enthusiasm about Jesus kingship might incite revolt and Roman repression.

Above all it seems that he found the apparent relativisation of the Torah and literal understanding of Jesus as Gods son deeply offensive.

Ironically, after his conversion these were the very things that he would proclaim to all he met. As Cardinal Carlo Maria Martini once wrote: Jesus was for Paul the manifestation of the divine mercy.

Following his own experience of conversion to Christ, he would insist that rigid adherence to the Law was not essential for Gentile converts, and he would insist that Jesus was truly the Messiah of Israel, the one promised in Scripture, the fulfillment of the prophets.

So what did Paul actually know about Jesus? We must remember that Paul lived at a time when the early Christians had no gospels to speak of at best they may have started to write down a haphazard collection of remembered sayings of Jesus (which some scholars have called Q), many of which would later (in the 60s-80s AD) be included in what would become the gospels of Mark, Matthew and Luke.

Bart D Ehrman, a historian of early Christianity, has traced what Paul knew about the pre-Resurrection Jesus: that he was a Jew, born of a woman, born under the law (Galatians 4:4), believed to be a descendant of King David (Romans 1:3), and had brothers (1 Corinthians 9:5) one of whom was named James (Galatians 1:19).

In addition Paul mentions that Jesus had 12 key disciples (1 Corinthians 15:5) and conducted his ministry among the Jews (Romans 15:8). Paul recounts in detail that near the end of his life, before his crucifixion (1 Corinthians 2:2), Jesus had a last supper with his disciples which he commanded them to do in his memory (1 Corinthians 11:23-25).

Ehrman also notes that Paul claims Christ as his authority when he says that Christians should not get divorced (1 Corinthians 7:11) and that they should support their preacher (1 Corinthians 9:14). He also suggests that Paul may have had some idea of a teaching of Christ when he argued that taxes should be paid (Romans 13:7) and that the Law of Moses was fulfilled by loving ones neighbour (Galatians 5:14).

Paul’s Experience of the Risen Christ Shaped Him

This thin description of the historical Jesus should not surprise us. Paul’s central experience and greatest focus in his preaching the gospel was the risen Jesus he himself had encountered. In his letters he takes a few incidents and explains their significance to his audience.

Thus though we find few historical details of the crucifixion, we encounter Pauls theology of the Cross (1 Corinthians 1:23, 22, 8; 2 Corinthians 13:4; Galatians 3:1). Considered by scholar Michael Gorman as central to Pauls spirituality, the crucifixion is for Paul defeat turned into victory. God transforms suffering and death into resurrection. There is no shame in crucifixion; nor should any disciple hide or deny Christs death. Nor indeed should any disciple shy away from suffering, for we should be proud to be crucified with the Lord (Romans 6:6, Galatians 2:19, 5:24, 6:14).

However, Paul is no spiritual masochist taking pleasure in pain for its own sake. Jesus suffered and died so that fullness of life might be restored (Philippians 2:8-11, 2 Corinthians 13:4). It is the call to proclaim and work for the fullness of life that is the essence of true discipleship for Paul. If suffering is the consequence of proclaiming the truth, then so be it.

Pauls understanding of Christ is also rooted his understanding of Jesus as the New or Last Adam (1 Corinthians 15:22, 45-49, Romans 5:12-14). It is not necessary to believe in a literal Adam to see the value of Pauls comparison. Adam is the symbol of humanity in general the Hebrew word adamah itself means earth creature, and the story told in Genesis is a symbolic account of how humanity moved out of a state of primal innocence.

The New Adam, Jesus, is for Paul the man of heaven. In the famous Philippians hymn about Christ (2:6-11), we see an implicit set of contrasts. Adam was created in the image of God, but Christ was in the form of God. Adam grasped at equality with God, Christ did not. Adam tried to exalt himself and become a master, while Jesus emptied and humbled himself becoming a servant or slave. As a result of his disobedience and arrogance, Adam was brought low by God; for his obedience to God, Jesus was raised on high by God.

According to Genesis, Adams disobedience brought death into the world, but Paul argues that Jesus obedience even unto death brought new life and offers humanity a share in this new, resurrected life. Thus while humankind (represented by Adam) shall die, humanity is now able to have eternal life in Christ. Ronald Witherup sums it up neatly: Just as God acted creatively in Adam to bring the family of humankind into existence, so God now acts creatively in the person of Jesus Christ to bring into existence a new family of faithful ones.

This is part of a Series of St Paul