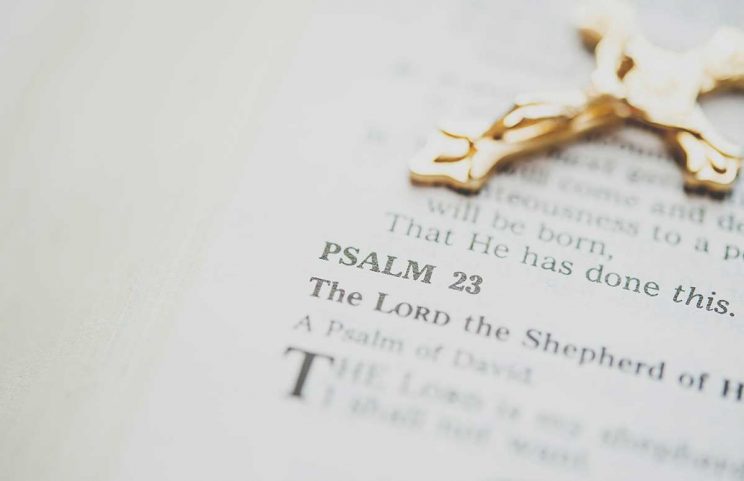 It used to be a common joke to say that while Jesus was Catholic, Paul was Protestant. Of course we know that both Jesus and Paul were Torah-observing Jews but as with many jokes it has a core of truth. Until recently, in their preaching and theological thinking, Protestants have tended to place greater emphasis on Paul than Catholics. Catholics and Protestants have also had serious disagreements about their interpretation of what Paul understands by salvation, in particular what he means by justification by faith.

Pauls essential Jewishness comes out in the way he links Jesus as Saviour to the history of salvation expressed in Gods relationship with Israel. Adam, the primal earth creature, embodied for Paul Gods original plan for humanity, ruined through disobedience. God then made a covenant with Abraham. This covenant, modelled on ancient treaties of peace, commerce and protection between powerful and weak states, was tainted by sin once again. Following that, Gods covenant with Moses was one of law summed up in the Ten Commandments and expanded in the 300-odd rules in Leviticus and Deuteronomy.

Such a covenant of law (Torah) with its duties and obligations, Paul felt, bound people under sin which obscured the underlying meaning of the Law, the love of God and neighbour.

In obedience to the Fathers will, even to death on the Cross, Paul concluded that Jesus fulfilled the Law and established a new covenant between humanity and God. The resurrection was Gods vindication of Jesus obedience which made it clear that the new covenant was no longer established under pain of sin but was a covenant of love.

The new covenant of love was a manifestation of Gods loving grace towards humanity. Gods grace offers human beings a power to transform themselves in accordance with Gods will (2 Cor 12:9). Moving away from legalistic language, grace was Gods freely given gift (Rm 5:15, 12:3, 15:15; 1 Cor 1:4) and expressed in the outpouring of the Holy Spirit on the disciples of Jesus (Rm 12:6).

Though Paul did not advocate wholesale rejection of the Law of Moses, his moral teaching in particular being a pragmatic adaptation of parts of Torah, he saw that this grace of God for those who acknowledged Jesus as Messiah and Lord was in many ways opposed to earlier emphasis on law and sin (Rm 5:20-21, 6:15, 11:6). What he did however acknowledge was that though followers of Christ were saved through the grace of God, any believer could fall from that grace through serious sin (Gal 1:6, 5:4).

Justification and Sanctification: Don’t Confuse Them

One expression of salvation that Paul uses has caused great theological tension down the centuries: justification. Here we need to, in a sense, blame Biblical Greek, which has a tendency to use one word for a range of subtly different meaningor have one root word which has different endings which can be very confusing, even to biblical scholars and theologians. (A professor who tried to teach me some Greek once remarked that 20 years on she still struggles with the language).

The word for justifications is dikaiosis and for righteousness its dikaiosyne, while the verb to justify is dikaioun. When the verb is used it can be translated as to be made right. Tensions arose in the 16th century Reformation where some held that one was justified or made righteous (dikaios) by faith alone: by simply accepting God’s salvation in Christ. This was particularly important to the Reformers who were reacting against the contemporary Church’s sale of indulgences a remission of penalties for sins, understood by many as an early modern equivalent of a Monopoly-like get out of hell free card!

Misunderstandings built on criticism and differing readings of Paul’s letters deepened the rift between Catholics and Reformers, with both sides often parodying the others positions. Catholics believed Reformers were saying that all you had to do was believe to be saved. Protestants claimed that Catholics believed that you could be saved by good works alone. As often happens in these cases, the truth behind the rhetoric is not so much either/or as both/and. Yes, Paul insisted that Christians were saved and made righteous by faith in the God revealed in Jesus, but as we have seen, he also noted that sin can make one fall away from God. Out of faith, too, Christians are compelled to moral behaviour, to loving service of neighbour.

Happily, we are today closer to a common understanding of salvation than we have been for centuries. Theologians and church leaders have revisited Paul, struggled with the Greek, acknowledged the rhetorical excesses, distortions and mutual misunderstandings of the past and come to greater agreement.

Drawing on the works of Catholic and Protestant scholars, including Michael Gorman, James DG Dunn and NT Wright (now an Anglican bishop), Ronald Witherup defines justification as Gods revelation in Christ Jesus as a covenantal relationship that now enables people to love God and their neighbour freely while awaiting final vindication on the day of judgment. Christians are saved/justified and made righteous before God by their faith which expresses itself in love for neighbour and good works.

This toenadering of traditional Catholic and Protestant views has been developing since the Second Vatican Council through the writings of scholars such as Hans Kung, who did groundbreaking work showing how the thinking of the great Protestant theologian Karl Barth’s theology of justification concurs with orthodox Catholic views. Ecumenical dialogue, promoted by Cardinal Bea during the Council period and subsequently by Cardinal Walter Kasper, has further strengthened common ground for agreement. This has led to a Catholic-Lutheran Agreement on the doctrine of justification in 1999.

Such positive steps towards greater union between churches today is itself a gift of Gods grace, something Paul himself would no doubt appreciate.