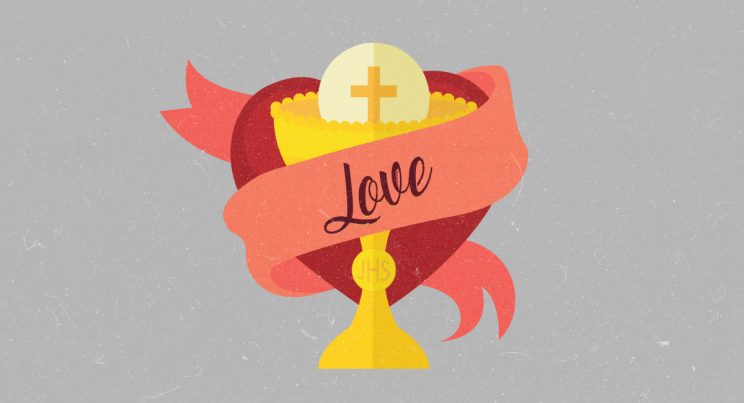 While some German bishops have decided that non-Catholic spouses of Catholics may receive Communion in individual cases according to pastoral needs, inter-Communion in Southern Africa is governed by the Southern African Catholic Bishops’ Conference’s “Directory on Ecumenism”, which was approved by the Holy See and released in 2003.

“The position is that the sacraments and most especially the Eucharist are signs as well as sources of unity and therefore are properly open as a matter of course only to those who are in full ecclesial communion with each other,” said Bishop Victor Phalana, the chairman of the SACBC’s Department of Ecumenism and Interreligious Dialogue.

“For us full ecclesial communion entails sharing the beliefs, same doctrine, the seven sacraments, the authority of the pope and the magisterium, and so on.”

Bishop Phalana said that there are certain conditions when a baptised Christian of another denomination may receive Holy Communion from a Catholic minister — but Catholics are generally not permitted to receive Communion from Protestant churches.

The SACBC’s Directory on Ecumenism makes provision for the administration of the Eucharist to non-Catholics under the following conditions:

– For a non-Catholic in danger of death or in cases of grave and pressing need (the norms for judging when such a need exists should be determined by the bishop of the local diocese;

– When a grave or pressing need justifies such sharing , the following conditions must be met:

The person admitted to such sharing must seek it of his or her own initiative; must be unable to receive the sacrament from a minister of his or her own church; must manifest a Catholic faith in the sacrament (acknowledging that it is the Body and Blood of Christ), and have the proper dispositions for the fruitful reception of it; and must be from a church whose baptism the Catholic Church recognises.

– As regards the sacraments of the sick and of penance, in the absence of the appropriate minister of their own Church, the mere request for such sacraments can be taken as evidence of pressing spiritual need and the sacrament may be administered.

– As regards the Eucharist, a spiritual need can arise for a Christian from another church or ecclesial community when attending a Eucharistic celebration for a special feast or event or when accompanying his or her Catholic marriage partner at Sunday Mass.

”We must also promote Spiritual Communion as one way they might respond to this spiritual need,” Bishop Phalana said.

“When a person, Catholic or non-Catholic, has an ardent desire to receive Jesus in the Most Holy Sacrament and in lovingly embracing him in a Spiritual Communion, they can, with contrite and humble hearts, ask the Lord to come to them spiritually in the same way he would if they were able to receive the sacrament.”

The Church in Southern Africa encourages those who will not be receiving Communion to come forward at the same time as others and, when they approach the priest, to cross their arms over their chest as a sign that they wish to receive a blessing.

Apart from the SACBC, bishops from Europe, North America and Australia have issued guidelines for allowing interchurch couples to go to Communion together on special occasions; most list those occasions as family funerals and the baptism, first Communion, confirmation, ordination or wedding of their children. Some bishops also include the couple’s wedding and wedding anniversaries, as well as Christmas, Easter and Pentecost.

When the SACBC in 1998 issued guidelines that went beyond listing special occasions when the non-Catholic spouse could receive Communion, they were asked by the Vatican to make revisions.

The final version was published in 2003 and notably eliminated a paragraph that had been in a revised version published in 2000. The passage removed spoke of the “unique situation” of interdenominational couples and how their sacramental marriage bond “seeks to be expressed and deepened by the unity of the couple at the eucharistic table”.

The deleted paragraph left open the possibility that the non-Catholic spouse could experience “serious spiritual need” each time he or she goes to Mass with the family; still, it said, the parish priest must refer the couple to the local bishop before the couple could regularly receive the Eucharist together.

See next week for Bishop Phalana’s fuller reflection on intercommunion.