The Poetry Of A Priest 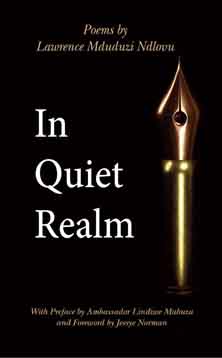 In his poem “The Daffodils”, William Wordsworth wrote that he would often lie on his couch “in vacant or in pensive mood”.

It is this kind of mood that is the source of the creative juices of writers and artists. It rests on a hoard of subconscious images and ideas that the writer awaits to rise impulsively to mind and to trigger a flow of alert lyrical expression.

This mood in a poet priest will naturally be drawn to feel and convey the hidden hand and heart of God in the world. We readily see this in the poetry of the English greats such as John Henry Newman and Gerard Manley Hopkins.

The anthology’s title, In Quiet Realm, is also the title of the first of the poems which reveals the spiritual key to his creative soul. Filled with awesome gratitude, he writes:

In quiet realm I found the Creator present,
and that I could comprehend so great a Designer,
albeit with a manner limited,
caused me to weep.

The poet tells of his awareness of God in South Africa’s history of oppression of the people and their uncrushed pride and patience. He does this with gentle words and no bitterness, a feature of his work which adds to the striking beauty of his poetry.

Fr Ndlovu’s spiritual insights are blended and weaved into his appreciation of contemporary politics and politicians, and his priestly understanding of what it means to be in this world without being of this world. 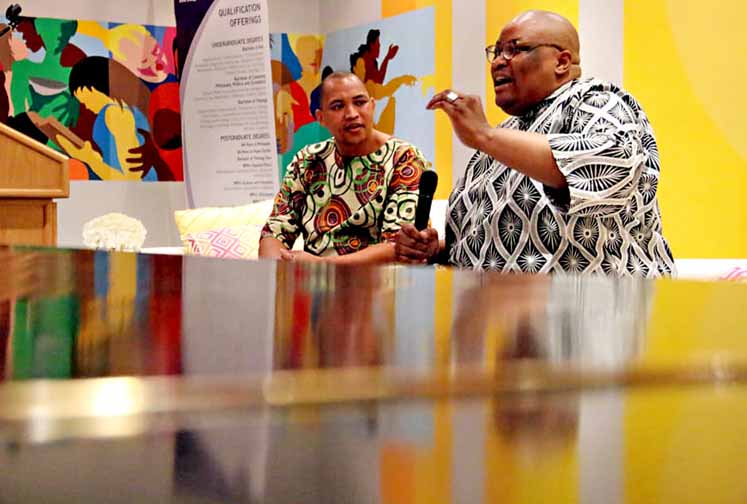 The quality of the poet’s well-rounded formation in his faith and his ability to phrase it attractively is recognised in the appreciation given in the anthology’s preface by Lindiwe Mabuza, a respected poet and academic and South Africa’s first black ambassador to Germany. Her comprehensive and intelligent assessment of Fr Ndlovu’s work is excellent in its own right.

As well as that, the renowned American Wagnerian soprano Jessye Norman has penned her own words in sincere recognition of the poet’s artistry.

An academic, theologian, writer and poet, Fr Ndlovu received the 2016 Youth Trailblazer Award from the Gauteng provincial government for his outstanding contribution to youth development. His incisive poetry is no less outstanding.

• Available in bookshops or through www.writeonpublishing.co.za