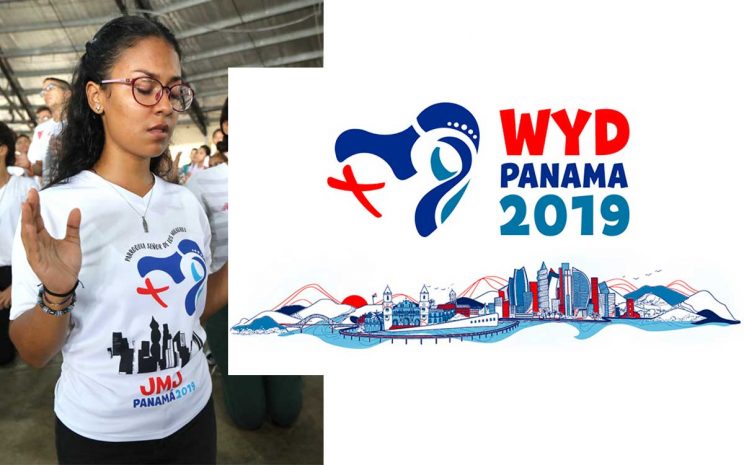 As World Youth Day (WYD) in Panama draws near, organisers said they are prepared to make young people from around the globe feel right at home.
While warm temperatures will greet thousands of young people in Panama City, WYD general coordinator Fr Romero Aguilar hopes that the warmth of hospitality also will make them feel welcome.

“People are opening their homes to house young people. We were surprised by how the people responded to the appeal for housing. We want all the kids to have a place, a space, a home,” Fr Aguilar said.

The theme for World Youth Day 2019 is taken from the gospel of St Luke: “I am the servant of the Lord. May it be done to me according to your word.”
Pope Francis’ visit to Panama from January 23-27 will be his 26th destination outside Italy, and his third World Youth Day.

During his visit, the pope will celebrate a penitential liturgy with young inmates at Las Garzas de Pacora Juvenile Detention Centre in Pacora. He will also visit Casa Hogar el Buen Samaritano (Good Samaritan Home), a centre dedicated to helping people with HIV/Aids.

Although fewer young people will attend the Panama event compared to past World Youth Days, local Church and government officials are optimistic and expect around 200000 young people to be there.

He also said that an estimated 37000 volunteers have signed up to help assist young people attending the event.
“As a Church, as a country, we are prepared to welcome thousands of pilgrims,” Archbishop Ulloa said.

However, for organisers of WYD, preparations to receive young pilgrims to the country is more than just an exercise in hospitality, they said. It is a means of spreading the Christian message of welcoming those in need.

The plight of Central American migrants making their way to the US border made headlines around the world and brought to light the dire circumstances that forces men, women and children to embark on such a treacherous journey.

“I believe that this trip [by the pope] will reverberate in the world, but especially in the area of Central America and it will also shed light not only on the reality that we live, but especially the reality lived by young people: of exclusion, of seeing themselves at times forced to immigrate and look for new paths, as well as the reality of violence,” Archbishop Ulloa said.

He also said that the pope’s presence in Panama will be like soothing “balm and fresh air for our young people to regain their strength”.
Fr Aguilar, the WYD coordinator, said that the warmth felt in Panama is not only “climatological but also human”. He hoped that people opening their homes to young pilgrims would encourage countries to open their doors to those in need.

“We have to give an example, especially in the case of immigration. This phenomenon is very much present in our countries,” he said.
“We must be welcoming so that nobody feels in any way that they weren’t allowed in Panama. It is a welcoming country and it will be an example of welcoming for everybody.”—By Junno Arocho Esteves, CNS